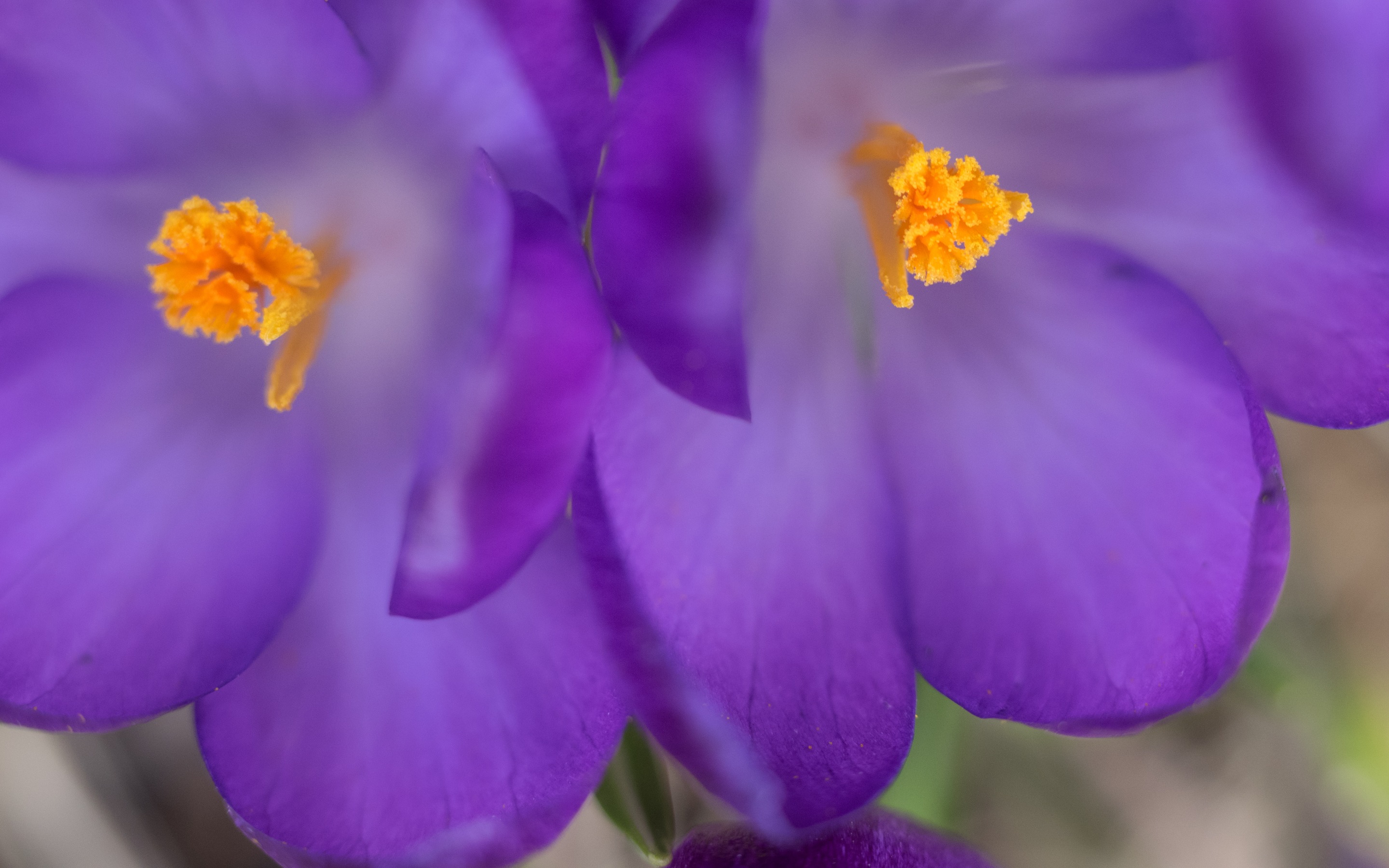 For the first time, I took my camera outside into the new garden to get some pictures of what is growing out there, much of which I have no idea what it actually is. We have a couple fruit trees (apple, pear, and cherry), as well as a few different berry bushes. Our neighbours also planted some strawberry plants in a little planter box we have set up, which should be pretty cool if they have some fruit, as northern strawberries are probably the best in the world - though not necessarily the prettiest.

There are also a few wild flowers growing around the place and a few different colour Crocus flowers (above) that are growing sporadically along the hedge and under the fruit trees. While the garden has a lot to be desired, it should be quite pretty once the Spring sets in and it is all green. Currently, most of it looks dead, but it is starting to come alive and bud.

This is the apple tree budding leaves. Neither my wife nor daughter can eat apples, which means that when I force my wife to make me apple pies at the end of the summer, I will be the only one who can eat them ;D

This one has a little way to go still...

And there are a few tiny blue flowers called, Scilla. I know I sound like I have a god idea about what I am talking about, but in this case - I searched google for the image and it found similar pictures. I wonder how good it will get and if I will be able to use it to then find out how to care for all of this weird stuff.

I also went urban exploring of an old house - but it doesn't look like anyone has lived there for a while.

As I have been destroying parts of the interior house walls, there is quite a collection of wood forming under the window that I have been throwing it out of. I am considering removing the nails and using it for something, but I am not sure if it has been treated with anything yet. The boards of the walls were actually used to first set the foundation in place, and then repurposed. I like that idea and would like to repurpose them again for something.

There are a lot of nails.

This is a gravel interlude. Enjoy.

A lot of the plants in the garden make me feel like home, as they are spiky and feel like they are trying to kill me - much like everything in Australia. One of the plants that forms a hedge is a Snowberry bush, which is poisonois and can cause mild sedation in children - perfect for bedtime!

And here is my daughter's (she is meant to look after them) strawberry plants. There are about 10 there and I have no idea how many strawberries are expected, but the first harvest should be around July.

And, do you know what this weird dinosaur egg thing is?

It is rhubarb. And again, my wife can't eat this so it will be another pie she has to make for me - perhaps she can make an apple and rhubarb pie? I am really looking forward to eating things from the garden - like a hippy.

There are quite a few other things out there that I have no idea about and likely won't until they grow more and I can google image search them. Our neighbour friend has a lovely garden and knows most of these things anyway, but it is a bit of fun to discover it for myself. I am not much of a gardener, but I have a "feeling" that I am going to end up doing a lot of the heavy lifting when it comes to tending to and maintaining it once it is ready. Plus, there is the snow work in the winter...

The other thing that I am looking forward to is getting a chair or tow out there and sitting for a morning coffee and an evening cider in the summer. With the nightless days, it is possible to spend a lot of time in the garden and still have sunlight warming the air - which is a great way to spend an evening.

Well - that is my garden so far - with a lot more to come in the coming years. This summer though, it is all about renovating the interior, so outside will have to wait, much to the annoyance of my wife - she will be double annoyed once the pie baking season starts.

Lovely shots! I love the nails and the gravel interlude. I hope you get your apple pie. Funny too! It's always a pleasure to stop by your blog

Thanks - it was nice to be out in the garden. It feels warm now, even though it is 8C :)

Beautiful images of a garden that promises to be fruitful and very beautiful. Just patience to see the harvest soon. I recommend you an application that I use to look for flowers, leaves and fruits of unknown plants to know their name, care and properties from a photograph, it's called PlantNet, I hope you find it useful. Happy Sunday, @tarazkp

Thanks! I will give it a go. I am hoping for some good strawberries :D