Is it for you? 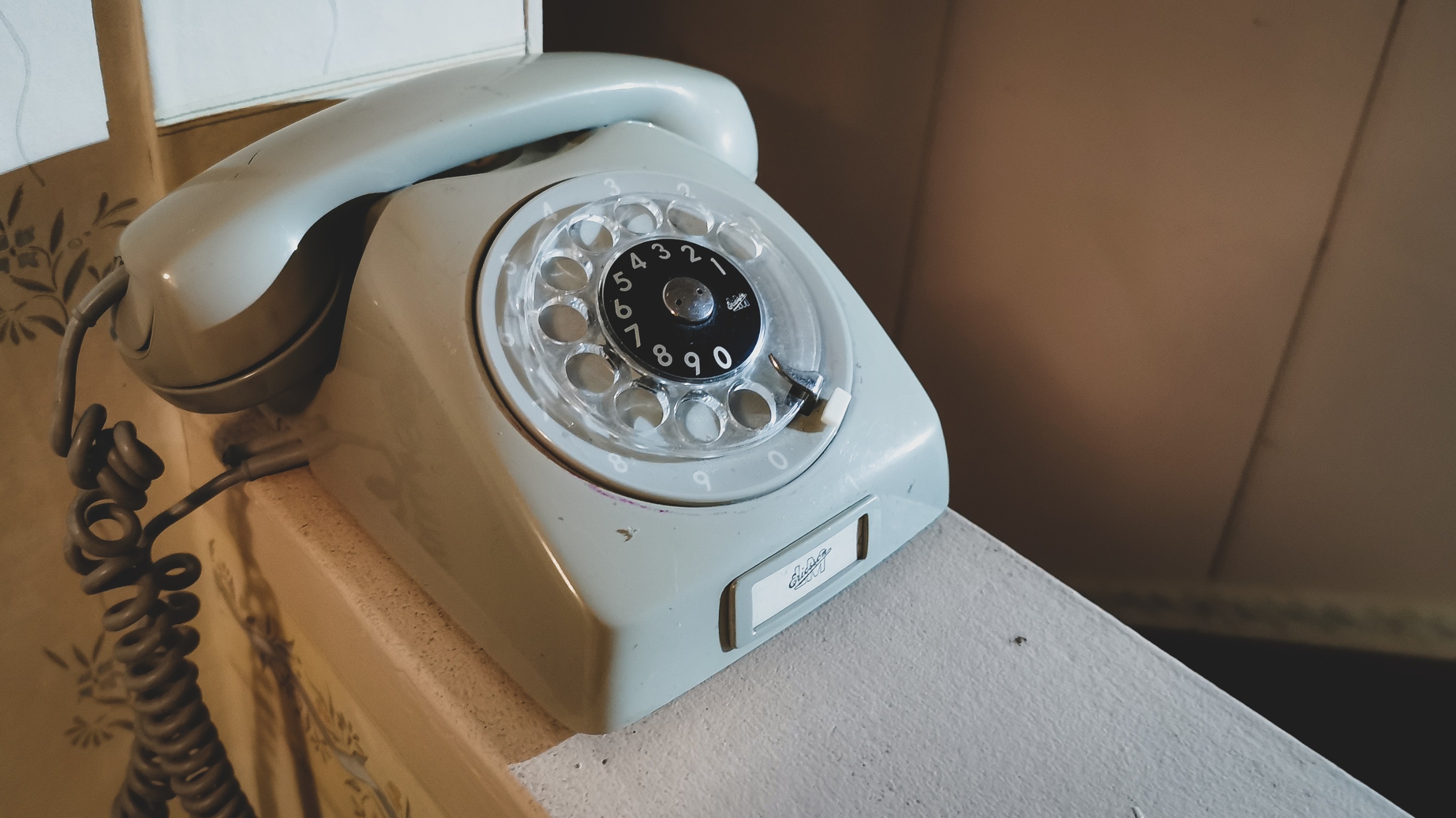 I was having a think about the 4 week powerdown period and I am slightly warming to the idea. If there was a way to make the process more secure than it would be by just changing a variable, I would probably support it. While I don't think that it will make a significant difference for bring in in investor money, I do think that it would likely shake some coins loose from those looking to take advantage of the swings and rather than lose 1/13th of their holdings, they might lose 25% at a time. In the short term this will put downward pressure on price, but long term it could be that those looking long will end up with more as t is easier to sell than buy.

I wonder if it is possible to do an analysis of all account Steem holdings prior to the pump of 2017/18 and then after. I wonder if for example the accounts that are here from 2016 and benefited from early adoption and a small community hold more o less than earlier. Thinking that if someone sold one Steem at the high of $8.30, they would have been able to buy 83 Steem at the lowest point. Even if they sold 1 Steem at 2 dollars, they would be able to buy 11 Steem today. However, most of the accounts that I have seen grow over the last two years are not the old accounts that were large prior to the spike.

The reason is probably a few things including that it is easier to sell Steem than buy Steem and the easier it comes, the easier to release. I find it interesting that the people who are often the most negative on Steem are also the ones who have benefited the most early on and used their earnings to buy land, into BTC, other projects or whatever else they might have bought along the way. Once the price starts to drop, it is hard to buy back because after having benefited, one can have the think it will not reach those heights again and it is lucky they got out when they did.

Perhaps they are right, but perhaps they aren't. What this means is that the more price starts to increase the more fomo they might have, but they will be able to buy less Steem. At the end of November 100 dollars would have bought 1000 Steem, whereas today it will buy about 570. That is quite a difference and if it goes to 25 cents it will buy 400, 50 cents 200. at what point will they bite the bullet and buy? Probably never.

What they will do is try to earn and all of those old accounts will arrive back on Steem hoping that their autos are still in place so they can take all they can as they did before. However, what they might find is that they are no longer as popular as they once were as the community will not only be larger, many of those with stake do not even know who they were. And to be honest, most of them didn't create the most engaging content back then anyway.

Participation is important in an attention economy and those who made their gains and ran could find themselves struggling on Steem in the future, and they will complain about how broken the system is now and how much better it was when they were active and then run again. The reality is that this is a stake-based system when it comes to voting, but that is not the only value that is important as social capital has its place too. And, the attention span is short online, especially when there is more of value out there.

What I am guessing and hoping is that due to the EIP, a lot of people changed their stake and removed their autos from people who have chosen to cash out both their Steem and their relationships, rather than adding to the community during the bear market. I hope this because in my opinion, those who deserve to gain the most from a bullrun should be those who have worked through the hard times to improve Steem or at the very least, staying active. In my opinion, earning is one side of the equation that draws value to an account, but pushing value out from the account is also an important factor and like it or not, in order to do that requires having some Steem power and spreading it.

I was looking at a stat from someone the other day that has earned over 200,000 Steem all told, yet only has earned 4000 in curation. Of course, they do not hold anywhere near that amount in Steem Power. High curation doesn't mean spreading of course though as there are many who have voted nearly exclusively on themselves and their alt accounts to maximize their earnings - no matter how much they earn on their main.

But, getting back to the start to get to the end. I think that if the 4 week powerdown period is introduced there will be many who will take advantage and sell, which will likely dump the price in the next bullrun faster than in the last, but the bullrun after... there might be a lot of holders and in that space in between they will have created an even more valuable floor price which could be higher than the price that the sellers are willing to pay. The question for them is, will they still be able to earn.

When the prices increase they will come a calling, but will someone answer?

Without checking, I'd say the middle class is completely different to what it was 2/3 years ago, and I consider that a good thing.

Without checking, I'd say the middle class is completely different to what it was 2/3 years ago, and I consider that a good thing.

Yep, and I would say that those who are still holding at the top end are more likely to be more community spirited in general. Not all though. Hopefully as prices rise they spread some steem and benefit too.

...I would say that those who are still holding at the top end are more likely to be more community spirited in general.

Yep I think so.
#
Some poor delegations early on didn't help, but slowly it seems things are changing for the better.

Your reflection and words are very good. You are very right in:

Old accounts will return to Steem with the hope that their cars are still in place so they can take everything they can as they did before.

I find the issue of losing 25% to be a minor issue for the blockchain and low risk for individuals.

Firstly, with most chains, it is 100% instantly.

With Steem, people tend to use their passwords more, but keychain is the top funded proposal and helps keep things safe. One can practice safe password use or divide their steem up between accounts and delegate sp and witness/proposal votes to their main. Lots of ideas exist.

The key is making sure your recovery is set, this gives Steem a unique advantage.

I'm a soft 'no' on changing it to 4 weeks. I think we should wait 3~6 months after SMTs and hardforks and have an education campaign in the meantime.

Also, more coding could be nice to allow people to hardset a lockdown period to prevent powerdowns between 4~ 52 weeks would be great. Require a password change to initiate or modify in case someone steals the existing one and lurks patiently.

Firstly, with most chains, it is 100% lost instantly.

This is true, but there is also a lot of risk here considering the social interaction and keys involved to talk across many interfaces. The security is a learning curve and while most people who are in crypto already understand, most people on Facebook or Instagram do not.

I think we should wait 3~6 months after SMTs and communities hardforks and have an education campaign in the meantime.

I agree and in that time, find a better solution to the security issues, like 2fa r similar.

I feel 2fa could be initiated by the dao.

Some capable dev needs to make a proposal where they would use something like authenticator for 2fa (active key or higher) and maybe even collect a mobile#/sns and email in a secure database. CIVIC would be perfect to authenticate people.

The SPS could fund a safu like insurance, if you verified, you are insured. Power uo the insurance Steem so it would take 4 weeks to pay out. In the meantime the SP in the insurance fund could be used to onboard and reward deserving people or whatever.

that is pretty interesting and I will think more on it, not that I am a dev, but I like to think about these types of things and see where it can lead, thanks! :)

@abitcoinskeptic you have received 20 ENGAGE from @tarazkp!
View and trade the tokens on Steem Engine.

@abitcoinskeptic you have received 30 ENGAGE from @tarazkp!
View and trade the tokens on Steem Engine.

I want the hardcore hold option. First time I powered up it was for 104 weeks.
Make RC's x2 for 104 week holders and I'd do it again in a heartbeat.

I have no idea what steem I've earnt via curation vs posting - I do know I put in alot of effort though. I'm crap at data, unless i beg @abh12345 for it - and even then, my eyes glaze over and I forgot what it told me lol. I wonder if people WOULD feel that way about people who've left and come back - sometimes I think we're pretty grateful when people come back after a long absence. The 4 week powerdown does seem a worry to me - a lot of people might sell - BUT if you know you can sell at any time and get a reasonably quick return, perhaps you'd just hold on anyway.

Then there's always the big personalities that seem to draw people's adoration even though they don't - and haven't - done much at all. That kinda gets my goat a little.

I came in when Steem was around the 3 dollar mark - that boggles me now. I don't even look at the price now - I can't be bothered with any negativity and complaining. It's all fun and games anyway.

I think 4 weeks is better but would like some sort of 2fa to secure the wallets better. Just in case the worst happens and a person gets in to your account. Especially if it is worth 100k just a password is a bit flimsy.

There are a lot of very non-technical people on steem, which is't the same in most of the crypto projects out there. This has to be approached with caution.