Crypto Academy Week #6 Homework Post for Professor @gbenga | Topic: The Security Benefits of Applying Blockchain Within any Industry, and the impact of cryptocurrency on the industry. By: @tanhunter254. 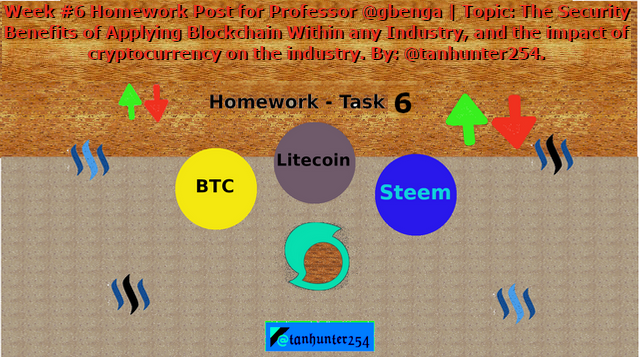 Own image created in Gimp, by: @tanhunter254

Crypto Academy Week #6 Homework Post for Professor @gbenga | Topic: The Security Benefits of Applying Blockchain Within any Industry, and the impact of cryptocurrency on the industry. By: @tanhunter254.

Before expanding the content I would like to highlight that many data and security companies, banking systems and others use forms of storage, exchange and tracking of unreliable information, these forms in many cases are unsafe and even manual systems among which may suffer errors and alterations that affect both the company and the end customer; that is why I believe that the blockchain is a way to solve many problems at the general level and is the future.

For these problems to be solved, everyone must migrate to the blockchain, no matter what type of companies they are, and the simple fact of observing that banks have suffered hacks is a reflection that their systems are unsafe, on the other hand companies buying / selling on the network could not only use the blockchain for a buyer to pay within the network but can track a particular process.

The security benefits of blockchain application.

The security benefits of blockchain application.Fuente-Pixabay

Due to the absence of a central authority or intermediaries the information is visible to anyone using the network, low cost in service, transparency and increased trust are just some of the benefits brought by the security and use of blockchain, Everyone wants security and to manage or track the information that runs in a particular activity or environment and what better than the adoption of the blockchain network, which can be considered as a secure system because no one has been able to violate it directly, therefore until proven otherwise the application of the blockchain is the safest way that exists in the world.

One of the factors that makes it safe is the way it has to verify the information or data for which it was programmed that blockchain, although these vary in their way of validating certain process are characterized by being safe and unalterable.

The impact of cryptocurrency on the industry.

The impact of cryptocurrency on the industry.Fuente-Pixabay

Although the blockchain has not been exponentially massified in the business world, there are some that have, but the main cause of the blockchain is known are the cryptocurrencies which if it has been adopted by many companies both large and small so either directly or indirectly are making use of the blockhain to accelerate mainly payment processes without intermediaries and efficiently.

The use of cryptocurrencies in common users has generated that cryptocurrencies are increasingly seen by companies with good eyes, also generating interest in the use of the blockchain, as well as wanting to generate a token or create an application through a blockchain as has happened with Ethereum and others that have allowed applications to be created in its network, either to exchange and trade using the currency of the network for example: (ether). Cryptocurrencies are increasingly taking over the commercial and economic sector, without excluding anyone or denying the use to a holder of these assets.

The Blockchain and cryptocurrencies allow things that a common currency or system does not allow, that is why the implementation and interest grows every day, cryptocurrencies eliminate barriers are the present and the future of the industry these adapt to any need or objective that you want to give them, as also the decentralization are a point in favor of everything that encompasses a blockchain and this is what all want to handle information freely and assets without controls, is simple words are synonymous with freedom for many.

Analysis for teacher @gbenga of week #6, if you want to participate in the assignment you can read the class from the link-The Steemit Crypto Academy Week 6: All About Blockchain Security 2 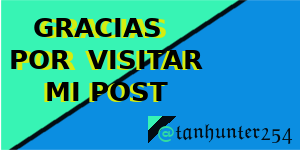 Thanks for being a part of this week's class.

Do you believe that in 2030, cryptocurrency will be acceptable in all industry?

Hello professor @gbenga thank you for reviewing my homework, I will make an example and give you an answer to your question, there are always the skeptics today with national currencies there are people normally of adult age who are reluctant to use a credit or debit card and only accept cash, this is because they consider safe to have physical money and believe that they can steal their money stored digitally in a bank, it will sound strange but it is so, in this case perhaps it is 0.3% of the elderly.

Now let's take it to the cryptocurrencies that are spreading every day, with the industries the same thing will happen, many will migrate but others will stay some in the past, the migration will be voluntary or forced to increase their volume of trade, it is possible that by 2030 75% or 83% of the industries accept it as a means of payment. In my country (with many political and economic problems) informal vendors already accept EOS, Dash and other cryptocurrencies, when I speak of informal vendors, I mean people who sell products on the street, repair and varieties, as well as formal businesses or franchises that accept cryptocurrencies, then I wonder if every day there are more people interested in learning and in a country with as many problems as Venezuela accept it, it seems quite likely that the industry will surrender to cryptocurrencies and blockchain.

I think I read once that you said that blockchain was something in its infancy, let's imagine then if being in its infancy it has achieved a lot in a short time, what will it be when it grows, in a few years. Exiten a small city in venezuela where I have heard that steem is moving, I hope you understand the translated answer. Greetings and good wishes professor until the next class.