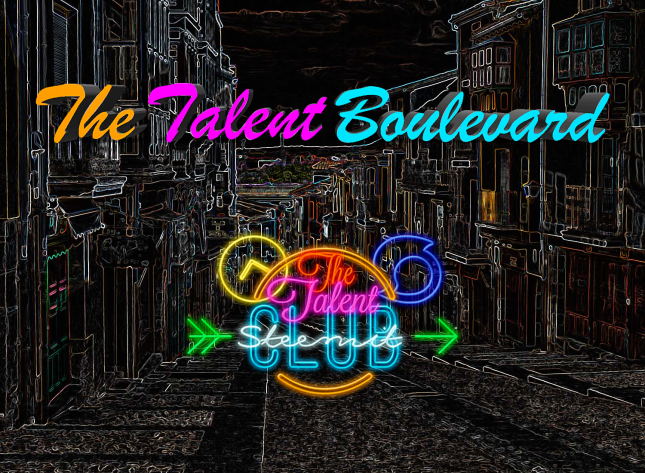 Welcome to the presentation of our ScotBot + Nitrous + Voting Bot and our own Talent(TLNT) token.

You can bookmark its address: https://www.thetalentboulevard.com/.

We will also take the opportunity to talk about us and our project for those who do not know us, even though we have been working as a club on the platform for a year and a half.

We are a large group of users (100 members, currently), versed in various themes, such as: painting, writing, music, medicine, graphic design or photography, among others, that decide to join to create a talent club with which operate as a single entity, for the common good, both of its members and the rest of the users or projects of the Steemit platform that we openly and selflessly support.

We are a club with reserved admission rights that bring together the best and most prominent members of the Hispanic community, giving them voice and vote, since our structure is democratic. We have created our own collaborative space, helping each other and ourselves, so that we never have to rely on external votes from other corporations. That is why, among other things, we put part of our individual SP at the service of a common account, that of the club, with which to help us and help other people. If you think you got talent and want to collaborate with us and help yourself and others, whatever the country you are from, send us your application for admission!

We have a Talent Minnows membership that aims to give financial support to all those small accounts that still cannot access our top memberships; for this, we implement an open delegation model, without obligations and without a minimum established (from 1SP), at the applicant's choice.

We have a Support Delegations membership which is also an open delegation model but with a minimum preset of 200SP, which allows you to enjoy certain club advantages but without having to comply with certain obligations.

We have a lottery service, totally free, in which we draw 10 STEEM every fifteen days among any Steemit user who signs up for the channel of the draw we have enabled on our Discord server.

It is the club itself that chooses for quorum, through private voting, its new members, based on parameters such as: talent, trajectory , trust and contribution to the club. Any user who believes he meets the requirements and wishes to join the club must go through our #application-for-admission channel and leave his request, for us to review and vote on.

It should be noted that this is a project that started from scratch, without the help of anyone except the members of the community that make it up and that, currently, we have more than 72,000 SP of our own.

The Talent(TLNT) is a token created with the Steem Engine whose objective is to reward more to the talented people of the platform and, of course, also to the members of The Talent Club and its allied projects. That is, anyone who owns tokens can give more tokens to those for whom they vote, as well as to anyone who receives a vote from The Talent Club or any of its members, will receive a token amount proportional to the percentage of vote received and the amount of tokens that the one who voted for him possesses.

There will be an initial 1M TLNT tokens airdrop for more than 300 Steemit accounts.

Everyone who uses the #talentclub tag in their articles will have a better chance of winning TLNT tokens, since by using it, their article will be automatically published on our parallel platform and we have there the account @gottalent, with 1 million tokens, ready to upvote good and talented content.

Each of the memberships has an equal voting base; for example, the Gold membership has a voting base of 13%. It is true that, then, to each of the members of that membership, depending on the amount of Steem Power with which they follow our trail, an additional percentage is applied as a bonus, which is different for each one of them.

We will have our own voting bot, thanks to which, all Steemit users who send Talent(TLNT) tokens to the @talentclub account, will receive an automatic vote proportional to the amount of tokens that they sent. Thanks to this measure, many more people will be able to enjoy our votes and even our own members will be able to receive more than one vote per day and with a higher percentage than their membership participation.

Said that, the voting bot only upvotes when our Voting Power is at 100% so, we ask for your patience in that respect.

We offer many ways to buy our token:


Remember that to access all the updated information of our project we recommend you to visit our website.

This post is supported by @tipU upvote funded by @dresden :)
profit sharing tokens | For investors.

Thanks! Watching for the Tokens to arrive!

I need to understand this better. May start with a lesser delegation for now and see. Thank you

Hi there, @nainaztengra. A pleasure.
We're a club that helps each of its members thanks to its delegated pool.
So, that way, we can give a daily vote that gives our members a reward that multiplies more than a x6 (after the seven days window and the curation cut) the amount that same quantity they delegated to us would have given in their accounts if they had not delegated it.
Example:
An user who delegates us 200 SP will receive in his post, daily, a 0.09$. Actually to get yourself a 0.01$ you need to be in possession of 600SP so, we're giving him after the curation cut 0.045$ wich represents more than a 600% NET return.
The same example for every of the delegations quantities we do accept.
Regards.