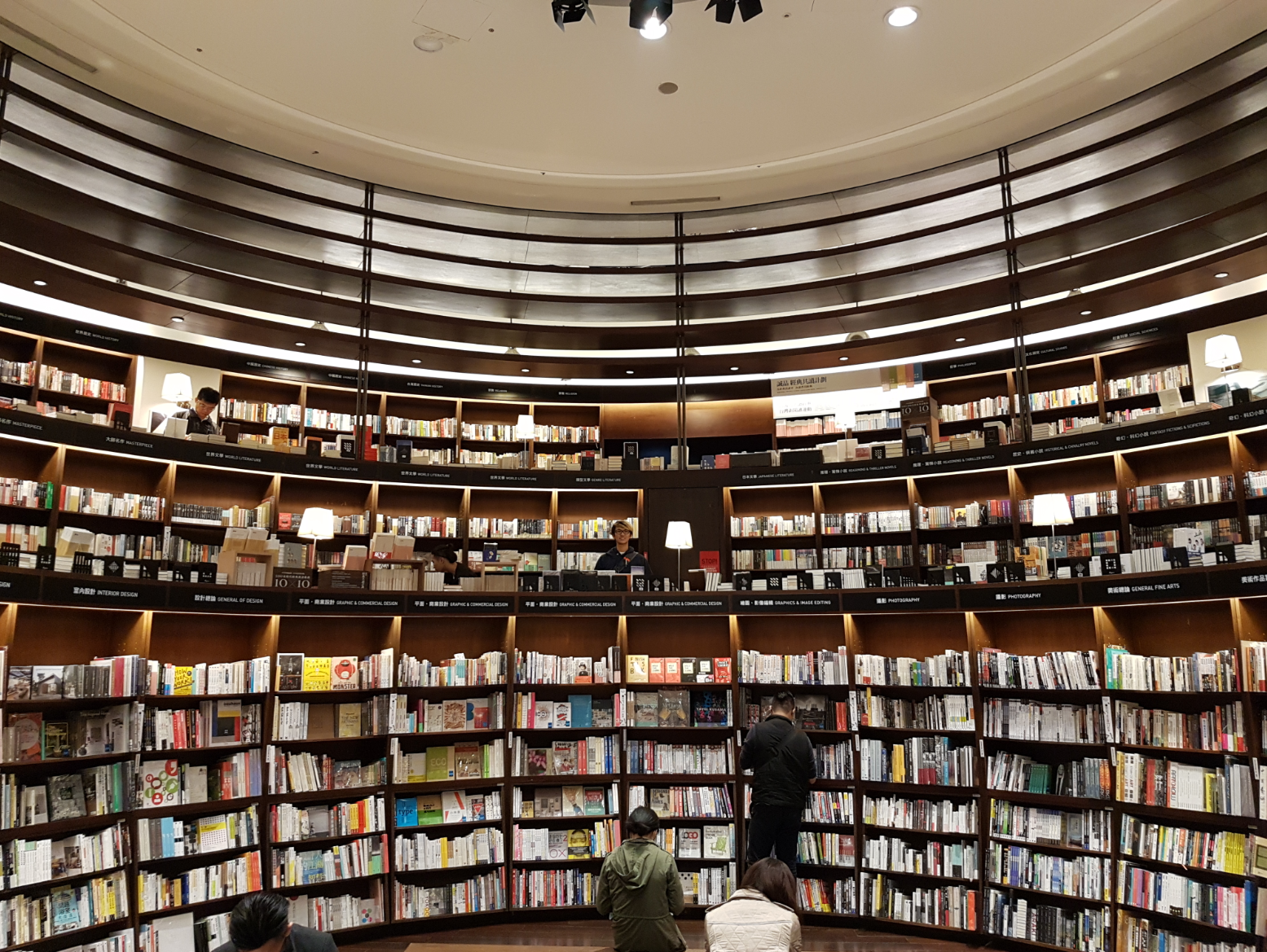 So if you didn't catch the last couple of posts, we're currently on a journey to Taiwan! This was back at the end of 2016 and was the second new year we spent overseas together! It was also my first time visiting Taiwan and I was really excited so here we go!

Last week, we had a late start and visited the National Chiang Kai-shek Memorial Hall pretty late at night but the view was still pretty spectacular:

And we also explored a shopping avenue at Ximen called Xi-Men Walker where we had plenty of street snacks and saw this cutie pie!

Today was special because we were going to Taichung! So for this entire trip we actually visited 3 different cities in Taiwan, because Sean's been to Taipei before so we wanted to explore some new areas. So our whole journey actually took us across the whole Taiwan, from top to bottom. And our second stop was in Taichung; right around the middle!

We had to get up earlier today since we had to catch our high-speed train (kinda like shinkansen). But first, brunch!

Unfortunately I can't remember where this is from or what it tastes like, but I reckon its from a place near the train station. Since we wouldn't want to be late in catching our train.

I think this meal had both hot and cold dishes, because I remember the bowl on the right was cold. But the meat tasted alright, and the hot bowl was pretty okay. It did satisfy me though, which was important since it was gonna be a while until we ate again.

After that, we had to find our platform and train.

And thankfully it wasn't that hard to find. The train actually really looked like the bullet trains in Japan.

The interior looked nice and comfy too!

So we settled in for a ride. It was only gonna be about an hour so not too long, but we did take a short nap.

And just a short while later, we arrived!

The station here looked just like the one in Taipei but was definitely more spacious with less people around.

Our airbnb was some ways away so we had to take a bus there.

And another hour later, we arrived!

This apartment was really nice and comfortable, and really spacious too!

The bathroom was huge!

And there was a nice view of Taichung Park from our window:

I was kinda tired from dragging our luggage around, so Sean let me take a nap until dinnertime.

There was a night market just down the street from our place called Yizhong street night market so we went to check it out and find some dinner.

And man, was it just bustling with people!

We made our way to the food section of the night market and there were stalls everywhere!

We were really hungry by then so we bought a quick snack of fried veggies to munch on while we look around. It's kinda like tempura and it was pretty yummy!

The entire street was just packed with people! I wanted to take a high angle shot to show all the stalls too and Sean managed to take this for me:

They had the same chicken stall called 1973 that we saw yesterday back in Taipei here too. But now we knew it wasn't that great so we didnt buy anything from there. But man, there was so much other stuff to see!

I think that's why I like going to night markets. You never know what you'll find and there's snacks abound!

But since this street was so ridiculously packed, we decided to head in a different direction and come back here later when the people have dispersed.

This part of the night market was more chill, and there was a stage with a live band performing. There were also seats so you could sit down and watch them while snacking!

But we weren't that interested and didn't have enough snacks so we just took a quick look around.This place reminded me of the older shopping centres in Singapore, where there's an open area in the middle and stalls lining the sides.

After that, we made our way back towards the food area and went to find a cafe with an actual meal since I was really hungry.

But we didn't want to be too full since we still wanted to try some street snacks so we decided to share a chicken cutlet curry omurice and some fried tofu:

Oh yea the cutlet also had some yummy melty cheese in it:

It reminded me of the breaded ham and cheese fillets my auntie used to make, and was so delicious!

Overall, this meal was absolutely scrumptious, and really hit the spot. The curry was Japanese-style curry, and tofu was pretty good too.

There was a department store nearby (which I believe in called Chungyo Department Store) and since we were pretty full now we decided to go check it out before coming back to the night market for supper.

And they had some Peanuts standees!

And soon we found a whole Peanuts store!

They had all sorts of merch! I was quite surprised with the amount of stuff they had since it looked like a pop-up store. But it was really nicely decorated.

They even had this silly-looking Olaf plush:

If you've read my Travel Japan series you'd know I'm a huge Peanuts fan (we even went to visit the Snoopy museum in Tokyo) so every time we coincidentally find a Peanuts store it's always a pleasant surprise! We were even wearing Snoopy shirts at the time!

There were quite a few special character stores like this Peanuts one and we found these cute hats!

And nearing the top of the department store, we found this really awesome-looking bookstore!

Can you spot where I am?

What a unique design! I think I saw someone post a picture of this place on 9gag along with other bookstores with cool interior designs.

The curved walls really gives this place an edge. haha geddit. Well, they looked really cool anyway. I wonder if it enables the store to keep more books on the shelves?

The dark wood and bright lights made this place seem surprisingly cozy. But definitely not too cozy that you'd just fall asleep like in a library. I guess they still want you to shop so they gotta keep you awake.

I like how you can just see all the books from anywhere in the store. They even had a glass staircase to the second floor:

And a more normal looking section of books on the other side:

The book store itself is actually quite huge, and probably housed thousands of books. The high ceiling probably helped make the store look spacious as well, and not cramped and crammed with books like other bookstores I've been to.

And with that, I think that's all for now! Sorry for the abrupt end, but I guess my phone must've ran out of battery because that's all the photos I have. I think after that we made our way back to the night market and got some snacks before heading back. But it's alright because we'll definitely be going there again so no worries!

Thanks so much for reading!

To find out more about me, check out my intro post here!

View this post on TravelFeed for the best experience.
traveltravelfeedtraveladvicetransportationfoodfoodiefoodoftheworldfoodphotographytaiwantaichungtaipeiphotographyhitchhikingbudgettravelarchitecture

Congratulations @taco.cat! You received the biggest smile and some love from TravelFeed! Keep up the amazing blog. 😍 Your post was also chosen as top pick of the day and is now featured on the TravelFeed.io front page.

Thanks for using TravelFeed!
@invisusmundi (TravelFeed team)PS: You can now search for your travels on-the-go with our Android App. Download it on Google Play