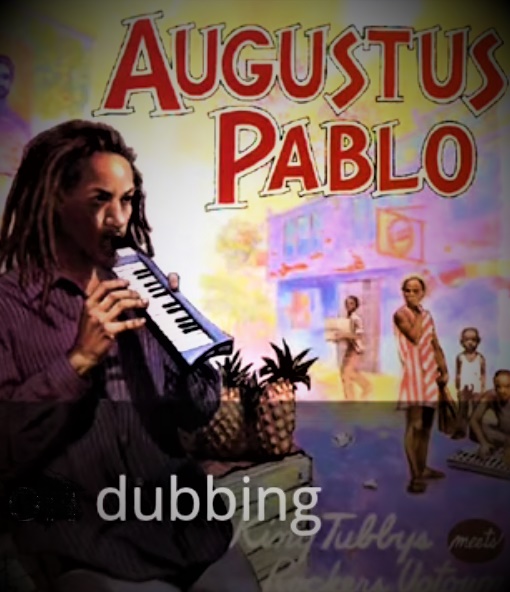 The King of Kings

Augustus Pablo, real name Horace Swaby, was the king of all kings when it came to the melodica. This rare instrument isn't the most talked about, and isn't very popular in music, but popular in reggae music from what I understand. It's like blowing into a mini piano. It has a keyboard and you play the notes as you blow into the mouthpiece. As defined on Wikipedia, the melodica:

"is a free-reed instrument similar to the pump organ and harmonica. It has a musical keyboard on top, and is played by blowing air through a mouthpiece that fits into a hole in the side of the instrument."

It's a pretty cool sounding instrument and King Swaby had his ways of Swabying the crowds when he played. I'm talking smooth like silk on this thing. I've got some tapes and his listens are always as soothing as it can get. Usually throw one in when I need to just sit back, relax, and chill mode.

He was a pure bred Jamaican, born in St. Andrew, specializing in roots and dub style reggae. He was also a record producer, keyboardist, and guitarist on top of his magician-like skills on the melodica. He has since passed away, but he will always be remembered, in my eyes, as the king of all kings of the melodic melodica.

Before Augustus' time, the melodica was very rarely seen used in reggae music. He popularized the instrument and it become embedded in the culture of the music we all so dearly love. Before the King's teachings, the instrument was commonly seen being used to teach the youth dem. He expanded the usage and popularized its rarity to expound upon reggae's already irie vibrations.

Probably best known for his album, King Tubbys Meets Rockers Uptown (1976) , often regarded as one of the most important examples of dub in reggae music. Without Pablo, the shapings of reggae and the melodica could have been much different. We truly wouldn't know.

What we do know is what we can still hear and witness today, thanks to Augustus "Horace Swaby" Pablo - THE KING.

Nice feature. Have had some nice Augustus sessions in the car listening to your tracks. I’m thinking I may do a CD feature on your collection here soon to the feed. Show the peeps you’re the real deal ( if they didn’t already know ).

Pablo Augustus and his
originally still reverberates
and lives on.

Definitely a classic.
You can see the artist at his best.
Good stuff!

Interesting instrument, it should not be easy to play it, it is somewhat more complicated than the flute, the sound goes hand in hand with the rhythm of reggae music, very good information.

@super-irie i first heard about this great man named "augustus pablo"from my late father,my father loved his music and he loves to play it alot most especially when we visit the beaches on a family outing,i was forced to start sitting down to listen to the music to know why he loves the music of this man so much,but when i started listening to the songs by augustus pablo i fell in love with his music too,they are so entertaining and also have lovely melodies and good messages.....