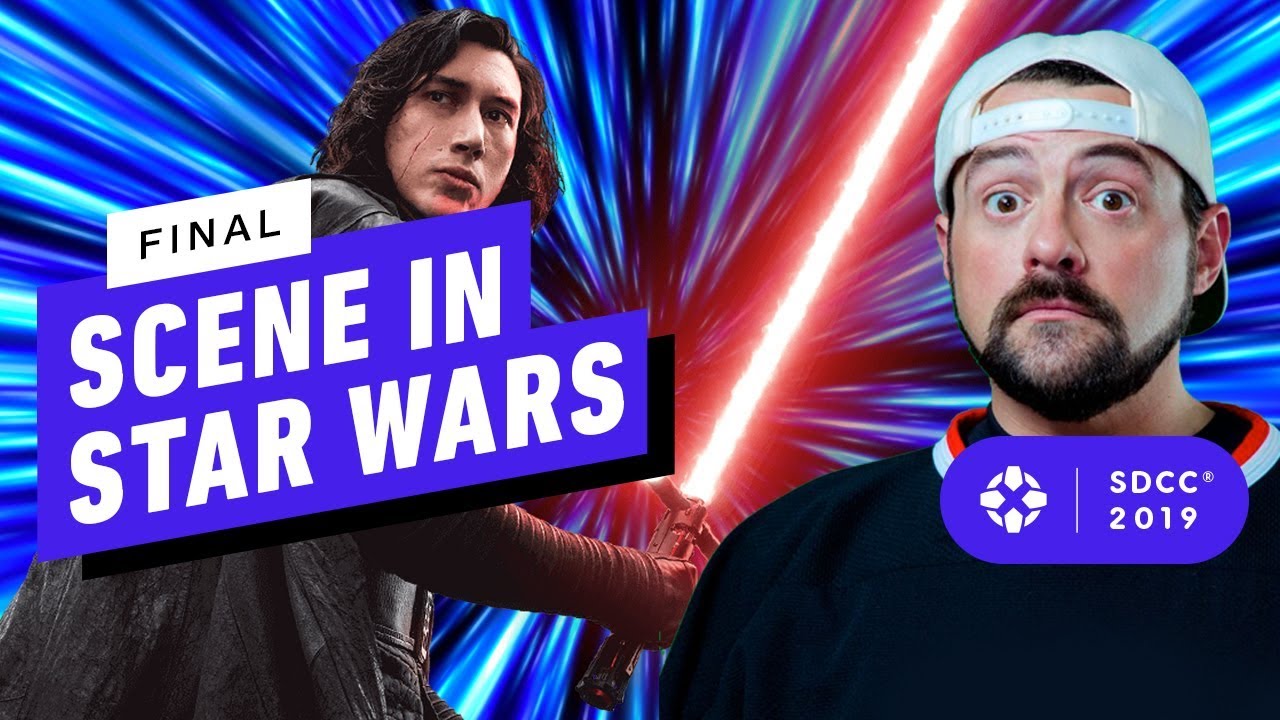 It's one of those age-old connudrums: if you could have your deepest desire granted, would you?

Kevin Smith, self proclaimed Star Wars guru, is as big a fan as you can get. (Just watch any of his Jay & Silent Bob movies) But when given the opportunity of a lifetime, he tapped into something stronger than The Force.. willpower.

IGN had the opportunity to sit down with Clerks director, Kevin Smith, at San Diego Comic Con to discuss his upcoming *Jay & Silent Bob Reboot following the announcement and redband trailer release yesterday.

Getting right down into the details, Smith and his counterpart Jason Mewes talk about their reasons for donning their famous characters again after a decade off, rounding up 25 years in the roles. The New Jersey based director gets up close and personal, talking about his near death experience last year.

In 2018, Kevin Smith 'almost died' from a heart attack, and decided it was time to take things seriously. It spurned him to getting on the ball about releasing the film, and also a major driving factor for changing his dietary habits. It also resulted in a promise that J.J. Abrams made to him.

The Star Wars: Rise of Skywalker director wrote to Smith and told him that if he recovered he could come to London and visit the set of the movie slated for release in December of this year. Kevin Smith, excited as a school boy, pulled through and took Abrams up on his offer.

Smith relates to IGN that:

“There was a scuttlebutt about the set there at Pinewood [Studios]. They’re like ‘you have to see this. When you see it, it will melt your mind.’ So I ask J.J., ‘they keep telling me I should see the set.’ He’s like ‘don’t. It’s the last shot of the movie.’" src

It wasn't an admonishment, it was a film-maker to film-maker piece of advice...Smith says Abrams replied: ‘You don’t want this spoiled. You want to be in a theater when this happens. Trust me.’

“Other people on the crew were like ‘bro, I wish I hadn’t seen it, but it will melt your mind,’” Smith added.

Showing a force of resistance that even Sith Lords couldn't compete with, Smith decided to heed his friend's advice and will wait to experience the conclusion of the Star Wars franchise in the theaters like the rest of us.

‘I’ll wait and get tricked, even though I could have seen what it was, I was like ‘I’ll sit back. I like your plan.’ [J.J. has] never let me down so far.”src

Jay and Silent Bob Reboot hit theaters this October, Star Wars: Rise of the Jedi will be thrilling audiences two months later, in December of this year.

What about you? Would you restrain yourself from seeing the 'mind melting' final set of Star Wars. Or would you have to know?? I don't know if I could resist! Let us know in the comments below!
moviesstarwarsdirectorsdccwillpower