With The Force Awakens we saw the introduction of the First Order Trooper, a more sleek looking version of the traditional Star Wars Stormtrooper. Then in The Last Jedi we got a slightly upgraded design in the form of The Executioner. Not as drastic a change from storm trooper to first order trooper, but still a badass design.

It seems like the final film in the franchise, upcoming The Rise of Skywalker will continue the trend of stormtrooper redesigns as Starwars.com officially revealed:

Earlier today, starwars.com announced that fans attending the upcoming Comic-Con in San Diego this month will be privy to some exciting new star wars exhibitions and merch.

Lucasfilm plans to use part of their booth at the 'mega pop-culture event' to celebrate the history of stormtrooper design — and the future.src A display at the Lucasfilm Pavilion will be showcasing a variety of imperial attire, including nine different screen-used costumes: Imperial stormtrooper, TIE pilot, death trooper, shoretrooper, biker scout, First Order stormtrooper, First Order TIE pilot, Captain Phasma, and the debut star: Sith trooper.

In regards to the newest outfit for the army of the darkside, Madlyn Burkert, Lucasfilm archivist, who is co-producing the exhibit, comments:

>“It has some really unique aesthetics to it, and it has some subtle ties to previous stormtrooper designs, which I think fans will enjoy discovering.”src

This year, the lucasfilm booth will be decked out in a Death Star theme to correspond with the stormtrooper exhibit. It also promises some 'surprises' surrounding the exhibit, including a 'photograph and video component'.

On top of at the spectacles and eye candy, fans at the annual conference will be able to pick up some cool gear from the new “Early Release Edition” Sith trooper products set to hit the market later this year. 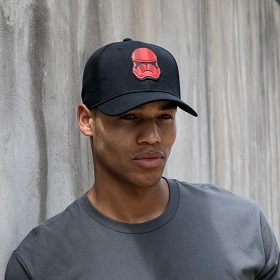 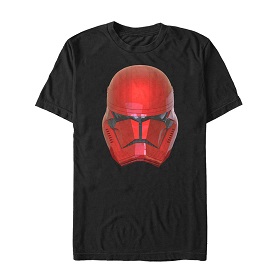 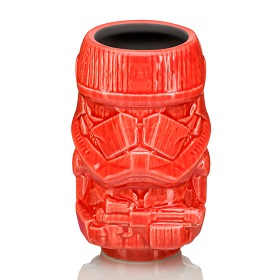 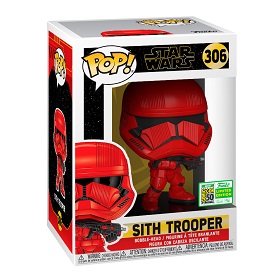 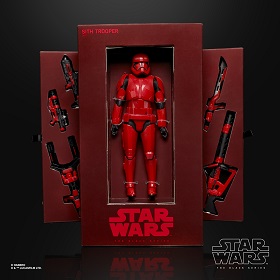 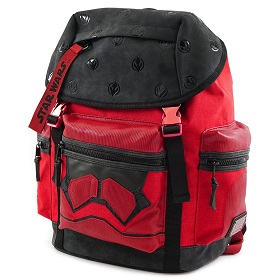 [I want that backpack!] src all

Either way, I'm a big fan of Star Wars, and a big fan of the imperial red on black scheme.. at first glance, I thought it was too much, but it's grown on me quickly.. I'm amped to see this badass in action on the big screen this December.. (probably will be trigger-happy and have horrible aim, but..) still pretty exciting stuff. And lucasfilm event managers agree.

>“We’re really excited to show this design history,” Burkert says. “It takes us from the beginnings of Star Wars and leads us right to the final chapter of the Skywalker saga.”

*Are you pumped for The Rise of Skywalker? perhaps you will be at *SDCC this year (July 18th-21st)?? If so I'm jealous! Leave a comment below!