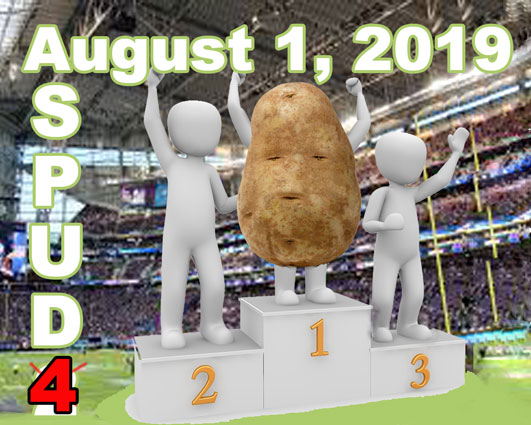 Teaching Others to Fish

By Steem Community demand Steem Power Up Day 4 (SPUD4) will take place on August 1, 2019. This SPUD4 event now has 4 prizes thanks to the many sponsors that are willing to support this initiative. This is totally amazing, and furthers the idea that many are interested in helping others to better their lives via the Steem Blockchain.

What other blockchain can say that?

*If the 1st Place Winner is from Aceh, Indonesia

*if no 1st Place winner from Aceh, Indonesia

Rules to Win Prizes for SPUD4 :

another Steemian has 100 Steem Powered up prior to August 1, and on August 1st Powers Up 20 Steem, then this 2nd user would be winning with a 20% power up versus the first example with a bigger power up but smaller percentage of only 10% based on their account.

Thank you to All our Prize Sponsors, Truly Amazing!!

Cheers Everyone, and Happy SPUDDING!

PS, SPUD4 could use this information in all the different languages used on the Steem Blockchain, thank you!!

Nice, lets do THIS

Let us all support steem by powering up. The value of Powering up supports the value of steem and will benefit all of us. @streetstyle

Thanks for updates @streetstyle

Thank you for supporting #spud4 in such a big way!! Now many more are inspired by this initiative. Again, thank you for the amazing participation and supporting, especially the sponsoring of a prize.

nice to be able to helpPosted with

The community is what makes it stronger and better and we are fortunate to have such people around us !

I have a great feeling that SPUD is really gonna bring change in this steem world. That change would a good one. Support SPUD4