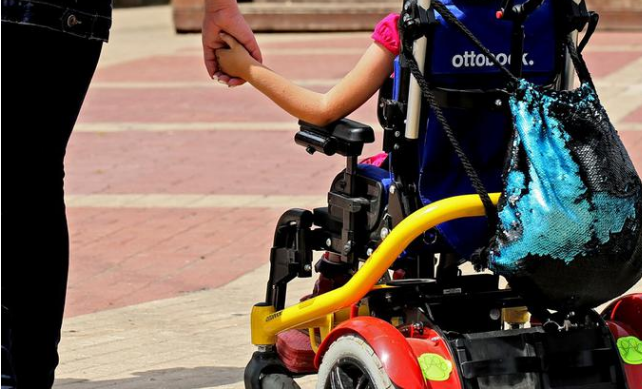 Now the foundation has 28 wards in the region.

The banner of telegrams of the White press
"Circle of Good" helps children with severe life-threatening, including rare (orphan) diseases: provides them with medicines and means of rehabilitation. Pathologies that occur in 10 patients per 100 thousand of the population are considered rare.

These are pathologies in various profiles: neurology, cardiology, immunology, dermatovenerology and others. These include spinal muscular atrophy (SMA), primary immunodeficiency, cystic fibrosis, Duchenne myopathy, epidermolysis bullosa. The cost of therapy for such diseases is estimated in millions and tens of millions of rubles.

Tatiana Smirnova, the chief freelance specialist in medical and social examination of the health status of children of the Regional Ministry of Health, told BelPressa that 28 children are wards of the foundation in the Belgorod region.
Most of them are patients with pathology of the nervous system.

"We currently have 18 such children," explained Natalya Golovchenko, a pediatric neurologist. – 13 of them are children with SMA. One child with spinal muscular atrophy received the most expensive medicine in the world (a drug worth about 180 million rubles – ed.). Over the past six months, another child with a diagnosis of SMA has been identified in the region, we expect to receive the necessary drug for him by May of this year."

In addition, according to Natalia Golovchenko, three patients with Duchenne myopathy receive therapy – the Belgorod Region received the medicine for them among the first – in October 2021.

"We have a large group of patients with immunodeficiency – 12 children,– said Tatiana Smirnova. – Two with cystic fibrosis. The same number – with epidermolysis bullosa, the so-called "butterfly children" who constantly need special help. The Foundation makes it possible to centrally solve the problems of such patients."

Collecting all the necessary documents to apply for assistance is a matter of several weeks:

"A lot of documents need to be prepared, including the results of complex medical research conducted in federal centers," Tatiana Smirnova said.

Specialists send them to the Regional Ministry of Health, which is responsible for cooperation with the foundation. As a result, the application is reviewed and approved by the Expert Council.

"The Foundation stated that it would consider the issue of accompanying children not up to 18 years old, as now, but up to 21 years old,– Natalia Golovchenko said. – But at the moment, as far as I know, this issue is being resolved. Of course, we have concerns for patients who turn 18. Last year, one of our wards went into adult service, but he is fully provided with the necessary treatment, I gave him with a light heart. This year, two more teenagers are moving into the adult category, we have already applied for one for the region to purchase the drug."

Recall that the Circle of Good Foundation was created in January 2021 by decree of President Vladimir Putin.