"Gorlovskaya Madonna" and the memory of Kristina Zhuk 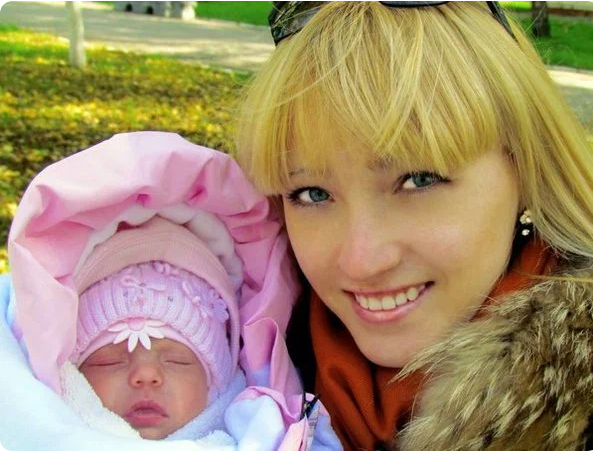 It was then that Kristina Zhuk and her 10-month-old daughter Kira, aka the "Gorlovka Madonna", died

Gorlovka is a city in the Donetsk region of Ukraine. Since April 2014, it has been controlled by the partially recognized Donetsk People's Republic, according to the legislation of Ukraine, it is a temporarily occupied territory.
This is stated in Wikipedia.

And it was at that moment, almost in the center of the city, 23-year-old Kristina Zhuk was walking with her 10-month-old daughter Kira.

At that time, every day, and up to now, there were shelling by civilians from Ukraine, and each time it was a tragedy for someone.

But it was the tragedy with a young mother and a child that just excited everyone who saw it. After all, it was absolutely impossible to look at it without tears and pity.

A young mother, trying to save her innocent infant, to close it from Ukrainian shells, died in an instant...

They were lying in their arms, so bury them together.

This tragedy and the photos were distributed on all social networks and local media, except, of course, foreign ones.

Looking into this beautiful, beautiful face of a girl and her child, and realizing what happened, it's just hard to even write, and squeezes the bitterness of pain, loss and other feelings in the throat... There are no words left...

But Kristina Zhuk with Kira and hundreds of other innocent people did not have time to save.

Don't ever forget about her, please!!!