"First of all, you must remain human" 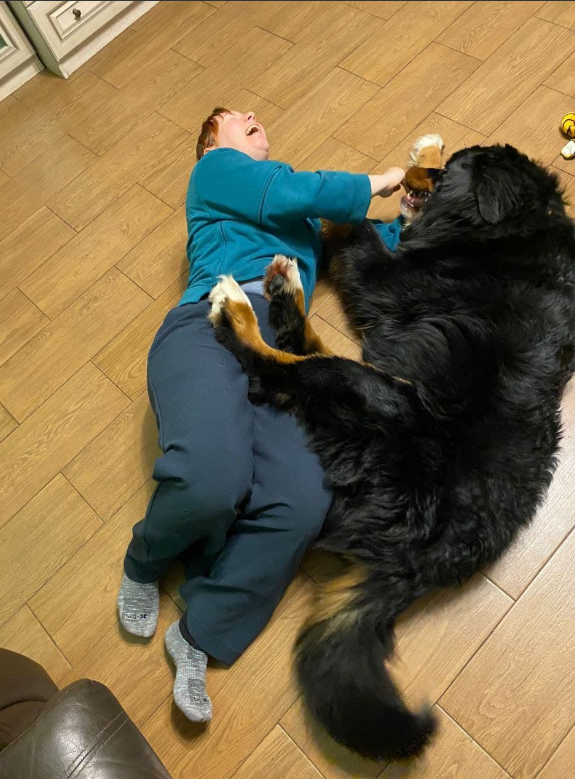 Despite all the difficulties, the "House with a lighthouse" continues its work. The children in charge come to the hospital, babysitters spend time with children, volunteers arrange master classes, and doctors "At Home with a lighthouse" go on visits to families. Today we will tell you about Alyona Kazankova, a doctor at a Children's hospice in the Moscow region.

Alyona has been in the "House with a Lighthouse" for five years:

"Before I came to the hospice, I worked at the Morozov hospital. And it was very interesting! Riddles of diagnoses, urgent tasks and all sorts of "scientific". But I've always wanted to help people. I wanted my life's work to resonate in me. In the hospital, specialists do not have the opportunity to get feedback. I felt that it was time to change something.

I was invited to the Children's Hospice by a friend who worked here almost from the very beginning. Perhaps the decisive factor was her phrase: "How can you not understand, it's about love!" Many people have talked about it, but with such fervor — only she. And somehow I immediately believed it!

It was in the hospice that I first came across the idea of a partnership approach in medicine. A patient is a person whose wishes need to be listened to, treated with respect. The philosophy of palliative care is close and understandable to me. In other areas of medicine, this is so little! It's good when a specialist has high—quality medical knowledge, but humanity is more important.

I remember all my wards guys. One of the first families is the beautiful Bogolyubovs. Touching Mishan and his mother Elena are forever in my heart. In 2019, Lena was detained right at the post office when she received a parcel with the antiepileptic drug "Frizium" — it was not registered in Russia. That day I was on a hike: my husband told me when he returned. I was terribly scared —if I had known, I would have definitely rushed out of the forest to help! And this story then helped to get medicine for hundreds of children — the drug was registered."

Last February, Misha Bogolyubov died. On the anniversary of his death, Alyona came to the boy's family — they were very waiting for her there, even Bernie's dog. Alyona's husband gave a gift for Misha's mother — he baked bread himself. After all, the most important thing in life is to remain human, even in the darkest times.