Review Of The Silencing. Sometimes The World Puts You In A Choice Between Your Desires And The Most Precious Ones You Love. 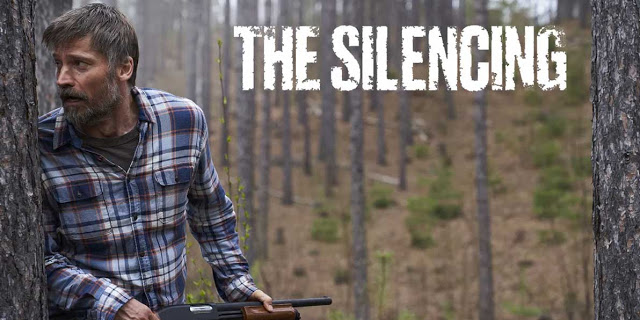 Sometimes the world puts you in a choice between your desires and the most precious ones you love. You have to defeat your wishes before it's too late.

The Silencing Story
It revolves around a hunter who lives in isolation in a wildlife sanctuary where he and a local policewoman are involved in a game with a serial killer, in order to solve the mystery of the disappearance of several girls, including his daughter kidnapped five years ago.

Movie Script
The usual European drama in Hollywood, this is how this film is classified; The mix is always put by all European filmmakers and screenwriters at the beginning of their way in Hollywood.
The film contains a great dose of mystery and suspense lies in the mystery of many crimes and many chases, but for some fans of this category may consider this film "repeater" in one way or
another.
At the same time, despite the repeated idea, there are new additions to the main plot of the film, such as the moral aspect of the policewoman and the serial killer's
body. There is also a very good "plot twist" at the end of the film added a lot and was satisfying for fans of the mystery category and snap endings.
The script flaws some gaps, such as the rain in events and sub-characters that do not serve the main line of the story, but the big drawback in my opinion is the extreme weakness in the killer's motive for doing all these heinous
crimes.

Output
In his second feature film, the young Belgian Ruben Brunt makes his mark and deserves credit. The output was smooth and uncomplicated or costly, as its main objective was to communicate the message directly. But the uneven rhythm throughout the film is relatively short, sometimes the scenes become fast and enthusiastic and sometimes too long shots are unnecessary.

The point that encouraged so much to follow this film is the wonderful cast, especially the star of Game of Thrones.

Nikolai Koster Waldau
The film-maker is film-maker with a high charisma in this film as Rayburn, a desperate father after his daughter's disappearance and alcoholism. Dor is not very complicated but his feet are wonderfully and enjoyable as usual, he always knows how to gain the sympathy of viewers from the looks of his eyes only, he does not need a lot of dialogues to do so.

Annabelle Wallis
She played the relatively complex role of policewoman Gustafson due to the psychological struggles between her work and her guilt to leave her brother as a child after the death of her parents. A performance that was performed very wonderfully and surprisingly in some scenes.

Conclusion
A film that is oppressed in 2020 due to the Corona pandemic, which did not make it screened in a large number of cinemas to be watched by the largest number of viewers, otherwise it is worth watching for a light and entertaining evening although it contains some flaws.