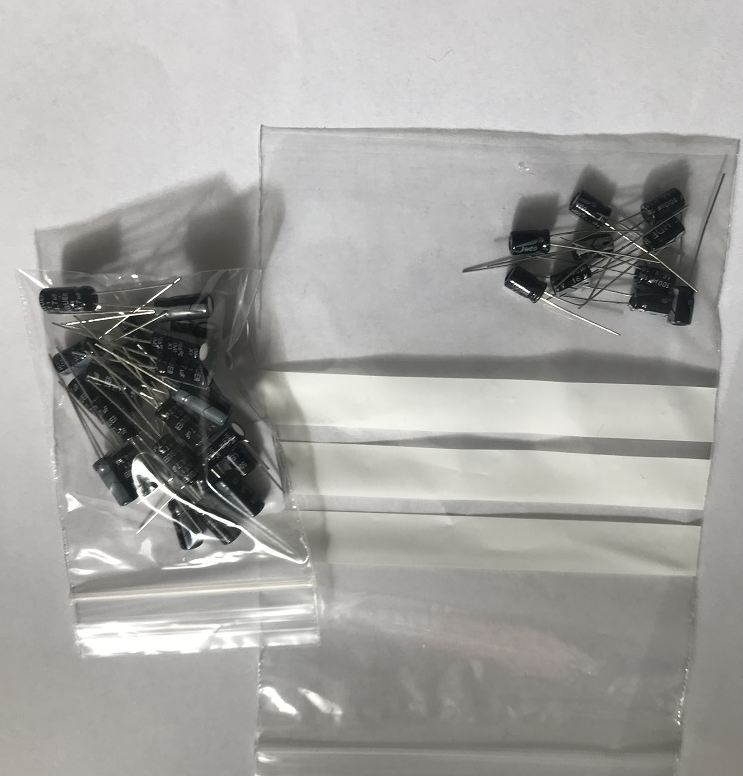 This is a continuation of my previous post regarding 4 Metal detectors which I have purchased that need some attention to get them working.

Continuing on with the Micronta 3001 Metal Detector repair, I have received some of the parts that I have ordered, the Electrolytic Capacitors have arrived but sadly it seems the Transistors will be coming from China and will take a week or two to come.

As previously stated this unit just beeps when it is switched on so there is some kind of fault in the circuitry. I did manage to find a schematic of the unit which is shown in the next picture.

Looking again at the schematic there are 3 wave forms shown so I used my new piece of kit to have a closer look.

Firstly I looked at the square wave near to the supply, it peaks at 7V and has a 2ms frequency.

So this looks fine, so next I looked at the waveform at the junction of R10 and C8

Again this looks fine although the delay looks a bit more like 0.5ms rather than the 0.2ms as stated on the schematic, I will make a note of that in case there isn't anything else that is obviously wrong.

Now we come to the wave form near to the coil and here we do see a problem.

Here is a definite problem, the wave form is not a steady sine wave into the coil but instead is varying, this is a one shot capture when displaying continuously you can see it rises then resets to zero. Thinking about it if this is a varying signal into the search coil rather than a steady sine wave that would cause the unit to think it had found something.

So the problem is nowhere near where I had initially thought it was, it also looks like it won't be any of the Electrolytic Capacitors that are at fault but one of the components around the coil circuitry, either Q1 (unlikey) or one of the Capacitors, C1 or C2 looking the most likely.

C3 seems to be on the detector side of the coil and is the same value as C2, it may be an idea to change that over to see if the wave form is fixed?

From the videos I have seen on metal detectors there are two coils, the search coil and the detector coil, on this unit C3 and C4 are on the detecting side so I am pretty confident they won't be the problem here.

I did say earlier I don't think it will be the Electrolytic Capacitors but I am not sure what C12, C5 and C11 do in this circuit.

I changed out the Electrolytic Capacitors since I had them but it made no difference, I also swapped round the 0.01uF Capacitors C3 and C2 in case the problem was with them but still the same problem.

So my only hope now is that Q1 is the problem so will have to wait for those to come to try that, alternatively I am completely wrong and it could be C3 or C4 that is the culprit.

If anyone has any tips or tricks for fault finding these types of circuits I would be most interested to hear them.

I wish I could offer some advice, but I only know how to operate them not repair them. It sounds to me though, that you got it pretty narrowed down! Looking forward to seeing if it works out for you. That's a great machine if you get it working again!

Thanks for the comment, I sure hope so. I think it would have been easier if the units were just dead rather than this type of fault. I will do some experiments with the coil and see if I can pick up what happens when metal is passed across the search coil. Whatever happens I am sure it will increase my understanding.

Fair play on having a crack at this! Would love to see you get it fixed and then go find something worth all the time and effort :)

Thanks, can only try! If I do get it working I guess I'll have to go find something! Been fancying a trip to go Fossil hunting at the beach so could combine that with a test of the unit, but of course it depends on getting it fixed. That would provide me with another interesting post as well.

Yeah that would be a good finale to the series.

In Spain I would watch guys with detectors prowl the beach, near the shoreline in the evenings for jewelry I guess. One guy would do more than that though and he had a dive suit with a waterproof detector - presumably a good location for metals, and no-one else scouring that part of the bay :)

Your post was upvoted by @steem-ua, new Steem dApp, using UserAuthority for algorithmic post curation!
Your UA account score is currently 3.596 which ranks you at #6306 across all Steem accounts.
Your rank has not changed in the last three days.

In our last Algorithmic Curation Round, consisting of 95 contributions, your post is ranked at #52.