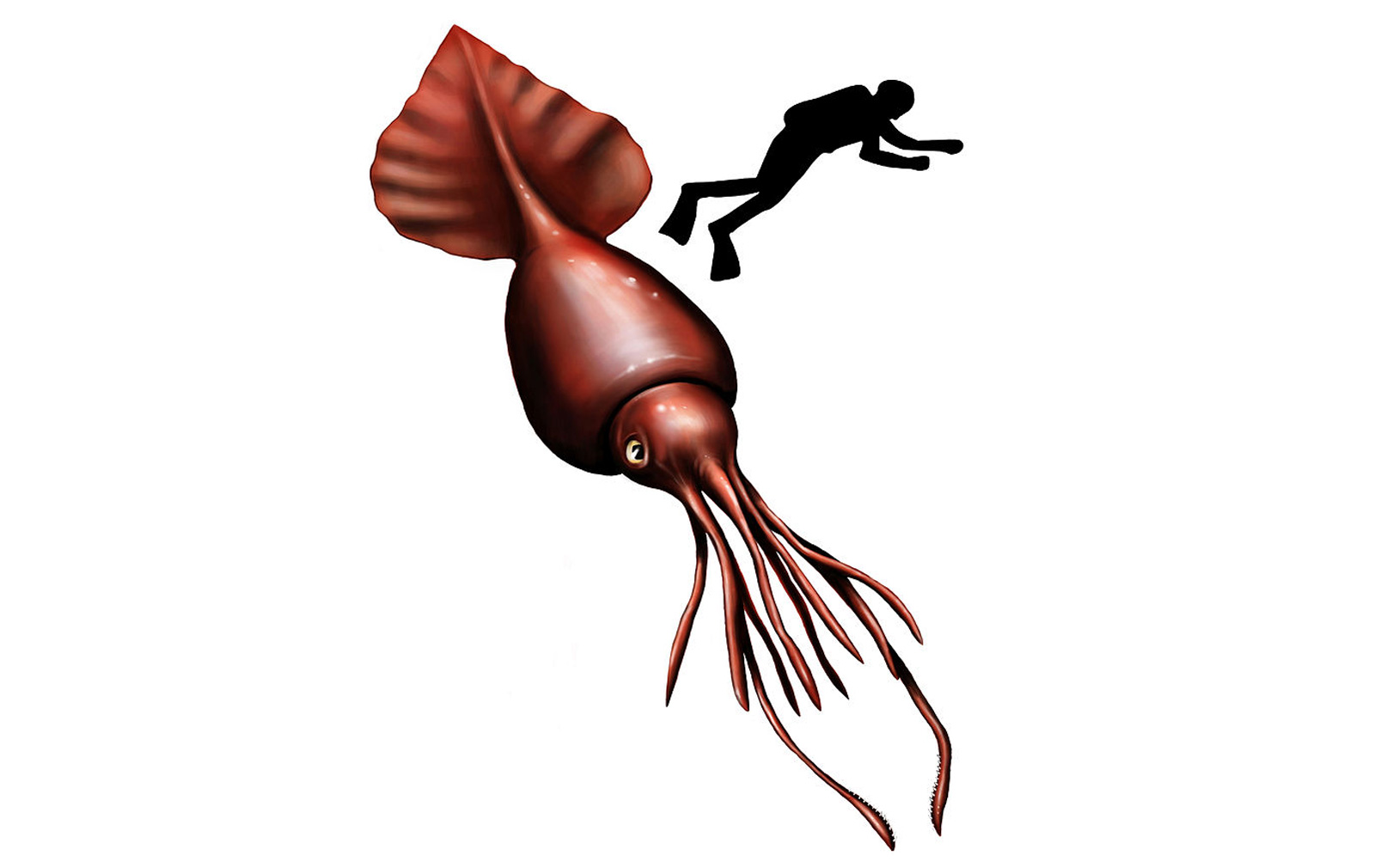 The next former cryptid I want to talk about is the colossal squid. Also called the Antarctic or Giant Cranch Squid, the creature is believed to be the largest species of squid by mass. It was first discovered back in 1925 in the form of two tentacles. The two tentacles were found in a sperm whale's stomach. There are only a few specimens and the only known member of the genus Mesonychoteuthis. The colossal squid grows to a max size of 46ft long. 46 feet!!! Its living situation extends thousands of kilometers. It can be found north of Antarctica, South America, South Africa and the southern tip of New Zealand.

Only slightly longer than the giant squid, the colossal squid is wider and plumper making it heavier then the giant squid. The creature weighs approximately 1,110lbs and it's possible that it can weigh up to 1,500lbs! The arms and tentacles of the colossal squid have sharp hooks unlike the giant squid whose limbs have suckers lined with small teeth. The eyes of the squid are the largest in the animal kingdom. They measure at 11 inches across, the size of a soccer ball. Could you imagine those peepers staring at you? Scary.

I can only imagine what else is lurking in the depths of the ocean. What other massive sea creatures are out there? With 80% of the ocean undiscovered, I'm sure other monsters live among us.

Specimen on display in the Museum of New Zealand Te Papa Tongawera, www.wikipedia.org

Anyway, thanks for coming by! Don't forget to follow more!

https://steemit.com/trending/hive-109286
The best place to share your free to use stock photos and earn STEEM, SBD & TRX.
Your post is rewarded and we support every member of the community!