Types of pigs you should know 🐷🐖 /for @StefanoSiso. 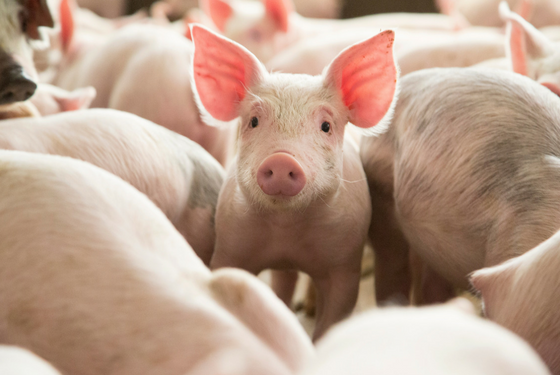 SOURSE
Hello users of the Fur-friends community, I am @StefanoSiso and today I will show you in this post types of pigs that you should know ...

SOURSE The Duroc is a breed of pig from the United States, where it is one of the most popular ,Its coloration is red, with variations in tonality. The average weight of males is 400 kg and that of females is 350 kg.

SOURSEThe Berkshire is a British breed of pig. It originated in the English county of Berkshire, for which it receives its name. It is usually black in color, with some white on the muzzle, on the underside of the legs, and on the tip of the tail. It is a rare breed in the UK.

SOURSEThe Hampshire pig is a domestic swine breed characterized by erect ears, a black body, and a white band around the middle, covering the front legs.

SOURSE The minipig, mini pig or teacup pig, is a variety of domestic pig modified by humans to achieve small sizes. Initially they were used for experimentation and research and later became popular as companion animals or pets. .

SOURSE The large black pig is a British breed of domestic pig. It is the only British pig that is completely black. It was created in the last years of the 19th century by merging the black pig populations of Devon and Cornwall in the southwest with those of Essex, Suffolk and Kent in the southeast.

SOURSE The Tamworth, also known as Sandy Back and Tam, is a breed of domestic pig originating from its namesake Tamworth, Staffordshire, United Kingdom, with contributions from Irish pigs.

SOURSE The Hereford, often called the Hereford Hog, is a breed of domestic pig named for its color and pattern, which is similar to the Hereford breed of cattle - red with a white face.

SOURSE
The Cumberland pig is an extinct breed of domestic pig that is native to northern England. It was once used in the production of local specialties such as Cumberland sausage and Cumberland ham

SOURSE
he Ossabaw Island or Ossabaw Island Pig is a breed of pig derived from a population of wild pigs on Ossabaw Island, Georgia, United States. The original Ossabaw pigs are descended from pigs released on the island in the 16th century by Spanish explorers.

Well friends I hope you have known these 10 breeds of pig, this was all THANK YOU! ...