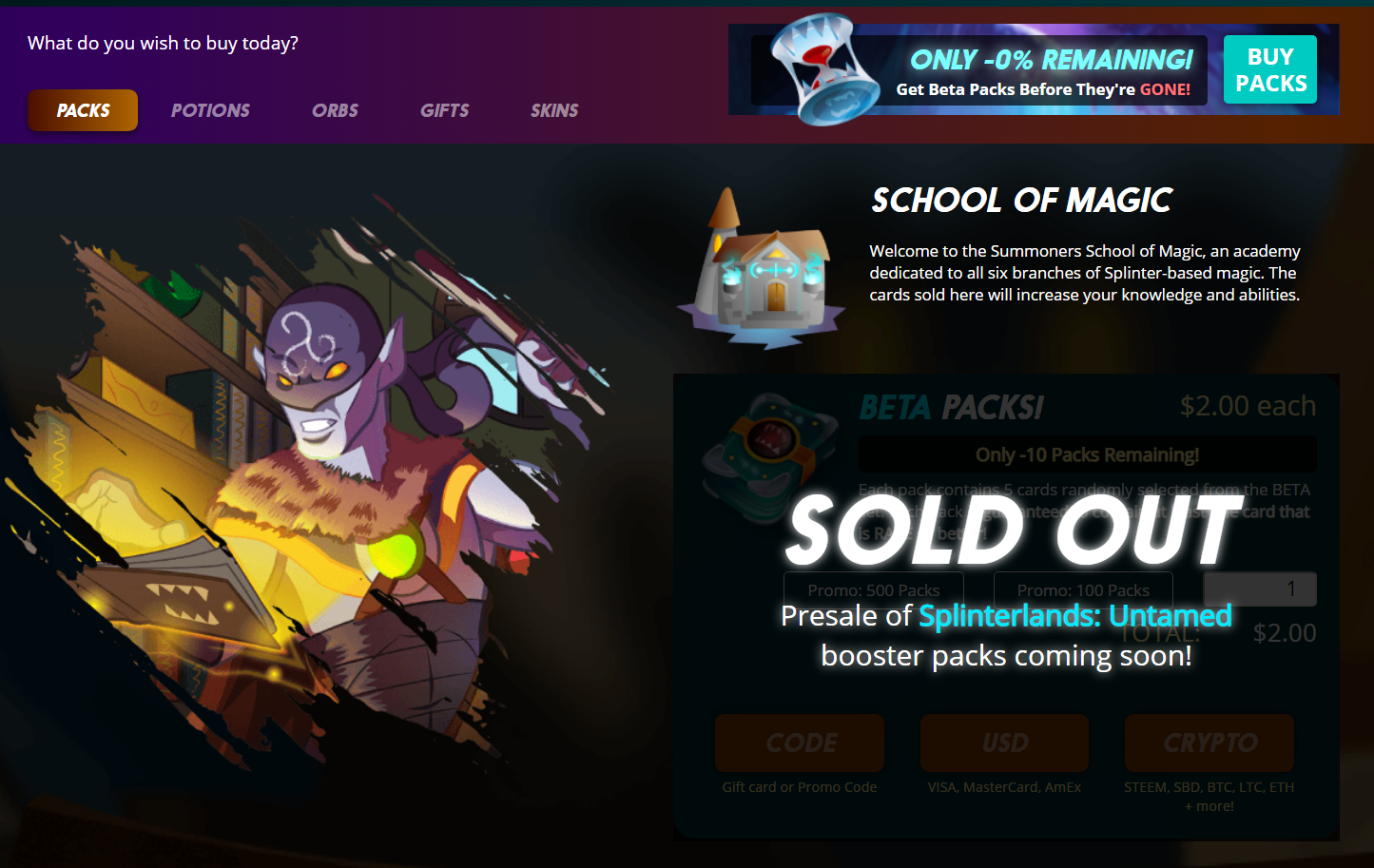 The team is extremely happy, proud, and humbled to announce that the Beta Booster Series has SOLD OUT!!! It took us just over a year during a very challenging bear market, but they're all gone. Now we all wait with baited breath to see what happens in the next evolution of the game.

We're blessed with a fantastic community of dedicated players. They track the market, the strategies, rentals, development, and every word that our team shares. They create contest, share stories, stream battles, stream tournaments, and go into remarkable detail on stats and strats. It's an obvious statement to say this wouldn't have been possible without them, but it's an understatement none the less.

In short, thanks guys! And congratulations to you too. We're doing everything we can to maximize the value of these cards and further we pay special attention to ensure that we drive value to the players. If you do well so will we.

New players can still purchase or receive starter packs. Just because we don't have any packs doesn't mean they aren't out there for a bit still. Players can purchase betas on steem-engine from players who voluntarily choose to exchange them there. You can also find some good deals in the Splinterlands discord and the cards are available for sale from the players 24/7 on the market.

Even new players will have a chance to get in the game with betas for a while. They'll buy cards, but just not from us. They'll get them from you! So, even without new packs going out right this second we hope and plan to continue growing.

Yep, we've been working on another series. It'll have 1.5M packs in the series and we hope it to last about another year. We're going to release it to the public with a Kickstarter campaign. We're finishing up the details but it should be ready soon.

UNTAMED will have a whole new array of monsters and summoners that wide-eyed, brand new, players and savage veterans alike can use to buy, trade, combine, rent, and earn with.

This edition will have a great twist though. There will be 15 airdrops throughout the sale of the cards. So, every 100,000 packs there will be a new airdrop where you'll have a chance at receiving those cards based on the number of packs you've purchased directly from us or our partner vendors (like peakmonsters.com). So, you're going to want to get in early to make sure you get as many chances at cards as you can.

Should be fun! Please keep an eye out for the Kickstarter campaign. We're starting "soon." And we'll have some tournaments and announcements that go along with it.

so from next season ,we are going to get untamed packs as a season rewards ??

@yabapmatt there are still packs awarded for season rewards? I literally had no idea. What league does that happen in, only once you hit the champion league or is it only for the top so many players? How does that work?

@steemmonsters, Congratulations team. I am really excited for the Untamed Journey. Good wishes from my side for future steps and stay blessed team.

I was thinking of a brand new splinter to be added in the game in the untamed series..

Noooooo, I wasn't ready. In my Kevin Hart voice 🤣🤣🤣 Congratulations @steemmonsters you did it again. Onto the next💯

That was faster than expected. Good job!

Does current Maverick status and beta packs bought count towards airdrop rights? Or only Untamed purchases?

Just few minutes ago I'd liked to exchange some steem with DEC to buy a couple of beta packs..... Sooo looking forward the new series!!

Wow! Impressive!
I don't know how many people are aware of this, but the Beta Packs are already trading at $2.93 on Steem Engine.

And now we get hyped for untamed! 🦁

Uuaah! When SM app to android?😀

Congrats to @yabapmatt and @aggroed and the whole Steemmonster (or Splinterlands) team! You have done a great job and this is a major milestone! I'm thrilled to have been lucky enough to be an early adopter in this amazing game :)

Congrats Splinterlands Team, great success for the whole Blockchain Gaming Community.
Could you release some stats about the Beta Pack Sales? How many where giving out as Season Rewards and Promo Rewards? How many Beta Packs have been sold thru Crypto or USD purchases? And finally how do the Sales reflect the prizes for upcoming Tournaments...can we expect an increase in Tournament prizes?
Thanks for your awesome work!

Well, it looks that popularity if this game grows rapidly

I would like a Daily Quest for the Dragon Splinter, or the opportunity to complete quests with him.

thank you and have a good night

Wow! Lovely hats off to all the Team and players for making this happen. Excited about the untamed packs.

I'm so excited!
So by buying UNTAMED packs we become eligible for air drops?