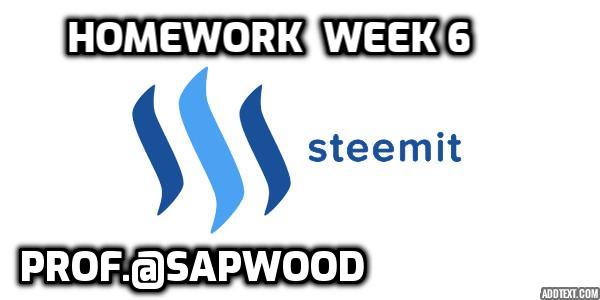 Hello Steemit CryptoAcademy community. Hopefully all of you will be good in your health.

This is my submission of the homework of week 6 for dear sir @sapwood . Today's our topic name is Convergent Linear Reward.

History of the BlockChain :

First of all we will disscuss about the criteria of the Steemit Blockchain to pay reward to its users. So in the beginning of this great platform the distribution of the reward among the users is takes place in the influence of a formula which is known as Superlinear/Quadratic Functionwhich was f(x)=x^2.At this time the people on Steemit was really encouraged to invest STEEM and buy the SP as they now that the reward gained is directky proportional to the amount of SP you may have. The platform organizers noticed that this function is encouraging the old users but the new users are discouraged and there is no justice in this type of division.

So due to this fact they changed the reward curve from the quadratic/superlinear function to the linear function which was f(x)= x . This division of the rewards among the users is really looking too fair as compared to the previous one but there was also a type of selfishness in this function. The people on Steemit started Self-Upvoting so in this way the social behaviour of the Steemians become selfish as they know that they can get the same as output just equals to that of the input(SP). So, this kind of act was also failed to provide a just circumference to Steemit.

After that the organizers developed the third and the last one reward curve function which is known as the Convergent Linear Reward which was f(x)=x^2/(x+1). With the issuance of this function the self upvoting which is a bad act was discouraged and one can get more reward by upvoting the others. This is the way in which the users can get more reward by upvoting others besides that of self upvoting themselves.

That is some history about the reward curve of Steemit. Now I will discuss some questions asked by our professor in the regard of this task .

(1)What are the economic & social ramifications of self-upvote in Steem Blockchain? Do you gain better curation rewards by upvoting others as compared to self-upvote?

The term selfupvoting means to upvote your own post by your own by utilizing your own SP as an input. More the SP you may have , more will be the reward you may get. There are many social and economical disadvantages and dis benefits of self-upvoting. Self upvoting is just like same as selfishness and ignorance .Self voters are the people which wants to increase their worth leaving behind to think about the worth and importance of the others.They are just like the men who thinks only about their benefits and ignore the others.

Self-upvoting also have many disadvantages in the econonical point of view. The self upvoted contents always remain at the bottom of the graph between the output and input. You will be cleared about that in this picture.

source from professor's post
When the organization developed the covergent linear reward f(x)=x^2/(x+1) system till then to now the self upvoters are in disadvantage. This function discourages the people who self-upvote their own posts to use their SP as a source of the fame, importance and the trend of their post. In the past, when there was the superlinear and the linear function of the reward curve, people get benefits by self-upvotings . But now there is no such chance of abuse of your own inputs in the seek of better outputs.

(2)What is the difference between isolated judgment and community judgment in curation? How do you adapt to community judgment on quality content in Steem Blockchain? Does that bring economic incentive for you? If yes, explain with real examples.

Isolated judgment term is used when we discuss about the reward of a user if he upvotes a post as single voter. In this type of judgment there is no any interfere of the community reward systems and oen will upvote the post by its own and he will get reward according to the input (SP) he possess. If he has more SP then he will get more reward and vice virsa.

Community Judgment is term used when a user curate or upvote a post along with some of the other curators. Community judgment also plays a vital role in increasing the curation reward for the curators as well as the reward for the content creator.

Let us discuss this with an example.

Let, the upvote value of three curators is as follow:

Hence it is cleared that these curators can earn better reward as curation reward through an agreement of community judgement.

This is the screenshot my account statics You can see that I have 45 effective SP and there is no any value of my full weight upvote. But no worries, I can earn better reward through the community judgment. This time my upvote value is $0.00 .

The pending reward of the post was $44.38 before my upvote and this reward becomes $44.39 after my upvote.
In these screenshots you can see that my upvote value to this post is $0.01. ut when I saw the upvote value of my account (45 SP) is $0.00 . This thing clears that one having low SP can also earn better reward through the community judgment.

The pending reward of this post was $349.25 before my upvote and it becomes $349.28 after my upvote.
You can see in these screenshots that my upvote value for this post is $0.03 which is 0.03 times that of the orignal upvote value which is $0.00 with my input (45 SP). So, it is cleared that one can earn more through community judgment that that of the isolated judgment.

By putting in formula :

So, that's all about this home work task.

Special thanks to sir @sapwood for his amazing lecture and for teaching us in a kind and lovely manner.

Thank you for attending the lecture in Steemit-Crypto-Academy & doing the homework task-6.

See, the original post was to explain to you how it works. If you have understood it properly, you should have had included the real examples instead of user A, B, C.

That's correct. If you keep curating trending posts with a higher payout, you are likely to gain a linear reward. Both upvote value and curation reward improve with community judgment.

The pending reward of this post was $349.25 before my upvote and it becomes $349.28 after my upvote.
You can see in these screenshots that my upvote value for this post is $0.03 which is 0.03 times that of the orignal upvote value which is $0.00 with my input (45 SP). So, it is cleared that one can earn more through community judgment that that of the isolated judgment.

Your isolated upvote value is $0, but when you align with community judgment it begins to bear some value even if your SP is as low as 45SP. That is how convergent linear reward stimulates your curation management and that is how the community reaches a consensus to vote quality content.

Thank you dear sir for visiting my post and appreciating my all work .
Sir, I am really sorry for that as I don't know that I have to add real and specific example instead of the general one. Sir it was just accidented things I was not aware about that. But I assure you that I will do my to avoid such kind of things. Thanks for your kind words.

Have a blessed day !

Regardless of what monetary advantage we have in participating in such homework tasks, the learning curve should improve each week and we must also improve in presenting our task with real experience, real examples, that will make you mature and that will also help you in real scenarios/events.