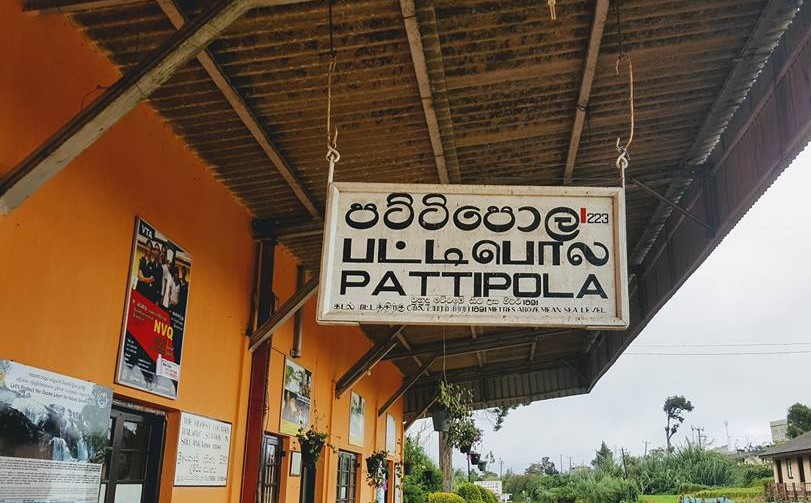 Hi everyone, it's @LivingUKTaiwan here with today's edition of the #traveldigest. Railways seems to be the theme of the day as we visit one in Sri Lank and another in Thailand. And we're going to finish our top 3 posts with a walk along the southernmost African coastline. Enjoy!

All featured posts will be put on the Editors Choice Map and upvoted by the @steemitworldmap team and by @blocktrades.
For more like this check out #traveldigest.

Pattipola is a fascinating railway station for local and foreign tourists alike. You can directly come to Pattipola since Colombo. It's Colombo -Badulla train. Pattipola Railway Station is one of the most unique railway stations on the Kandyan Railway. It is the highest point in Sri Lanka's railway system.

Phitsanulok is situated approximately 400km north of Bangkok and is a small, semi-rural city and also the provincial capital of Phitsanulok province which lies as the gateway between the north and central regions. Its a lovely city and of some historical importance due to it being the birthplace of King Naresuan.

#3 The caves of Captain Kidd on the shores of Cape south coast of Africa? by @julianhorack

Today I have found one of my biggest finds yet in this lovely region of South Africa called the Garden Route. I have found some real caves and the chances are that they could well be the caves in which pirate Captain Kidd hid his vast treasure stash in the 1690s, over 300 years ago.

The more support we get, the more we can give back!

fundition
This project is being supported by @Fundition the next-generation, decentralized, peer-to-peer crowdfunding and collaboration platform, built on the Steem blockchain.
Read the full details of Fundition Fund program
Learn more about Fundition by reading our purplepaper

Please don't spam your post here. If you want to be considered for curation, please pin your travel post to the SteemitWorldMap.

You can find out more about it on http://steemitworldmap.com. Just click on the 'code' at the bottom of the map and follow the instructions or check out the FAQ to get your post on the map.

Ok thanks. Got it.

Thank you so much for the honourable mention! 😊😊

Thanks for the mention and congratulations to all.