Weekly Contest, "Creating Stories Week #11" || My Story: The Talking Bird Was A Friend 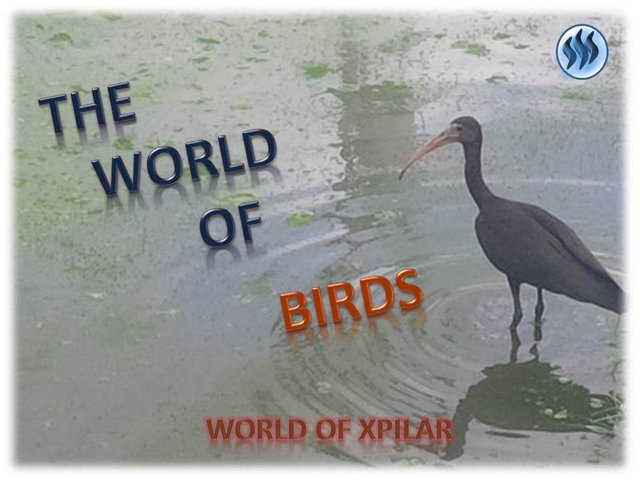 Greetings all,
Here I'm attending the story writing contest by @adeljose and the story of mine will be a #steemexclusive . I wish my friends also participate in this contest too so I'm sharing the contest link here : Weekly Contest, "Creating Stories Week #11". /Concurso Semanal, "Creando Historias Semana #11". Please follow the rules of this contest and create a fictional or non fictional story of your own. Good luck to all...!!!

Story Name: The Talking Bird Was A Friend

There was a village where a girl lived name Sara. Sara was ten years old and she was not like other kids as she was physically handicapped so most of the time she sat on her wheelchair. When other kids play in the playground Sara feel good to see them playing and sometimes she join them playing catch balls and other kids help her.

Sara's mother was very upset as Sara had polio and she was unable to go to school like other kids. Sara had good hand of drawing so her mother brought colors from the market for her. She loves to do painting.

One day Sara made a paining of a parrot and she saw when she was paining a parrot was sitting outside the window. She tried to draw the parrot as it was. The parrot can talk and she came to Sara to talk. Sara loves to show her paining to the talking parrot and Sara named her Talking friend.

The new bird was a baby and need to taught talking. Sara doesn't like to spend time with this new bird. After seven days the talking bird came back to Sara and Sara was crying after seeing her beloved talking bird as she misses her a lot. Sara ask the reason of her absence and talking bird was crying as she was not the talking bird but her sister. She brought a news that last week when the Jungle was burning we flew together but the smoke of burning hurt her a lot so it was hard for her to stay alive but before her death she was thinking about Sara. Talking bird before death insists to her sister that to act like her to Sara as they both look alike. Talking bird knew that Sara will be upset if she learn about her death.
Sara was shocked and cried a lot.

Twist Point Of The Story:

The bird was actually not the sister of talking bird, it was talking bird just testing Sara's love to her. At the end the talking bird confess that she was lying about her to test her love, last seven days she was ill and when she feels good she came back to Sara. Now Sara and talking bird again continue their friendship like before.

Thank You So Much For Reading

Would Love To Thank Specially @adeljose and @xpilar for this creative contest
Thanks to many generous steemians, for supporting me with upvotes and motivating me to create quality contents for #steemit. I'm really very thankful to you all. Stay blessed and spread happiness. Love you all.

Touching story about the talking parrot who became close friends with Sara, but was unable to return because of her death, sending her sister to share with Sara.

Thank you for your entry to the contest