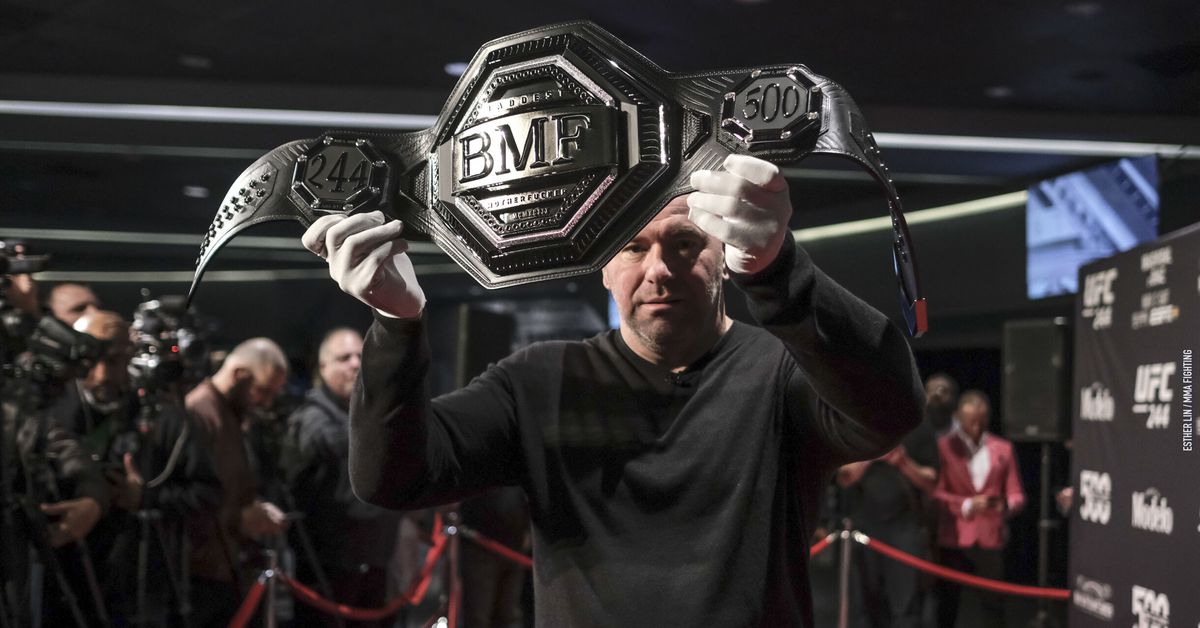 This is something that would simply go away if people would stop talking about it. I hated the idea about the belt ever existing, the debut match for said belt was a disaster, and every now and then some UFC star will bring it up and I wish these guys would just shut up about this stupid, non-weight-class belt, that was simply designed in order to have an unjustified "superfight" between Masvidal and Diaz.

I don't know whose brainchild it was to have this completely absurd belt when we already have belts across all the possible weight divisions but it was a bad idea and is kind of like something that would come out of the WWE when they started creating "Hardcore" titles and then Raw Titles and Smackdown Titles, and every damn title you can think of. But UFC is real, not scripted (or so we think) and antics like this are not necessary here. 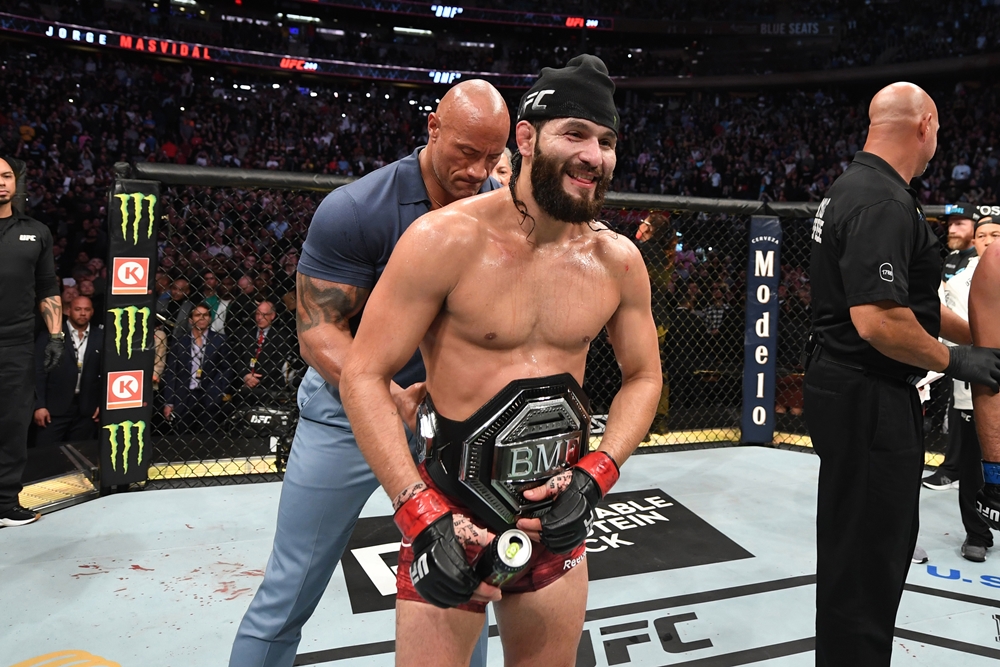 Even the Rock, who presumably was paid a lot of money and was probably there to promote a new film, put the belt around Masvidal's waist, you could see the look of "wtf are we doing here?" in his eyes. It is appropriate that someone from the WWE would present the first WWE belt in the UFC I suppose.

You may recall that Masvidal only won the fight because it was called off due to Diaz, who bleeds a lot in every fight, was bleeding a lot and the fight was stopped by the ring doctor.

Let's keep in mind that neither Diaz nor Masvidal has ever been a champion in either of their respective weight divisions and it is not for lack of trying either. So if these two are not capable of getting the strap in their own division, how can we possibly consider the the "baddest" of all?

Now Kamaru Usman, who actually DOES have an actual championship belt and has already beaten the current BMF champion (in the past year albeit with short notice to Masvidal) is calling out this stupid belt again in the press. I find it really irritating every time that it is brought up and honestly, Dana White should admit it was a dumb idea and retire the belt. Any time that it is even brought up it kind of makes UFC look like a spectacle that despite being by far the most popular and profitable MMA organization in the world, is simply looking for more and more ways to gimmick their way into your pockets.

If I come over to your house and you have one of these things, you better be a BMF because I'm gonna slap you for having wasted money on one of the worst things to be introduced to combat sports, ever.