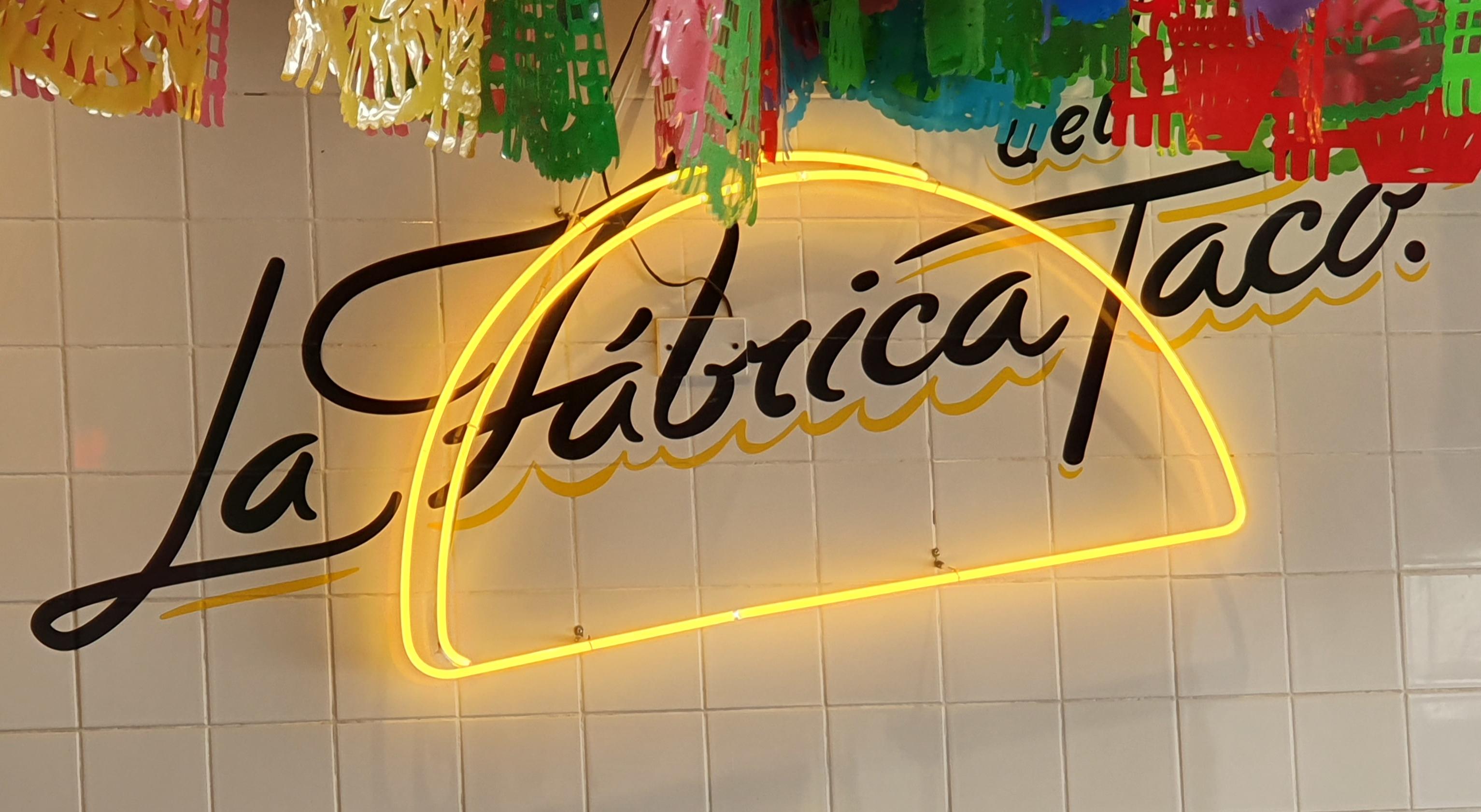 Just around the corner and down the street.

There is a new taco place in San Telmo! (Buenos Aires)

This one is called The Taco Factory. I saw it there for the last year or so, but the boys and I just walked on past it to get to Che. We like Che and they are hard pressed to try a new place.

Today I was walking through San Telmo to pick up a few things. I was alone so I thought I would give it a try.

Since I have lived here, there has always been a severe lack of anything spicy to eat. Naturally, I end up trying every taco stand or sit down restaurant there is, and this is the sixth one I have tried.

I came in through the back door exiting the large gallery that takes up an entire city block and walked down the stairs into the place. Good sign! There is a cauldron of hot sauce right next to the register.

"I would like to try and chicken taco and a steak taco, nothing to drink. Thanks.", all said in my broken Spanish. He brought them and I put two tablespoons of the really hot sauce (muy picante)
on each one. The guy looked at me with a grin thinking that I would be running back to buy a liter of Coke.

We are here to evaluate the food, not the bubbly sugar juice!

There you see the soup of really spicy sauce that I was about to ke on... I used it as I would gravy on mashed potatoes.

he owowner watched as I took one bite, then another, and still another. This was nothing compared to the habanero sauce seen at other Mexican places. Iwas still really good but nowhere near my limit. I a almost felt like I did not have a cold anymore.

The menu is much shorter than the other Mexican food places I have be to. This place concentrates on Tacocos and Burritos which is okay.

Their counter on the street side gives them the business of those who just want a quick bite. There are also tables on the sidewalk for those o want the wind inin their face.

Today was 82 deges out, but I stayed inside to avoioid snatching hands (a big problem here).

#
The rustic old store was very well done, decor and eating area were good for a quick summer bite to eat.

I paid u$s2.50 for two tacos that were loadewith meat, onion,n, cilantro, peppers and guacamole. The sauces offered were tasty. The music was in Spanish as most are here. It was Argentinian in style.

For what I had, I have no complaints. Next will be to get the kids to try it.

As for me, I would eat here again.

A wave, a smile and a Gracias as I left.

I hope you enjoy taking a look at the quaint little restaurantes I write about. I am happy when I have Tocos to eat! </su

Hi @sponge-bob
Wow, That food is very good and delicious.

It's great that you have a place nearby where you can eat it.

Do you ever you ate Arepa?

I hope that one day, you can eat Arepa and ralices a comment about it.

Yes, they have Arepa here and I have tried them. I am not sure about ralices. I love food from all over the world!

It must be a delicious meal, very typical as are our Venezuelan halacas. @sponge-bbob

I have seen those before but I did not get a chance to try them. Se ven ricas.

I always love mexican food, Is a passion, a style of life. I think Is full of tasty things. Personally i love burritos and hot sauce!
Good Review, i apreciate it, thankyou.

I have done a lot of reviews. I love doing them because I love the food.

Weird;, so whats Is your favorite food?- let us know- this Is interesting .