Hello everyone, it's been a busy day with HF21 messing up things for a few hours. This weeks earning report and another good one. I wonder if we are able to top it again next week!! Super job done by everyone that's been involved and the results are below and growing every week (so far).

Steem powered investments @spinvest has been set up to offer an investment fund based on funding from STEEM POWER. Investments are funded through extracting value out of STEEM POWER and taking advantage of STEEM's high inflation rate. The aim is not to get rich quick; the aim is to build a safe portfolio of investments that will stand the test of time while insuring all investors starting capital is not at risk. Full details can be found here

We can see that dlease earning's are starting to pile up. Most the lease we have filled are 8 weeks + so we can expect dlease earning to continue and rise. On the other hand, tipU is down this week which is strange because we upped delegation from 1500SP to 2000SP. There was one day it paid us out in STEEM to the clubs @spinvest wallet so that might explain it and fingers crossed this is up next week are i might have to relook into it. Off market is what it is and smartsteem is the crumbs. The lower this number is the better because it means there is no STEEM PWOER in the wallet and it is all being used. So what do you think about that? Up around 33% from last week, nothing wrong with that. How long before we are earning over 500 STEEM per week? Maybe not that long the way things are going. Post payouts and tribe tokens earned are down, that does not really bother me that much as they are a bonus. Pal is turning out to not be worth it and Leo is still doing pretty good at almost 50% of steemit post payouts.

**Another fantastic week, what else can i say? I can not say it's going better than expected anymore, ive said that 100 times already. It's interesting watching the number grow every week and seeing hw everything works on the next level. Onwards and upwards my friends, next week will be better again

How to buy SPI tokens

Below are the new steemconnect hotlinks that allow investor's to buy directly from @spinvest. Each token is priced at 1.15 STEEM each and beside each link is the true STEEM cost to reduce confusion. You can also send any amount directly to @spinvest and i will issue you SPI tokens to 2 decimal places for the value of STEEM to send. All tokens bought directly will be sent to investors SE wallets within 24 hours but most likely much sooner.

Most of us by now earn a few different tokens through other steem front ends are have been airdropped tokens during launch ect. I have wrote a step by step post that shows anyone how to convert other steem-engine tokens into SPI tokens. You can learn how by clicking here 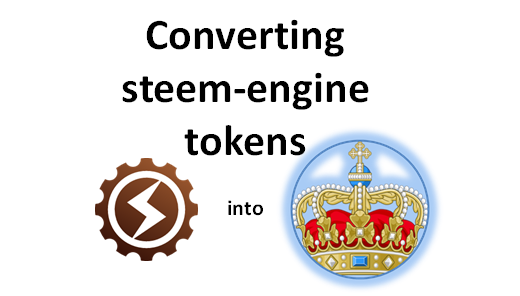 
And the cherry on the cake

What do you have to lose? What token has a operator with so much faith they offer a 92% buy back


Resteeming is a wonderful way to spread the word and get as many eyes as possible on this. Let's get a buzz going

So what do I think about that?
I think it's very cool - brilliant idea and lots of hard work, thank you 😎
I don't want to create any work for you, but I know you like messing about with pictures, so maybe sometime we could have a little graph showing growth over a week or four weeks - one for token sales, one for the number of investors. Only when you've run out of ideas for posts, which I can't actually imagine happening 😂

It's already in the works with another club member to do a 4 weekly report with graphs, lots of details and all that good stuff :)

Dave's not here man. How many times have you got that 1 liner?

6 lol.. that's my answer for everything

6 is a good answer. I prefer to answer 7 but i like the number 6 better, it's more round then pointy jaggy number 7.