The night it all came good for Arsenal... 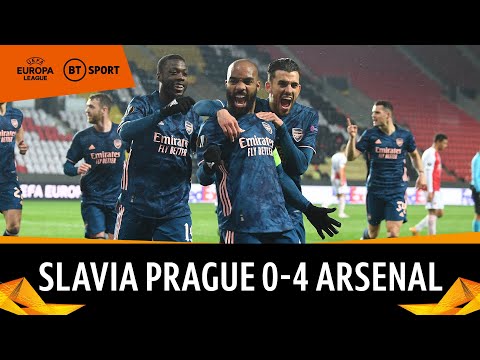 As a long suffering Arsenal fan, this season has at times been one of absolute torture. Those of us who follow the club know how much potential lies within, and yet so fleetingly has it appeared.

From the dark days of the Autumn when we flirted with the bottom three dropping as low as 15th in the Premier League, and when the next win looked so far away, to the sudden renaissance of the Chelsea game on Boxing day, when forced into playing the kids, suddenly there was hope. Then there was the abysmal performance against Liverpool, as bad as I can ever remember. The senior players have in the main disappointed, there has been a mass exodus in the Winter transfer season, there has been upheaval, discontent and through it all flashes of genius from the likes of Saka, Smith Rowe and Martin Odegaard. Who'd swap shoes with Mikel Arteta? I wouldn't - I would be completely grey by now with worry, and yet, he remains with the plan, he is battling through and despite the odd blip, the pot at the end of the rainbow, the golden ticket to the promised land amazingly, incredibly lies well within reach. And that's because when the pressure was on, when everything was on the line on a freezing wet night in the city of 100 golden spires, it all came together for Arsenal.

I was there in the Emirates Stadium on 23rd October 2007 the last time the two clubs met before this particular tie, and that night it was in the Champions League. That night Slavia Prague came to North London and for me it was a very special occasion. Why? I lived in Prague for 5 years of my life when I was younger, and my ex-girlfriend lived a stone's throw from the Eden Stadium where Slavia still play - it's newly renovated these days. Back in the mid 90's, the stadium was a crumbling edifice with a running track around it, not dissimilar to the old Stamford Bridge of the 70's and 80's before the era of Roman Abramovich. Slavia at the time were struggling, not only with results but even to survive as a club. I glad they did. I bought a Slavia shirt, red & white halves with the upside down star, and they were sort of my second club while living away.

Back to 2007 and that night Arsenal slayed Slavia Prague 7-0. It was a massacre, with Cesc Fabregas pulling the strings, Alexandre Hleb weaving pretty patterns, Tomas Rozisky twinkle toes on the left against his Czech counterparts, Theo Walcott got in on the act, and even Nicklas Bentner scored on the night. It was magical football of the highest quality. Rarely since those days have I seen an Arsenal team turn on the style in Europe, and completely crush European opposition. Until last night's complete performance when the heat was on, the pressure was at it's height, and everything was on the line.

In 10 mins of devastating football, Smith Rowe had a goal chalked off by VAR after he marginally strayed offside to tap in a Saka effort that was tipped onto the post. Then Smith Rowe wriggled through about three challenges to play in Pepe, who under pressure stayed on his feet, and buried a shot into the roof of the net. Then almost from the kick-off, Saka was felled in the box, and Lacazette rolled in a penalty. Saka, added a third wrong footing the keeper as he cut in from the right hand side, and the tie was over. Lacazette completed the dominance with a 4th goal in the second half.

And irony of ironies, now Unai Emery and Villarreal await. Villereal, the team that Arsenal overcame in a European Semi Final to make it to their only Champions League final. So many memories there and it just seems appropriate. I always think that that moment in 2006 was the pinnacle of Arsene Wenger's reign and from then on, things were starting to slide, despite the odd fleeting sparkling moment of brilliance as in 2007 versus Slavia Prague.

Is history starting to turn, as the wheel of fate often does? Is this Arsenal team, from the ashes and the cull of the last 18 months starting to rise like a phoenix once again? If handled correctly, there is an insane amount of talent in the young players coming through. Saka, Smith Rowe, Martinelli, Balogan, Tierney, Saliba, Gabriel, Odegaard, if we can keep him, Nketiah, Willock on loan at Newcastle. There are one or two more in the youth ranks at Hale End who have high potential. Have faith with Mikel Arteta and keep your fingers crossed that we can win 3 more matches.

Because if we do, this club is ready to fly high again...