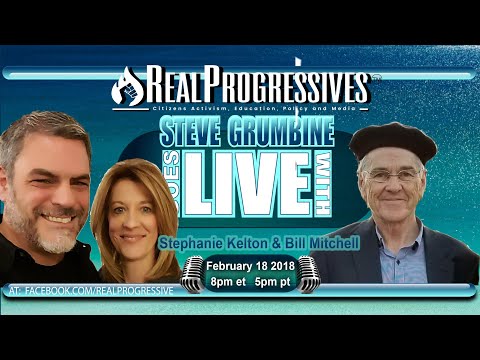 Shout out here to this dude Steve
Grumbine who creates for RealProgressives.

The summary in a nutshell is that post-Keynesians are happy to use deficit spending sometimes to provide stimulus, but they ultimately have the same flawed and illogical assumptions about how money works in a fiat currency system that the neoclassical neoliberal wankers do, and this leads to poor policy and impoverishment of society just the same as neoliberalism, although perhaps not quite as severe. The point is, if you are not prepared to fully use the government ability to create a private surplus with It's monopo power over issuingng of It's currency, then you are uer-utilizing yourur most precious natural resources, your people.Deficit doves merelyly uer-utilize less t than neoliberals.

One of the nasty results of Deficit Dovery and Deficit Hawkery, is that people are often pigeon-holed into working at jobs they hate because they are grossly over-qualified. Why so? Because the socially necessary jobs are the first available people get hired for when there is no slack in the private sector. That means, if you have a highly educated population of unemployed, a lot of them will be shoe-horned into doing menial jobs that their brains literally cannot cope with, while less skilled workers who could do those jobs are left unemployed.

A Modern Money Dynamics policy advocate will tellou that this scenarioio (which is currently reflective of our reality) is a needless waste of human potential. Thgovernment should d instead fully fund a job guarantee scheme using the privatsurplus generating power itit has, so that people signing up to the government job guarantee can pretty much do the work they are qualified to do, if it is socially useful. You do not want government bureaucrats telling people what work they should do in a leftist JG scheme. You instead want people to offer the government their skill at whatever jobs they think they can fulfil, and the government signs an agreement to pay them a living wage to do that work, provided they fill in the necessary minimum paperwork and oversight agreements to get their work done according to promises.

A progressive leftist job guarantee scheme is thus a lot closer to;

This way, you not only get full employment of all willing workers, you get people doing things they more naturally suit. If you cannot see the massive social benefits that accrue then I would suggest you are bordering on being a sociopath.

Until we have AI Robots able to perform menial hazardous labour, there will still be a social need for people to do unpleasant unskilled work. We should remunerate such jobs with massively high salaries. In the past, that woulve been people like coal minerers. The old coal miners George Orwell wrote about, and who Thatcher persecuted horrifically, should have been living like aristocrats outside work hours. They should have had wages commensurate with modern professional athletes, notalf because their r work was ten times as gruelling, but also because a caring society does not want a coal miner working more than a few years due to the health hazards, they should be able to comfortably retire after 5 years ming.

These days macachinery does much of the hazardous work, but not in all industry sectors, and not in poor countries in the global south. Paying low skilled manual labour a decent living wage does not put the rest of us in poverty, in fact the reverse, the more families have to spend the more businesses who rely on consumers will profit.

Sadly, it is a practical law of psychology that most dimwits will prefer to take home $70,000 if their neighbour is earning $60,000 then they would to take home $80,000 when their neighbour is earning $90,000. So in addition to deficit dovery and deficit hawkery (both philosophical positions which have been debunked as fantasy notions, but believed as dogmby many well intentioned people)e) we have these other very human ychologigical flaws which make the objective factual and powerful ideas of modern monetary dynamics so difficult for people to accept, and even more difficult to act upon even when they know inllectually the MMDMD ideas are correct.

Envy and pride often get in the way of sensible social action. But we can change these patterns of behaviour. The dude Steve from RealProgressives changed from being an arch right-winger into a real true blue (in the UK and Commonwealth this would be "true red-blooded...") progressive leftie when he saw the real damage to people around him following the 2007-2008 GFC. It's always terrible that silver linings are preceded by disasters. But hey, if you are going to continue voting for neoliberal centrist wanker politicians you will have more disasters, so better a silver lining than no at all.

Footnote 1: MMD is "Modern Monetary Dynamics", my preferred nomenclature for what over the whole Internet and in academia is still called MMT (Modern Monetary Theory). MMT is erroneous and poor language framing because MMT is not a body of theory, it is objective fact about how monetary systems operate. The theory overlaid upon MMD/MMT (like free healthcare, free education, and a job guarantee) is not MMD proer, because MMD(MMMT) is value-neutral, it cannot tell you what society wants. You must tell the economists and politicians what you wnt, but I want you to know thaat only the MMD economists will be able to give you it within full reason and material and ethical possibility. For instance, your society as a collective might not want free education for some god unknown reason, so fine, you can ditch that and still be living in an MMD economy. For MMD (at a minimum) you only need: (1) a sovereign government with police-backed tax authority, (2) a fiat currency backed by government trust, not by any material commodity like gold, (3) proper democratic elections so that your government representatives do not use money fraudulently, so that if it does you can vote them out of office.
Footnote 2: I welcome any good faith corrections to my summary explanations of MMD/MMT.l.

Great article, thank you. You explained a lot in the article in a clear and concise way, even I can understand.