A little perspective on the Chronavirus death toll in the USA, NOT as bad as they want us to believe; there are larger risks! 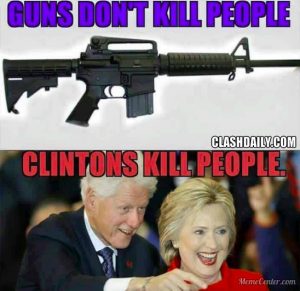 The Chronavirus is getting a lot of MSM attention today! The numbers are not as scarey as they want us to believe. This virus does cause fatalities at a rate of 2.3 %, with most deaths occuring in the infirmed. These numbers are sketchy, and hard to verify, but the death toll is between one and 15 with the best guess at 8.

Here is an article for comparison:
https://weather.com/health/cold-flu/news/2020-01-28-flu-more-deadly-than-coronavirus

Here are real numbers on common flu Vs Chronavirus:

While much of the world is focused on the coronavirus outbreak, influenza continues to take its toll in the United States, where an estimated 15 million people have been infected and 8,200 have died from the disease so far this flu season.

While the Centers for Disease Control and Prevention (CDC) said those numbers aren't unusually high, they're far higher than the 4,583 cases of coronavirus and 106 deaths confirmed worldwide as of Tuesday morning. Five people have been stricken with coronavirus in the U.S. and no deaths have been reported.

A lot of these deaths probably occur in either older people or those who suffer other medical conditions which mean they cannot cope with the virus as well.

I am NOT saying to ignore this problem, just don't hide in the dark!

Now here is something to really worry about:
https://americafirstpatriots.com/updated-clinton-kill-list-full-list-people-mysteriously-dead-working-clintons/

These numbers are hard to nail down too, but they are claimed at 40 to 200 deaths, with the most solid estimates at about 100 dead.

Let me ask you a question. How many people in your circle of friends or coworkers have turned up mysteriously dead in the course of your LIFETIME? None? Maybe one in rare circumstances and you probably tell the story all the time because of how strange it was that it happened to someone you know!

In other words, have you ever seen Dateline? Have you ever seen one of those Datelines where the husband has had 2 or 3 wives all die under bizarre circumstances? Each time they claim it was an accident. “A million to one shot!” Terrible tragedy! Except the investigators start to get REAL suspicious by the time the 2nd and especially 3rd wife dies “accidentally“.

So if we take these 'Best" numbers, of 8 and 100 respectively; you are 12.5 times more likely to be killed by the Clintons, as you are by the Chronavirus! Think we will see this on the MSM?

Just sayin' we aren't looking at the real risks today....

So Watch out for the clinton virus; It's VERY dangerous, ROFLOL!

I went down to the supermarket and cleaned it out of Clinton-Repellant. I'm GTG.

I will have to do that here! I have an 80 gallon high pressure sprayer, but it won't reach DC, SMH!

After all they are WMC (Weapons of Mass Corruption), so chemical weapons are a graduated response....

True, LOL! Pay no attention to the man behind the curtain....

106 deaths worldwide? I thought China itself had thousands.

8 deaths in the USA, 100 clinton kills is separate, and more dangerous, LOL!

I think the underreported ones are in Iran too. Looks like they are using mass graves over there....

Yeah I saw that the Iranian health minister died from it.
I think Mike Adams might disagree with your post, he has some scary numbers:
https://www.naturalnews.com/2020-03-08-when-people-tell-you-it-wont-be-that-bad-coronavirus.html

Never said it wasn't serious, I just said the clintons were more dangerous.

We lost 8500 people last year from Rinovirus in the USA. This is just another flu, the biggest danger is the long incubation period, so it spreads while you don't know you are sick.

On the plus side, normal flu avoidance measures will also stop Chronavirus!

Only if we are careful.

This is likely true.

“There will be a vaccine that stops it.”

“The government will stop it.”

They could care less!

“It won’t affect America like it’s affecting the rest of the world.”

It will get here, soon! BUT, I do Not think it is the monster the MSM would like us to think it is! Stock up on Echinacesa, vitamin C, hand wash, and masks!

lol...talk about preachin to the choir! The reason it's already so much worse here than anyone knows is because they haven't been testing for it.

They didn't know to test for it. It is a low fatality rate for the 'plague' the MSM is trying to make it out to be.

This is more a publicity issue as an infectious issue. It looks like it will be used to blame a market crash (where money is pulled out from the market...the real cause) on so those stealing the money won't be blamed.

what? who's stealing money from who?

Mike Adams said the CDC didn't sent out test kits for weeks, that's all I know.

They are selling the dow short to crash the market, so they can pick up the undervalued stock after destroying a lot of little guys retirement accounts!

Their response kit as well as their other responses, has been done quickly with intelligence. This stuff takes time to manufacture....

MY complaint is the out of reason claims on the problem from the MSM!

Sir smithlabs! You mind translating your last sentence from Okie into English?
"MY complaint is the out of reason claims on the problem from the MSM!"

MY complaint is the "out of reason" claims on the problem (Chronovirus) from the MSM!

What the? I don't get it. The MSM is claiming that the coronavirus is out of reason? What's that mean?

The claims they make are NOT reasonable. We are to be 'wiped out' by this virus, according to the MSM.

But the fact is, that 2.3% mortality rate, followed by immunity, is not enough to wipe us out. Unlike many pathogens, the chronovirus can be stopped by using minimal methods. Avoid direct contact, filter breathing, and just wash your hands; and you are safe.

This is not anthrax or ebola! It is a variant of the common cold!

They are using this as a tool to crash the stockmarket, and steal a lot of money from a lot of retirement accounts. The MSM is helping in this, because they are Owned things!

OH, and they are blaming President Trump...WTF? He has taken good steps to limit the impact, and had Zero to do with the generation of the problem! Again, NOT reasonable....

Well, that 2% mortality rate sounds low until you start talking about millions of people being infected. So it depends on how many get sick.

Only the elderly and those in poor health but that's a heck of a lot of people. They are really blaming Trump? Who's doing that, the MSM?

Some of the real problem diseases kill 2 in 3 so 1 in 50 is not in the same league. It does depend on how many get sick. One of the infected people here in Tulsa, went to a basketball game!!!!

We just need to be a little smarter than that, SMH!

The Elderly are at a higher risk, because their systems are weaker. They die from secondary infection problems.

I will do a post soon of herbal treatments to armor the immune system before exposure! The MSM blames President Trump for Everything....

Sir smithlabs! Yes, very good information and that post will be interesting!

Basically, be healthy before you are exposed. But that won't protect your retirement!

Yes I agree. I bet supplement makers are having a great quarter so far.

They do have the best medicine (even better than laughter) for keeping us well! Buy what you need before it is gone....

I need to place an order today and hopefully I'll beat some of the rush. It would be nice to have comfrey to rub into Jack's leg, does hyaluronic acid help with ligament healing?

I just saw that they have lots of forms of it on vitacost.com, liquid, organic leaf in bags, oinment in jars.

Haluronic acid is the mortar the body uses to hold cells together, so it is critical to healing.

Sounds good, get the type that is easiest to keep on the dog, long term. Time also helps.

Right. The easiest would be a salve to rub in right?

Easiest to apply, weakest strength, so apply more often. Get what you can....

I sent you a protonmail email in case you want to check it out. I know you can't handle more than one thing at a time but maybe later during a wiskey break or something.

I agree. That's one thing I'm not stocked up on though!

Bad dog, LOL! Whiskey is good barter supplies, you should have a few cases in storage. :D

Get on it, slacker!

Well that's probably one of the things that hasn't been bought out so I'll see what I can do. Beer would be great too but I don't think beer lasts very long does it? Like a couple years?

Whiskey doesn't spoil, beer does. Beer must be Made when needed, from stored grains and yeast. Whiskey is easier, LOL!

Right. I'll get on that. But I have to go someplace that sells it. We're in a "dry county" here, they only sell beer. That's why there's no bars in our county.

Sounds like a whiskey trip for sure, ROFLOL! Makes it Better Barter material that way.