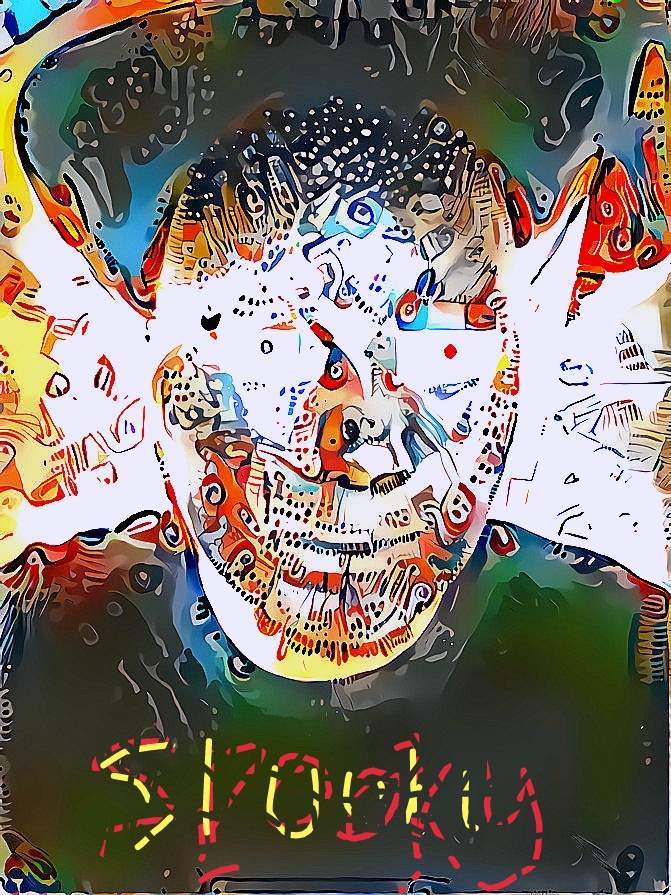 The muggy mangrove breeze drew it's brackish backwater breath in and out, spritzing it's salt soaked spray all over my sticky skin. The moon offers me nothing in its newness to ease the treachery of this unplanned exodus. By my best estimate it must be just after midnight. Just a few short hours ago I was sitting in my favourite chair, which I had drug out onto the terrace to advertise to any trick or treaters that this was indeed the spot to procure sweets, so long as they could survive some spookiness..

Strangely as the sunset and the heat of the scorched earth dissipated I sat alone patiently awaiting my first victim. Nary a goblin, ghost, ghoul, vampire or witch had graced me with a visit. It was then that I realised the totality of an eery silence I had never heard in the confines of my concrete jungle dwelling. Only the mango, banana, and morninga leaves rustled as an ominous wind began whipping about. What the fuck I said under my breath. As the final abrupt concussive sound of the hard "ck" fell over my lips I had a forlorn and frightful thought.

For some inexplicable reason I wondered how many souls had uttered a similar vulgarity as their last unheard words. Surely millions or even billions of humanoids had greeted the grim reaper with such hostile salutations. I shook off the macabre morbidity and cracked the front door open to yell out for my wife. Only the darkness of a blackout replied. Panicked I flung myself through the threshold and as I did I felt the impact of an immense immovable object that obstructed what should be an empty hall.

Something grabs a hold of me tightly
Then I flow like a harpoon daily and nightly. Will it ever stop? Yo - I don't know
Turn off the lights and I'll glow !
To the extreme I rock a mic like a vandal
Light up a stage and wax a chump like a candle.

Dance, Bum rush the speaker that booms
I'm killing your brain like a poisonous mushroom.

The power had come on and somehow ice ice baby was blaring from the stereo and every light in the house was on. I covered my eyes and screeched "make it stop" ! My clammy hands muffled my torment and I bit my fingers until I tasted blood. The music stopped! Sheepishly I removed my trembling bloody hands from my eyes and I saw my wife glaring at me with that look. The same look I'd gotten when I passed out drunk next to the litter box with a houseful of guests present.

Now I was really fucking scared ! She threw an empty pot at me that multiplied in mid air into a thousand glimmering stainless pots. All of which had their own highly judgemental demonic facial expressions imprinted upon them. Each one of these animated pots peered mercilessly through my paper thin soul.

As the cold steel plastered itself onto my forehead I saw my wife's pierced lips open and as they did an assault of words obliterated what was left of my tattered mortal soul. I couldn't make them all out clearly but the last two words were clear as a bell and reverberated like a pipe bomb inside my head.

Holy shitballs the harsh reality of these words catapulted me back into a semi sober state of existence whereby I recalled drinking a heroic dose of magical brew. In a flash I was back in the murky waters of the mangrove holding an empty pot staring up at the stars... I said what the fuck and the night sky swallowed me whole and I knew then I had taken the ultimate trip..

And thank you very happy you caught this treehouse of horrors homage..

For some inexplicable reason I wondered how many souls had uttered a similar vulgarity as their last unheard words. Surely millions or even billions of humanoids had greeted the grim reaper with such hostile salutations.

A Halloween trip, spoooooky! You grow them yourself or pick wild ones?

Purely a picker my friend