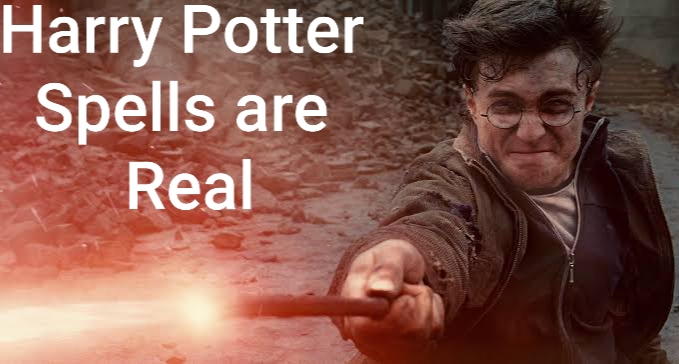 Well as the kids, we all liked Harry Potter movies, didn’t we? Some of us have also read the whole series of Harry potter novels.

Nearly everyone who has gone through this series has become a fan of it.
As it tells us the The adventure of a little boy named Harry Potter in the world of magicians where he fights against the evil spirits of Lord Voldermort and his dark forces by the use of his magical wand.

But have you ever thought the reality of magical spells used in this series? Are the spells written in this novel real?
If these Spells are real how can they effect us? Can we move objects in the air with the help of our wand?

Well, There’s an answer to all of your questions !

In Tennessee, A Roman Catholic school has banned the Harry Potter novels claiming that the spells and curses used in the Novel are real and they could risk conjuring the evil spirits if read.
This decision was explained by The Reverend Dan Reehill in an email that was sent to the parents of one of the students of St Edward Catholic School in Nashville. In the email, he wrote that he met with different exorcists and vaticans of US Before taking this decision.

He wrote in his email that these books present magic in two forms, the good and the evil. He claimed that it’s not true and called it a clever deception. He also added that these spells and curses are real. One should not read these curses and spells because it could risk conjuring of the evil spirits into the person who would be reading that.

Well, personally I would say that there are some spell that are close to real words. let me take an example of a spell, Episkey, it is derived from a Greek word Episkeu, that means “to restore, or to repair”
Another spell is Tarantallegra, This spell forces the legs of the victim to dance with full passion. It is derived from a Italian word allegra meaning joyful and another word, tarantella, which is the dance of the southern Italian folks that involves the rapid movement of legs..

Similarly there are also other spells which are derived from different words of different languages.