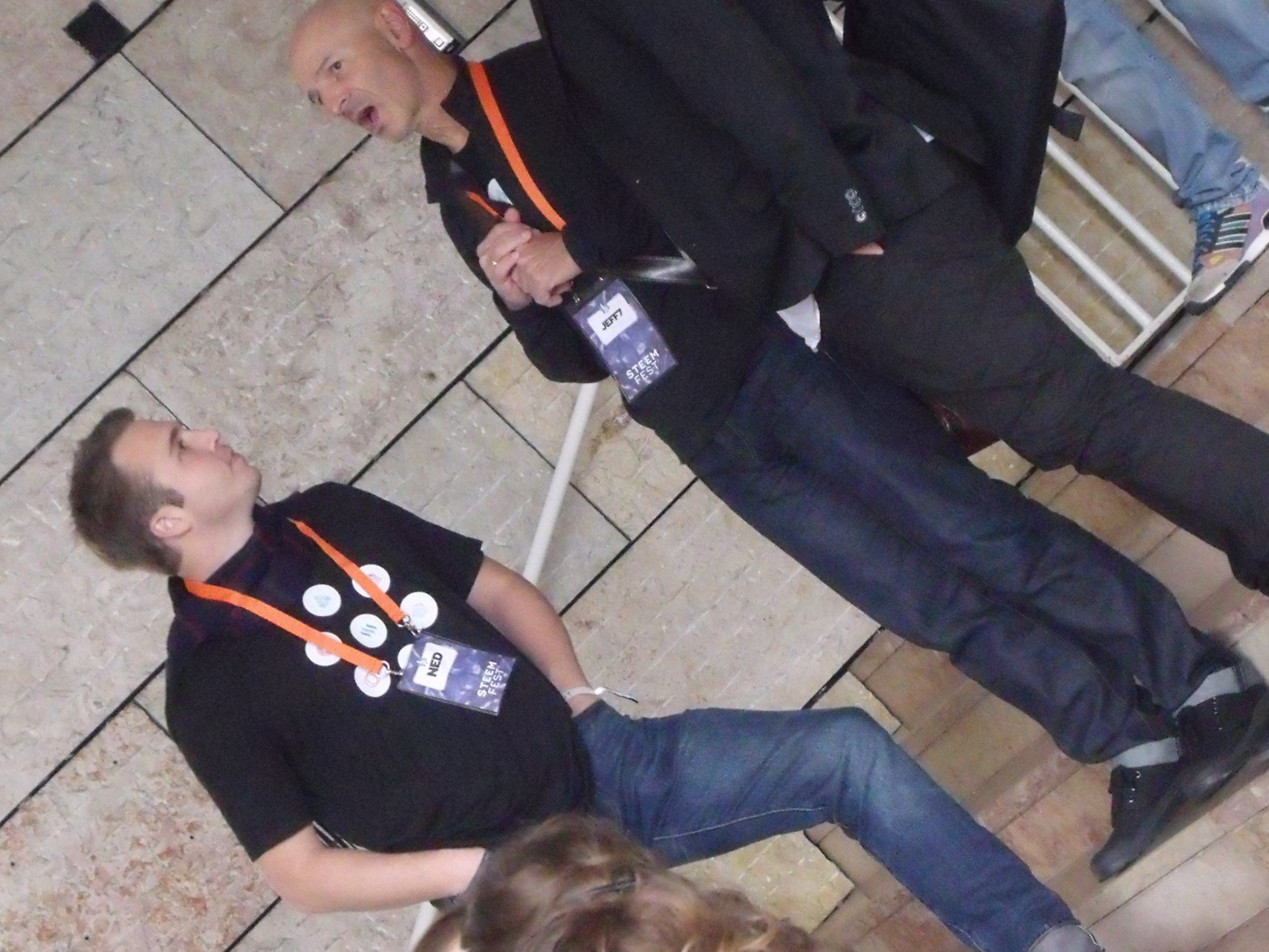 Good day Steemian and welcome to today's Steem price update for 23/3/2021.
I have been posting the Steem price update since almost the very beginning of Steemit.com back in 2016 along with other content.
Many have came here to discuss the daily Steem price's and recent STEEM changes for now over 4 years.

If you tire of addictively looking at the charts every few minutes then instead just relax and look here for the average daily STEEM price for your daily plan or strategy.
And even if you are not planning to do anything with your STEEM I still recommend checking out these updates every so often.
So without further ado lets take a look at today's Daily Steem Price for 23/3/2021. 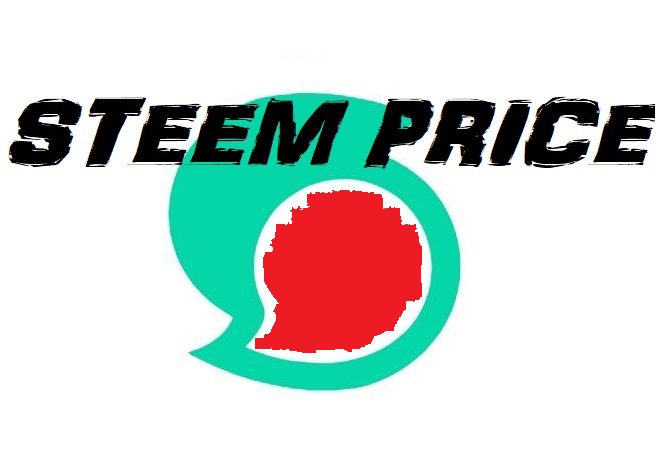 Heading towards the end of March the weather will hopefully continue improving we had about a week ago this crazy storm which washed away most of the cold but did bring in some really strong winds. But now that the storm as cleared the cold started to creep but this past week the weather as been nicer with the sun shinning but it's still been relatively cold like today in the middle of the day was even a little warm but later it was very cold again. Since my return to work I have not seen my colleague who I believe as recently lost a family member so understandable. I was off today with the intentions of meeting a friend earlier so that I could return earlier to jump on a online call later. But meeting my friend ended up happening almost at the usual time, now normally that is my fault but this time she was the one who was being a little late. While I did return home a little earlier I don't think I will have enough time to jump on that call and I'm not even sure if I'm in the right state of mind to do so. Yesterday colleagues were complaining about how long its taking for them to get vaccinated and how they can't wait until it's all over, I just wouldn't be too sure it's all over once people have their vaccine. We also had the departure of Harry who had got fired recently apparently he got caught on the phone with a personal call rather than a work related one. If your thinking that's abit extreme to be sacking someone over that I feel the same but I'm convinced our boss is using him as an example of what happens to those who get caught and I reckon it probably wasn't the first time old Harry had got caught on the phone. I also don't know why they are avoiding communication, I understand the virus but you are still walking and talking to each other during work, plus they continue to do reports and checks on people which requires feedback. A perfect example was the other day when a superior came up to me stating that our boss wanted things done in a particular way. My point is there is still feedback between people so really there is no excuse for them not to just to tell me something rather than writing it in a email. I also need to try and see if I can find anything for Easter since the stuff as been out since before valentines day... But I always seem to have this problem that when I look for the Easter eggs closer to the actual time of Easter only the broken ones on the shelves remain. I was also able to pick-up part on my new curtains, I basically need two pairs of curtains in different sizes and so part one that covers the larger area as already arrived, now it's just finding the right day to put them up . Still regardless of still working during this lockdown I have noticed some weigh was gained, and so I have been trying to shed some of the weight off. And will continue to do so until either work get's too hectic again which I'm expecting it to happen during the summer or when everything opens up..if it ever does. Yesterday and now today I missed out on my workout, hopefully can catch it tomorrow. Also while off I tried the old retro Captain Planet game which yes is based from the cartoon series but I don't think I like it, it's got some interesting ideas but the control seems bad, sure there was mostly bad reviews but often time's the games aren't as bad when you know a few tricks but I think also to blame is it's very boring levels, it's hard to explain the look great but they are boring or just downright annoying. Anyway so the guy from across the road to me who likes to make noise with he's car struck again recently when he woke me at 5 in the morning with he's car. I then saw him the other day as I was coming in home from work, he was working on he's car as he often does, and it sure would be nice if for once he would fix the bloody noise it makes, but clearly he didn't because as I wrote the post he had the car running outside making a noise for 20 minutes, they had been out there for over 3 hours in the dark using flashlights, guess they couldn't wait until it's light lol. They then must of gone for dinner but it didn't end there as he came back out "twice" to just run he's car making a noise, lol he didn't even drive anywhere, just sat in he's car with the motor making noise.

I had been diving more into Tron as I wanted to learn more of it's basics, I then looked into "Tron Stacking", even done a few votes with my frozen Tron. After a few days I then went back to check on how my votes done and noticed that I had successfully earned a little Tron, well a whole $0.01 Tron lol. I tried again but only made $0.01 worth again lol. But still even with that I'm curious of it's potential and so I might see if I can find some more Tron and do a few more votes to see if I can increase how much Tron I earn. But for the moment I wait and watch Steem for when might be the next best opportunity to strike 🥊 or in other words buy more Steem. But Steem as been going in the opposite direction, even shockingly seen at $0.80 so it looks like I might have to wait a little longer. Or perhaps we wont even see Steem fall back to $0.16, could this mean time is running out for the gathering of cheap Steem? Many seem to think we will see Steem hitting $0.85 to around $1 by June well we already hit over $0.85 on March 23th. Also the Steemit Crypto Academy as really gained some momentum with many people joining in for the 6th weekly update and doing all their "homework tasks" did you know you are actually allowed to follow as many of the courses as you want? Which you could be rewarded for taking part with upvotes from the steemcurator01 or steemcurator02 accounts? Yes so go check it out Steemit Crypto Academy, it's basically one of the most educative programs running on Steemit with 5 professors with different topics within the cryptoverse. So while the rest of the world is in lockdown you would think there are no Steem Meet-ups happening well you would be wrong, there was the Steem Meetup in Aceh, Indonesia 21 March, curious? Well further details about the Krueng Meureudu river Event can be found here Aceh STEEM EVENT Krueng Meureudu and yes it was literally by the river, many supported the event including the steemcurator01 steemcurator02 accounts.

💚We saw recently in March STEEM almost reached $0.90 but unfortunately even with these insane 💰$55000 Bitcoin prices STEEM as continued to not move much, which is a shame as people should be investing into this great coin as you can do so much more with it, but it does mean I can keep collecting it at a cheaper price for myself🤷‍♂️. Or maybe not for much longer as we are seeing Steem actually reach above £0.85! This is interesting as the rise back in November 2018 was the last time we really saw Steem around this value, yeah that was a long time to wait to see these heights again. Strangely it's been mostly holding around the $0.40 mark but we are now finally seeing some movement and it looks to continue going upwards. The lowest Steem price this year as been $0.15 and the highest $0.87 which broke this years record on Mar 23th. It would be nice to see if this year Steem can atleast hold above $0.17 for most of 2021. Still this brings opportunity as it's a great price to "power-up" your account, if you are under 10000 SP you may want to consider getting some, I don't say this as a way to improve your financial situation but rather to enjoy the benefits of having Steem, like speeding up your account's Steem accumulation or how much Tron you gain and other general tasks etc, as after-all a small bump in the price with those holding's would bring-in some nice noticeable benefits.

💛 We reached "🐬TRIPLE DOLPHIN🐬" in November last year which means our collective STEEM POWER is now over 💪15000 SP!! There are around 616 Triple Dolphin accounts, and if you add all those up "it's ALOT of Steem Power" like nearly 10mil, you going to join us or what? We will of course continue to collect and lock-up even more STEEM! My goal 🌍 now is to reach 20.000 SP🏆, hopefully by June 2021. But due to the Steem price rise and if it holds I don't see this happening, unless we get a few more whale upvotes in these coming months, but so far this week we have done really well and we are now into the final big stretch. But I want to thank everybody who does vote in, and for their kind support. I have now been on here for over 4 years and have never powered down✔️ not once!! 🚫, I also continue to invest into STEEM in small quantities✔️, your votes can help with this also, but essentially all of this means that your votes are safe with me and help to retain STEEM's value, since being a "Top 400 Steem-Power Holder" it's beginning to count, your votes may even help make it go higher in the future with plans for purchasing more STEEM. We totalled 7.841 SP at the end of 2019 and reached 15.000 on November 24th and so if you want to help me on this quest "locking away 20.000 Steem Power" with the intention to support and retain more of it's value 👉 then please consider leaving your best vote below.

Secretly win a %70 Upvote with over 13000 SP From Me
You can win the Upvote by simply doing ALL 3 steps below..

1.First please upvote this page.
2.And secondly dont forget to follow me below.

Also since votes don't always = $ and you if want to see more you can send me Steem Power Tips to @simonjay to help support me along with the value of the STEEM currency as I have not powered-down once in 4 years.

🏆 Hi @simonjay! You have received 0.05 STEEM reward for this post from the following subscribers: @tyrnannoght
Subscribe and increase the reward for @simonjay :) | For investors.

Done
Steem will go up

Done
Steem will go up