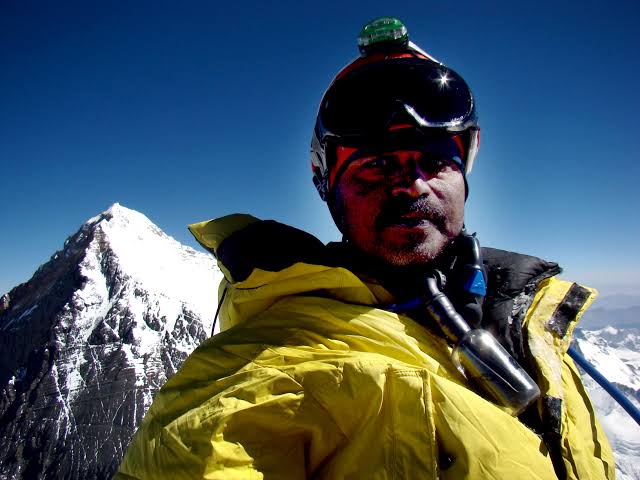 I exclaimed with sorrow that Dipankar Ghosh had gone missing of Makalu expedition. All Indian people expected mirakkel for his missing . But it has no mirrackel . We have returned his death body . After his death , he accvhived great respect as bengali mountaineer . He is a bengali guy. He has achieved national adventure award of Tenzing Norgay. Wednesday , central government had declared six mountaineer name lists. Every mountaineer will got great award of Tenzing Norgay. Dipankar is one of them. Dipankar ghosh has got the ground adventure categories award .Besides Aporna and Monikandan will get the ground categories . Provat Raju kholi will get water adventure reward . And Rameshar will get Air adventure award . Makalu is the fifth apex in the world . Dipankar went to visit this apex for adventure . But unfortunately he had gone missing in 16 may 2019. In 18 may , Susoma soraz declared by her twitter that helecapter can not collect dipankar body because of Stormy wind.Adventure organizer team declared thar dipankar touched makaku apex . After that when he was returning , he was missing .Last 8 april , Dipankar left his own house the purpose of makalu adventure . Last September he snatched victory of Chou u apex. Besides Dipankar snatched victory of ,Everest ,lotse,Khanchanjonga, Manasalu,and Dhoulagiri etc. He touched this every apexes. He got successful . Because of Dhoulagiri adventure , he got great injuries , doctor had rejected his rare part of body , . In a word he is legend mountaineer in India . He worn in Haowara of West Bengal . Really it is sad news for dipankar , one the other hand it is great news and great achivement and worthy honours for dipankar .
Through death and with great works, He will be immortal in us.