What I have learned lately on steemit by @silencewan 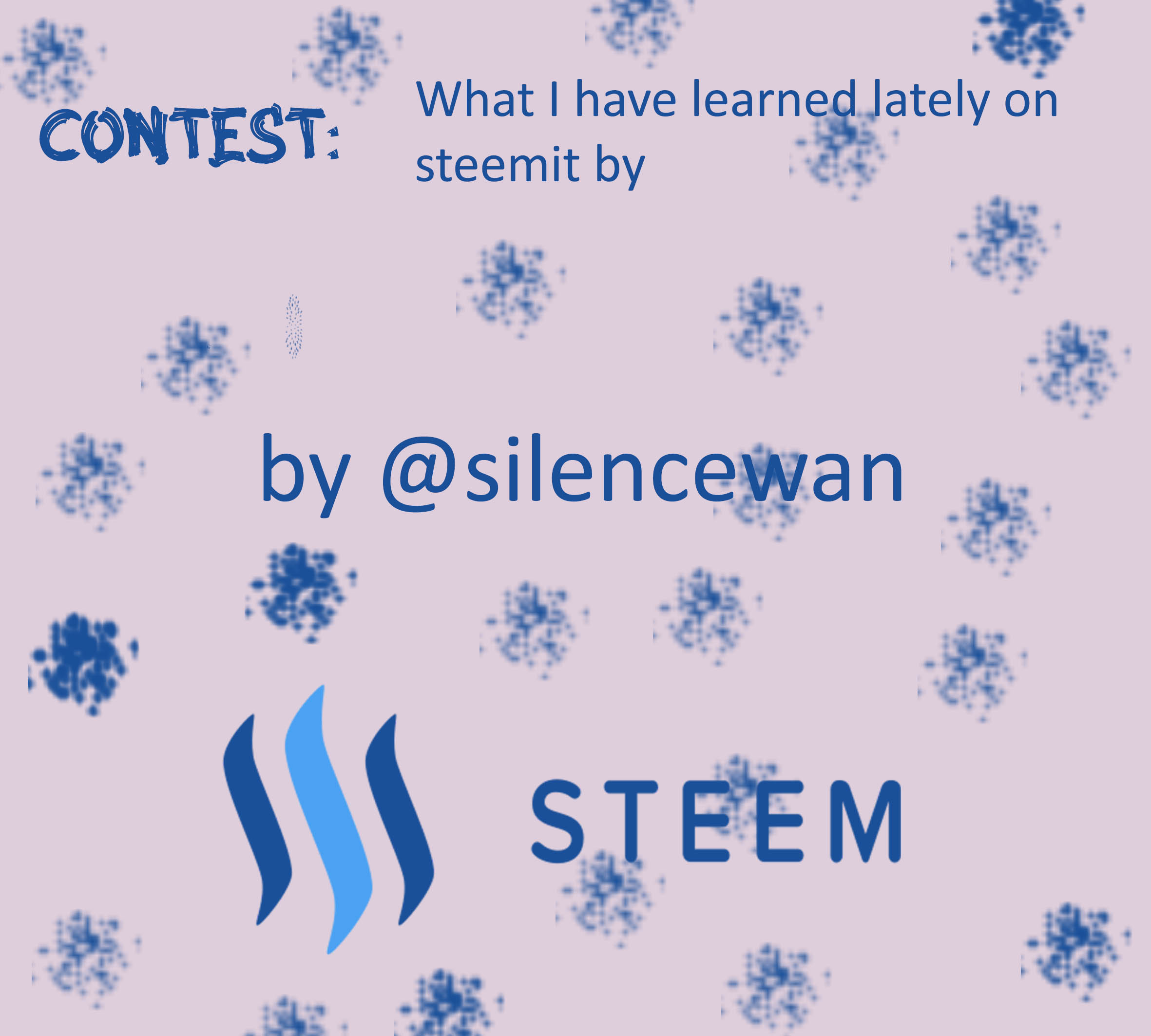 This contest is about what I have learned lately on steemit. So basically observations I have made lately concerning the steemit platform. I must say that there have been a lot of reforms made, though I joined the steemit ecosystem two months ago and from then until now I have seen that there has been a massive improvement concerning how things are being done now.

This is the community I would like to talk about as my starter. We all see the best works @cryptokannon has done in this community. Just to uplift the image of the steemit platform.

This is also another community I would like to share what I have learned so far. This community is actually based on the knowledge you know about cryptocurrencies and so on.

This community has also done a great job lately to promote the stem ecosystem. It is done through rewarding users who do a great job in promoting steem.

This group is actually on the lookout to detect plagiarised content in the steemit platform. We see most at times users do not take their time to make their research and come out with unique content. They plagiarise from various sources which the steemit platform does not tolerate. So this group is on the lookout for plagiarized content and once you are fought. Your reputation and image are tarnished because they add you to the table of plagiarism.

I would like to end my summary here, There are still so many things I have learned, which if I intend to pin down, it would be of much work reading. Thanks to you @mcsamm for this wonderful contest, I am really so happy to be part of this contest.

All these take hard work, its identification helps you to be the best. I hope many people can learn also from your discoveries and help build a better community. Wishing you the best.

Thank you so much
It’s a pleasure

all these discoveries you have made shows that you are learning, keep it up

Thank you Mr @collinz grateful for your remarks

Well done, it was a good summary capturing almost everything, kudso

Thank you so much. It’s really a pleasure

“This post has been rewarded by @oppongk from @steemcurator04 Account with support from the Steem Community Curation Project."

You've made some very interesting and informative discoveries which shows you're a hard worker so keep up the good work.