Do you think Cryptocurrency investing is a zero sum game? 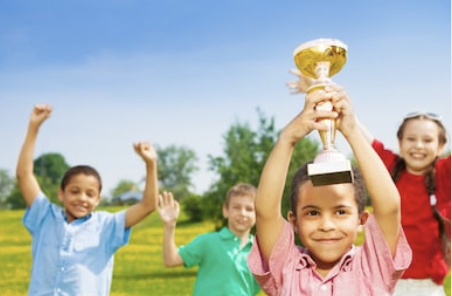 I was reading an article about Bitcoin dominance and Bitcoin returns and the author made a convincing argument for investing in Bitcoin. Then I read the comments and one question was: If Bitcoin is doubling every year, then why invest in anything else and should we get rid of the nearly 2000 other Cryptocurrency projects or altcoins, meaning all coins which aren’t Bitcoin?

This question made think long and hard about Cryptocurrency investing, and stock market investing also. So I asked myself, if I think Apple is the greatest stock ever, or Amazon or Netflix’s, why invest in anything else? Why root for anything else? Does Apple’s success depend on Amazon’s failure? Does IBM’s success depend on Microsoft’s failure? What I am really asking is, can all of them succeed?

I think the answer is yes, because the stock market is big enough for more then one winner, and the stock market sectors are big enough for more then one winner. So what about the cryptocurrency market, is it big enough for more then one winner? I think the answer is yes. I think when we look at the New York Stock exchange alone we see trillions of dollars invested, and that’s just one stock market exchange. When we look at sectors we can find 10 to 20 different companies doing well in the same sector. In short there appears to be enough investors and money to make several thousand companies successful. There are various index’s listing top stocks, the S&P 500 lists 500, the NASDAQ lists 1000, the Russel lists 2000, etc, etc, the lists go on of nearly 10,000 successful companies on US Exchanges alone. The look at other exchanges across the world and you see thousands of successful companies. In other words investing shows us that entrepreneurial success isn’t a zero sum game; I win and you lose. Instead it is what I call a multiple winner game, as in multiple companies are successful and reward their investors.

On that note I look at cryptocurrencies and our current tribalism, where we enthusiastically promote the positive aspects of our favorite coin and some feel the need to enumerate what’s wrong with other coins, as if tearing down the others built up or upgraded their favorite coin. I think we need to discard this behavior and instead promote the cryptocurrency industry first and our favorite coins, but leave out the attacks on other coins. We need to look at the millions of dollars in this investment sector and realize there are billions more dollars, euros, etc that can enter this sector. There’s plenty of money for many coins to be successful. The truth is that very rarely does one coins success depend on another’s demise.

The point I am making is it isn’t a zero sum game. The success of one Cryptocurrency does necessarily doom all others to failure. We are early in this Cryptocurrency investment niche lifespan. The oldest project Bitcoin is still to young to drive a car, certainly can’t smoke tobacco or drink alcohol. The coin projects will live or die based on the viability of their computer code, just like a babies survival depends on their genetic material. Let’s realize that there can be multiple winners and there are multiple winners. It’s not a zero sum game, it’s a multiple winner game.

Title: Do you think Cryptocurrency investing is a zero sum game?

Congratulations @eii, you successfuly trended the post shared by @shortsegments!
@shortsegments will receive 0.06324075 TRDO & @eii will get 0.04216050 TRDO curation in 3 Days from Post Created Date!

) Currently you have： 3 SHOP