I got ten pounds of bacon for Christmas! 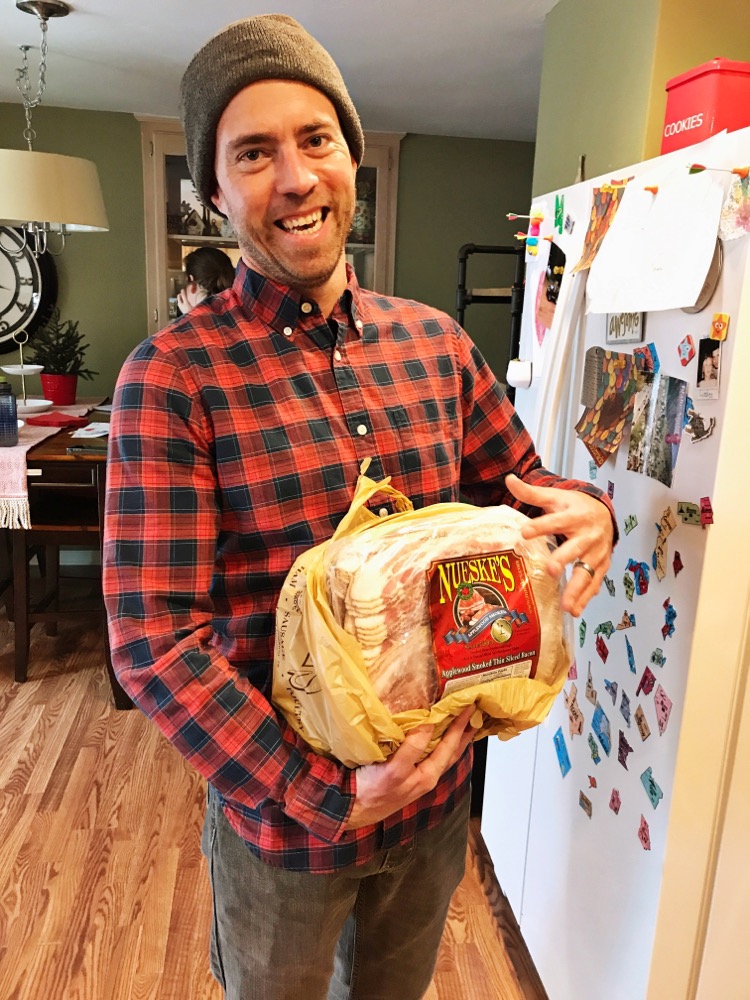 It was kind of a Christmas present, but it came from my brother-in-law’s significant other. She works at the company that make the bacon and has for years. Apparently, there was some error in the way it was cut, and the employees are able to purchase it for much cheaper than normal. My wife inquired about us being able to maybe purchase one of these from her, but instead we were gifted it.

When I got home, I let it thaw out just slightly, enough to be able to to pull it apart. Then I vacuum sealed it in smaller portions and put it back them back in the freezer.

This photo was taken by my wife and is me with a “bacon baby.”

what an absolutely perfect christmas gift!