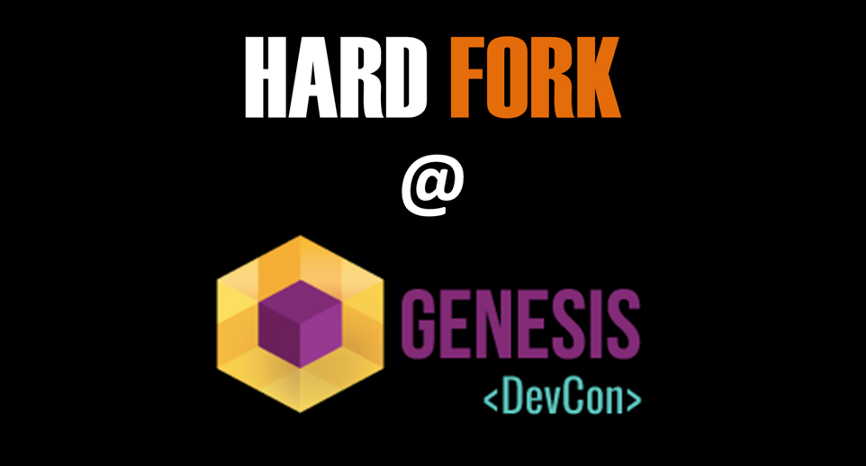 In the past year or so, there have been umpteen weekend Blockchain meetups and events and we have been associated with some amazing thought leaders who are working really hard to ensure there are niche markets and businesses for them under the blockchain sun.

However, nothing beats the weekend of 23rd, 24th and also the Monday of 25th November spent at the Genesis DevCon, India’s largest blockchain developer conference — yet! It was held at the Indian Institute of Science, Bengaluru; which in itself is a big statement for the vision that the organizers, IBC Media, had.

I think there will be a paradigm shift in the way the global community will look at India in the crypto and Blockchain space. The interest in India is now palpable with the latest acquisition of WazirX by Binance, the world’s largest cryptocurrency exchange. However, it is events like these, which bring the global communities together and create values around a technology space. Here is what this event might have changed for India.

With dedicated tech talks and presentations by speakers from national and international ventures and panel discussion on the technology front, the conference had many things for not only the developer but also for all aspiring startups. There was also a track for multiple hands-on workshops on certain new protocols and technologies.

The event with a difference

For once we saw some of the biggest names in the Indian and global Blockchain space descend in India for these 2 days. Aeternity, Tezos, Kyber Network, Microsoft, Reliance Jio, National University of Singapore, Nucleus Vision, Eleven01, IBM, SAP, Infosys, Accenture, PWC, KPMG, Matic Network, Marlin Protocol, Tech Mahindra — some of the names of companies which participated in this mini-giant of an event.

Also, we saw around 700 tech lovers come from all over the country, making this a huge techie and nerdy event apart from being a great networking joint and opening up collaboration opportunities.

We were (luckily) invited to this wonderful event to moderate a panel discussion and also shoot a special series of my TV talk show — Hard Fork @ Genesis DevCon. We are hoping that to broadcast some of these episodes soon.

The following are some of the names we got to interact with and talk about all things crypto, everything Blockchain.

Also known as the ‘Godfather of Ethereum’, Yanislav or Yani is someone who has had Vitalik Buterin as his buddy and partner in building Blockchain applications and protocols. He is currently working on a blockchain architecture that is scalable, governable and scriptable and which will enable scalable smart contracts that can interface with real-world data.

This protocol is called Aeternity and has some path-breaking features which might just about change a few things in smart contract development.

Interacting with him was a fanboy moment for me; we did discuss some interesting things about developing protocols and related talent in India! It was an amazing discussion on the Hard Fork platform, we are super stoked to have a thought leader like Yani as our guest.

There is a new protocol in town, called Tezos which is making inroads into the Indian Blockchain space, by establishing the Tezos India Foundation. Called the “self-amending ledger”, Tezos is an open-source blockchain protocol that has amassed a global community attracted to its transparency and security.

The setting up of this foundation showcases the promised India holds in the global blockchain community. Caleb has been a tech evangelist and entrepreneur for quite some time and is currently the President of the Tezos Southeast Asia and works extensively in creating and building the Tezos ecosystem. He brings a lot of experience and leadership to the table. My conversation with him at Hard Fork @ Genesis DevCon was primarily to understand the vision of Tezos in India and how Tezos is going to contribute in building a sound developer ecosystem here.

DeFi or Decentralized Finance is seeing a virtual explosion of sorts with multiple traditional financial instruments and stacks coming onto the Blockchain space. Many Indian companies are entering this space and are working towards creating an ecosystem to enable Indian and foreign crypto investors to leverage their products and services.

There has been one protocol, which is providing the boost needed in this sector. Kyber Network — an on-chain liquidity provider — is working on a protocol that aggregates liquidity from a wide range of reserves, powering instant and secure token exchange in any decentralized application. We spoke to Sunny Jain, the product head at Kyber Network about the various things in the DeFi space, how they onboard Dapps and the future of DeFi in India and the globe.

The Blockchain initiative announced by Reliance chief Mukesh Ambani in their last AGM led to huge buzz about Blockchain and speculation about a cryptocurrency/asset called Jiocoin. Rest assured, coin or no-coin, this initiative will lead to many new opportunities in the country.

Leading all this effort and initiative is a person who has more than 60 US patents granted, and 70+ published papers — Mr. Dilip Krishnaswamy, is the VP (New Tech R&D) for Reliance Industries. He is closely involved in the Blockchain push that they are giving to their business.

There are times when you are just humbled by the sheer knowledge and humility of one person. That was the experience I had when I met Dr. Satya Lokam. Dr. Lokam is a Senior Researcher at the Microsoft Research lab in Bangalore, India.

His research interests include Cryptography, Complexity Theory, and Theoretical Computer Science in general. Before moving to Microsoft Research, Satya was a faculty member at the University of Michigan, Ann Arbor. He received his Ph.D. from the University of Chicago and held postdoctoral positions at the University of Toronto and at the Institute for Advanced Study (IAS) in Princeton, NJ.

If there was one person who was instrumental in conceptualizing and creating this event it was a young leader in this space — Raghu Mohan. He may keep saying that it is the team and he did not have to work much. Which in a way is true, cause there was a super energetic and kick-ass team that was doing all the running around to make this event a success — they all handled it pretty well. But it all goes up to the leader at the end and how he leads it.

Raghu is not your regular hustler. He has a mind and heart which can not only articulate an idea pretty well but also execute it well too. Hence digging into his mind was pretty important to get a perspective of why this event was important. As ecosystem-enablers, IBC Media is in a good position because they have a fantastic young thought leader at the helm. We spoke about his blockchain journey, the idea behind this event and what to expect from it.

Hard Fork Specials has been devised as a shorter version of our talk show which we will undertake to highlight either a burning or important topic, a new technology, a special set of people or if we come across something special to showcase from the global crypto and blockchain scene.

Many perspectives will have changed after these super-charged 2 days at Bangalore. This event might have just created something new and Hard Fork is to have been part of this genesis. Here is looking forward to many more DevCons.