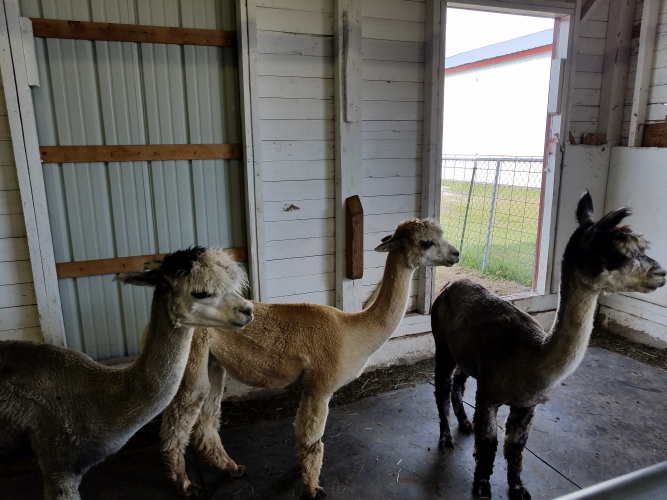 My neighbor and friend, Ms. B., invited me to go to the North Idaho State Fair with her on Friday, so I took her up on it. I usually go to the fair with family, so this was an unusual experience. I had no idea what she might like to look at, or how long she would want to stay. We saw all of the animals and passed through most of the other exhibit buildings and the commercial booths. Neither of us had any interest in the midway, and we barely glanced at the vendors near that area of the fairgrounds. As usual, I kept my phone handy to take pictures.

The first building we entered featured some alpacas, and oodles of items made from alpaca fiber. The animals were aloof, and kept their distance from visitors. 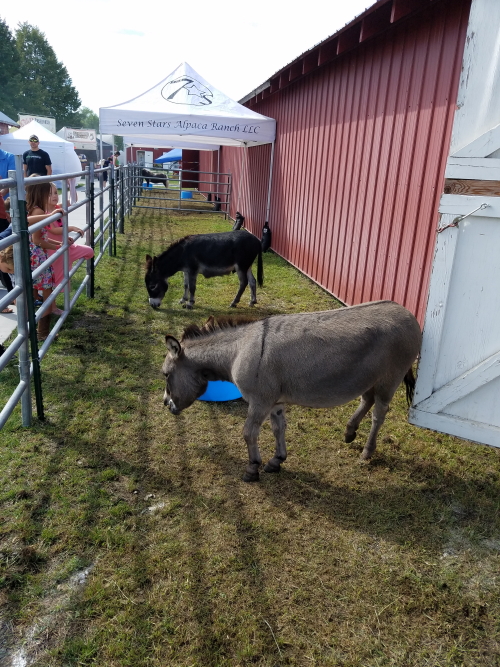 Outside that building were these two adorable miniature donkeys. 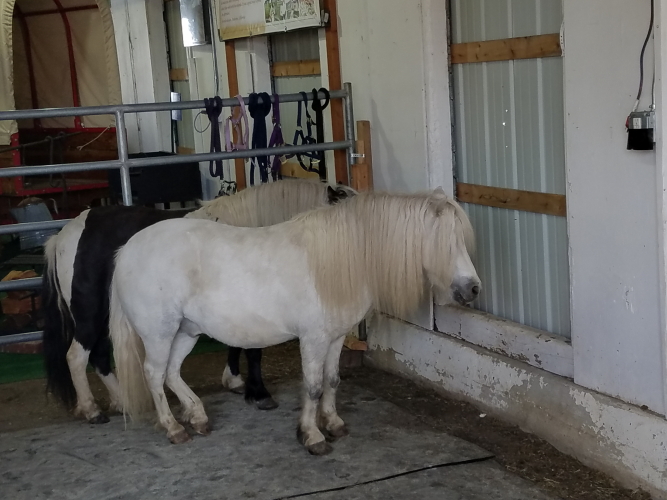 These miniature horses were also in the alpaca building, with access to an outside pen next to the miniature donkeys. 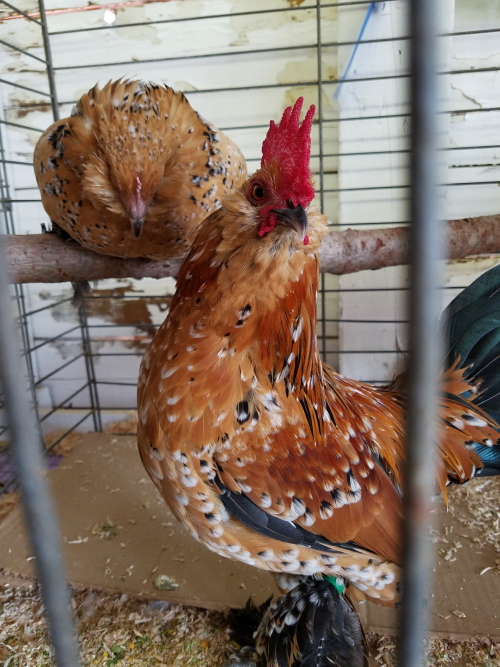 The next building featured poultry. I could have zipped through there quite quickly, because if you've seen one chicken you've seen them all. More or less. But Ms. B. likes to stop and gaze. So we dawdled. There were some unusual breeds, as you will see below. And no, I didn't think to write down what kind they were. 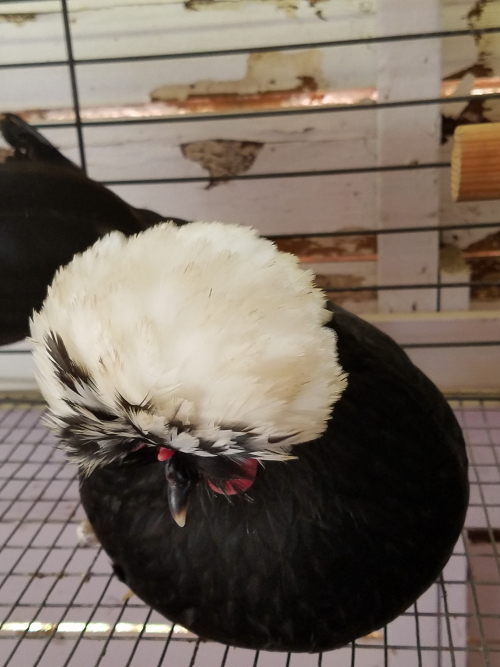 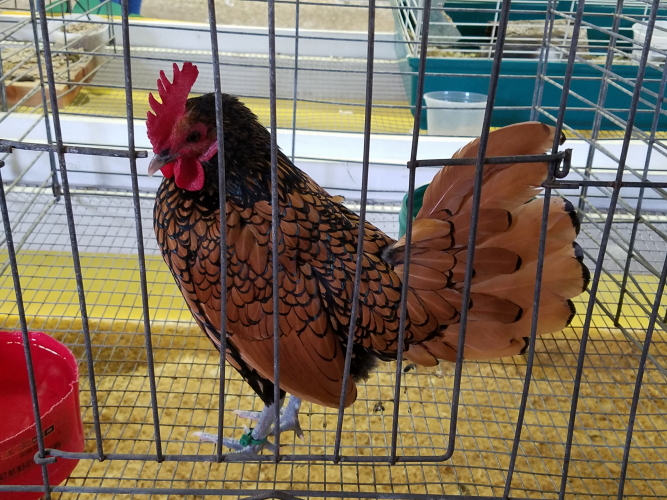 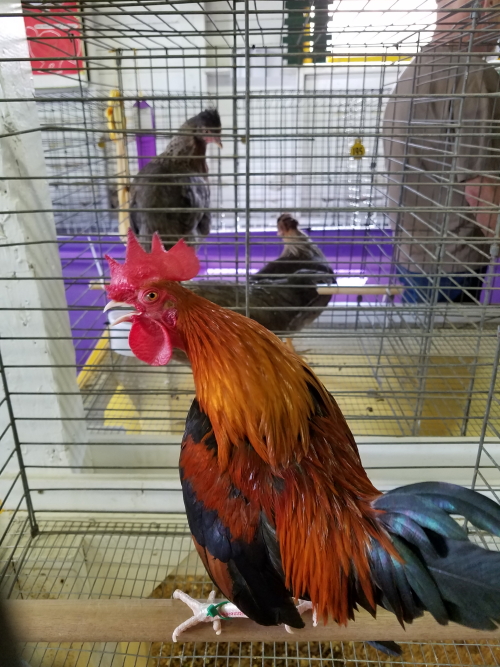 This rooster was crowing, and I happened to catch him with his beak open! 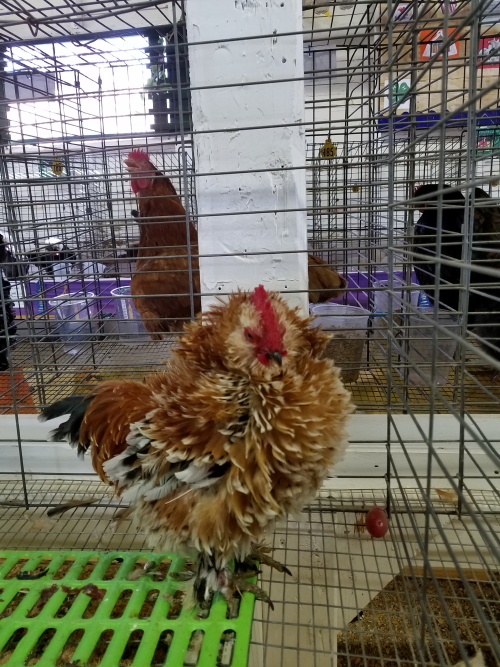 This particular breed looks as if it is having a permanent bad hair day. There were a few turkeys in the building, besides the chickens, but I wasn't able to get a good picture of them.

Next stop was the rabbit building. 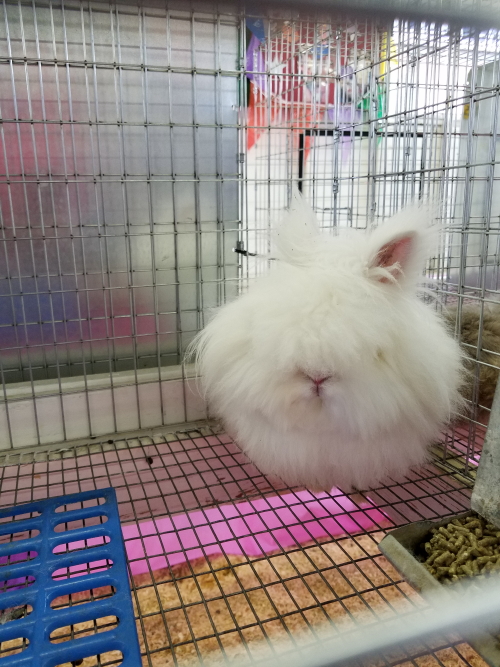 This one is so fuzzy, I could hardly see its face! 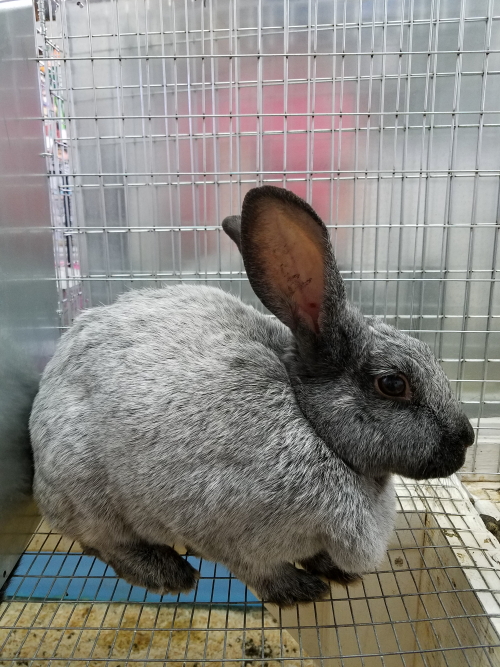 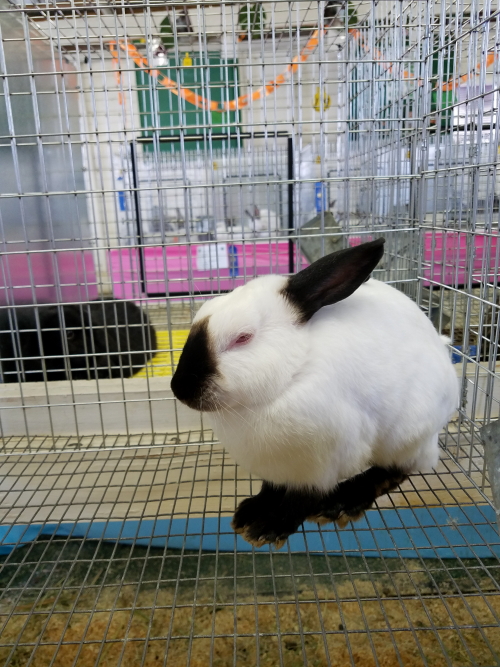 Rabbits are so incredibly soft! Three girls had their rabbits out of their cages and on a table so visitors could pet them. Two of the rabbits were cooperative, but the third one kept trying to run away. It kept its owner quite busy.

All photos taken on my Android phone.
animalsstatefairchickensrabbitsalpacas