The Most Dickish Jobs 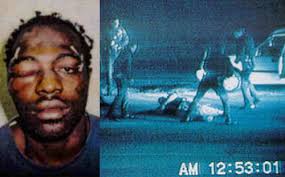 The police are an army, an army of soulless authoritarian rule keepers. Bullies blindly enforcing laws created by someone else under the threat of kidnap. They have no say on their dealings, they have sold the soul of their feelings. They may or may not agree with the rules they enforce but they do it anyway, using violence and kidnap to do so. They have surrendered all humanity for a pay check and a badge.

There are of course varying levels of police brutality in the world. America for example are killing off the working class in droves with little to no repercussion. An estimated 1093 deaths at the hands of police was recorded in 2016 (The Guardian 2017). However at the heart of it from top to bottom on the scale is the blind ignorance of rule enforcement. This is an even scarier thought should more horrific laws come into place.

Religious leaders give people hope when times are bad. No, they don’t give hope, they push hate and hinder the evolution of the human mind.

This sick schizophrenic philosophy gives people the justification to commit the most heinous crimes, such as terrorist atrocities, and child rape. For example the Islamic Prophet Muhammad invented insurgency warfare (R. A Gabriel 2007) and was a paedophile (R, Spence 2014). As the ideological man, the role model to follow in life this is a very disturbing blueprint in which direct links can be drawn. For example Muslim rape gangs targeting non-Muslim woman in eleven towns and cities across England including Rotherham and Rochdale (BBC News 2015).

And is it even worth sourcing articles about Islamic terrorism attacks? From nearly every continent on earth horrific attacks are carried out in the name of Allah.

Religious leaders shackle their followers in shame denying scientific and moral breakthroughs, thereby holding back the progression of millions. With this kind of evil, who needs Satan?

The bloated bottom feeding bailiffs, the lowest of the low they really are. Targeting the weakest of the weak at their lowest points in life and taking their last remaining possessions away from them. Somehow backed by law they bully their way into your house and start taking things away, and if you defend your property with force, they will run to the police. A family may have nowhere else to live, a person may have no other way to get to work, but that house and car are being taken, one way or another.

Another job were compassion is devoid, money coming before people especially for those without any. The real sickener is that you can’t do anything about it, you can’t hand them a beat down for their house invasion and theft. You just have to sit back and watch these soulless vultures pick the bones off your dead carcass.

At the expense of the British public the Royal family live lavishly whilst others go starving on the street. In a supposed democracy the people have no say over their taxes being used to fund the Royals. They sleep in silk sheets as the peasants die in the streets. For example tax payers were given a collective £369 million bill to spruce up Buckingham Palace in 2016 (B Reade 2016). The Queen will also receive a £2.8 million pay rise in 2017 in which her salary by law cannot be lower than the previous year (C Davies 2016). They are essentially the world’s greatest benefit frauds.

But more than this, more than the fact the Queen is above the law of the land, is the perpetuation of the idea that some people are born better than others. In a world striving for equality this is a very damaging concept.