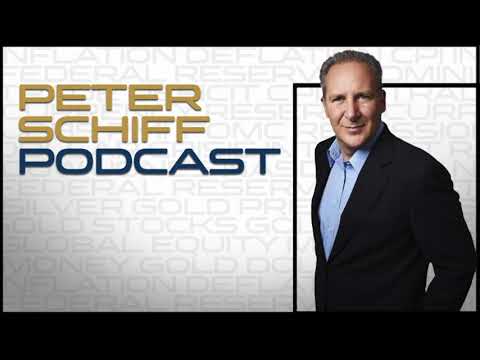 If you just looked at the U.S. stock market averages, you would conclude that not much happened today, but you would be wrong. Even though the S&P and the Dow and the NASDAQ were only up about a quarter of a percent, or maybe .3% - pretty small days. Although, as has been typical recently the Russell 2000 was down .6% and the Dow Transports down .8%. So the market, contrary to all the hoopla that you hear about how great the U.S. economy is, the markets are more worried about the slowing domestic economy than they are the global economy.

Of course, I don't like hypocrites. One of the things that Trump does, is he calls out the media for spreading fake news. The problem, is, he spreads fake news, too. When he is talking about how we have the strongest economy ever, that's fake news! So you can't live in a glass house and then throw stones and that's what the President does. More Weak NumbersIn fact, if you look at the economic data that came out this week, the data was weak! The ISM manufacturing number and the PMI number were weak . In fact they weren't as weak as they were expecting, but they were expecting weak numbers and we got weak numbers. Just not quite as weak. Although, the construction spending number that came out yesterday was considerably weaker than had been expected. Now, the Atlanta Fed is still at 1.54% .

I am not affiliated with Peter Schiff, and am posting his podcast to further raise awareness about his view of where the markets are, and where they may be heading.
Thanks, @scottyt
Please Upvote, Follow, and Resteem.
Also I would like to hear your take on what he had to say. Please comment.