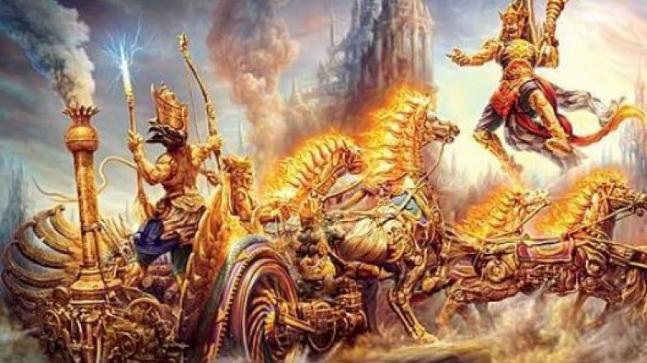 Krishna despaired over the destruction wrought by the Brahmasthra. So many lives lost — the kingdom, now ashen from the dust of hundreds of millions of lives. What wonders to behold when man and war would treat no more.

There is difficulty in contemplating the word "nuclear" without an image of destruction. Atomic theory, first developed through scientific curiosity, gave way to the perversion of military application. The United States was not solely to blame for the change in use. Many nations raced to apply atomic theory toward bomb development. The United States was merely the first to get there. The bomb was always going to go off. What mattered in the grand scheme of things which land would lay claim towards infamy.

Image by Robert Fotograf from Pixabay

Welcome, fellow Steemians, to our third installment in the Energy series. In this post, we will discuss nuclear power and build upon the information presented in our first installment (Energy - Overview).

We begin this discussion by summarizing the most common process of commercial power production. The description below will carry on towards additional entries of this series that fall under similar methods.

Nuclear Power, however, uses fission to release the heat needed for the power generation process. Controlled and sustained fission occurs within the nuclear reactor. The nuclear reactor sits within a primary system designed to transfer the heat released by fission into water that flows through the reactor. The heat circulated within the primary systems passes through a Steam Generator (SG) connected to a secondary closed-loop system.

Power plants use the heat source to convert water to steam within a Steam Generator (SG). The plant processes the steam and delivers it to a turbine causing it to rotate itself and a generator that creates electricity (Energy - Overview).

Image by olafpictures from Pixabay

We need a controlled, predictable, and sustained nuclear fission reaction for Nuclear Power to work. We get this, in part, by utilizing Uranium isotopes U-235 and U-238 as part of our nuclear fuel.

The Uranium-235 (U-235) isotope is naturally radioactive and will continue to decay until it reaches the isle of stability. The process could take anywhere from seconds to billions of years until it becomes an isotope of lead. Once U-235 becomes lead, it is no longer radioactive. U-235 comprises only 0.72% of the Uranium atom. We must separate the isotope from Uranium for use in the fission process. The process of separating U-235 from Uranium is difficult but not impossible. We've been doing it for decades. However, the cost isn't cheap.

U-238, similar to U-235, is also naturally radioactive and will decay until it becomes a stable isotope of lead. U-238 will, however, decay into a chain of different elements. U-238 is the most abundant isotope of Uranium in existence. Alone, however, the isotope will not support the nuclear chain reaction needed to sustain the fission process. We need to add U-235 to nuclear fuel to make it happen.

The fission process of commercial nuclear plants begins with U-235. U-235 spontaneously fissions by alpha decay to release two alpha-particles, three neutrons, and energy.

The neutrons bombard adjacent U-235 and U-238 atoms, causing more fissions. Neutron bombardment starts and maintains the nuclear chain reactor needed for nuclear power. The heat released from the reactions raises the surrounding water temperature.

Control systems in place will adjust the fission reaction process to maintain a stable temperature within the primary system that allows for circulating the generated heat to the secondary system where steam generation occurs.

All forms of power generate waste, regardless of how clean it appears. We create some waste during the process of producing electricity. The method of power production and waste handling determines the impact of that waste upon the Earth.

The most significant waste produced at a nuclear power plant is the spent fuel. It is so substantial that Power Plants must apply for, and maintain, separate licenses to keep the spent fuel on-site indefinitely.

The storage of spent fuel is so controversial that a permanent repository established is the center of continuous heated legal fights between Nevada and various branches of the government. The facility at Yucca remains closed to this day.

Virtually every form of power production comes with its accidents. Nuclear Power is no stranger to them. The difference between other types of generation and Nuclear is that when an accident happens, it is observable across the planet.

Nuclear events affect areas outside of their control.

On March 11, 2011, Japan experienced an earthquake followed by a tsunami. The earthquake caused a loss of all site AC power. The tsunami caused a loss of their emergency diesel generators. The loss of emergency generators caused an extended loss of AC. There was no way for them to get electrical power without working outside of their known procedures. Due to the extended loss of AC power, there was no cooling to the reactor and supporting systems. Eventually, core damage, hydrogen explosions, and radioactive contamination occurred (NIH).

Why did they lose their emergency generators?

A movie called "The China Syndrome," starring Jane Fonda, is about a fictional nuclear meltdown that occurred in a power plant near Los Angeles. Critics and industry experts scoffed at it and touted Nuclear Power's safety and reliability (History).

The TMI accident occurred in Pennsylvania on March 28, 1979.

A pump responsible for feeding water to the Steam Generators (SG) discussed earlier stopped operating due to an electrical problem. The failure caused operating SG water levels to fall. It is important to note that the failure of maintaining this water level will remove a heat sink in the primary system. System design anticipated this scenario and automatically shut down both the SG and the turbine, effectively shutting down the power plant. However, we still need to remove the heat present within the primary system (NRC).

Primary system pressure began to rise since they could no longer remove heat via the SG. The system design also anticipated this event. A pressure reducing valve responsible for relieving pressure opened, as expected, and successfully started alleviating the situation. Unfortunately, the reducing valve ended up being stuck open. The over-pressure condition was soon to become an under-pressure condition. The indications systems provided to the operations, however, was that the valve shut as expected (NRC).

Ultimately, the under-pressure condition caused the primary system circulating pumps to bind and led to a core meltdown before they were able to recover operations.

Chernobyl. There's something about the event that bothers me. The Russians employed a different technological approach to Nuclear Power than the United States used.

Russian systems at Chernobyl employed systems designed with a positive void coefficient of reactivity. What this means is that power surges become possible as the reactor becomes unstable at lower powers. The design was a critical factor in the explosion that occurred at the power plant.

In retrospect, the industry acknowledges flaws in the design of the Russian reactor plant. However, the design flaws were not the cause of the accident.

Personnel at the station decided to re-perform equipment testing WITHOUT consulting the appropriate test personnel. Due to this failure, they employed inadequate test controls, disabled safety features, and violated safety protocols to run their test (NEA). Their complete lack of common sense cause the accident, deaths, radioactive contamination of the countryside, and evaluation of hundreds of thousands of people. The opinion stated here is mine. I would love to know their justification for the actions they took.

Many workers received fatal doses of radiation, up to 300 Sv/hr, in their attempts to help stop or mitigate the accident (Chernobyl Gallery). I wonder what would have happened had people just talked to each other on that night of testing.

Due to issues with long-term radioactive storage sites like Yucca Mountain, a lack of off-site storage forced Nuclear Power Plants to store their spent fuel on-site, indefinitely, until a storage site is available.

The technology is impressive, and I have seen it done a couple of times. The utility adds pre-identified fuel assemblies inside a spent fuel pool for dry storage. Workers place a multi-purpose canister (MPC), housed within a device known as a HI-TRAC, into the pool. Operators then add spent fuel assemblies into the MPC. Workers then remove the HI-TRAC, containing the MPC; from the spent fuel pool, automated systems dry it and remove all moisture removed. 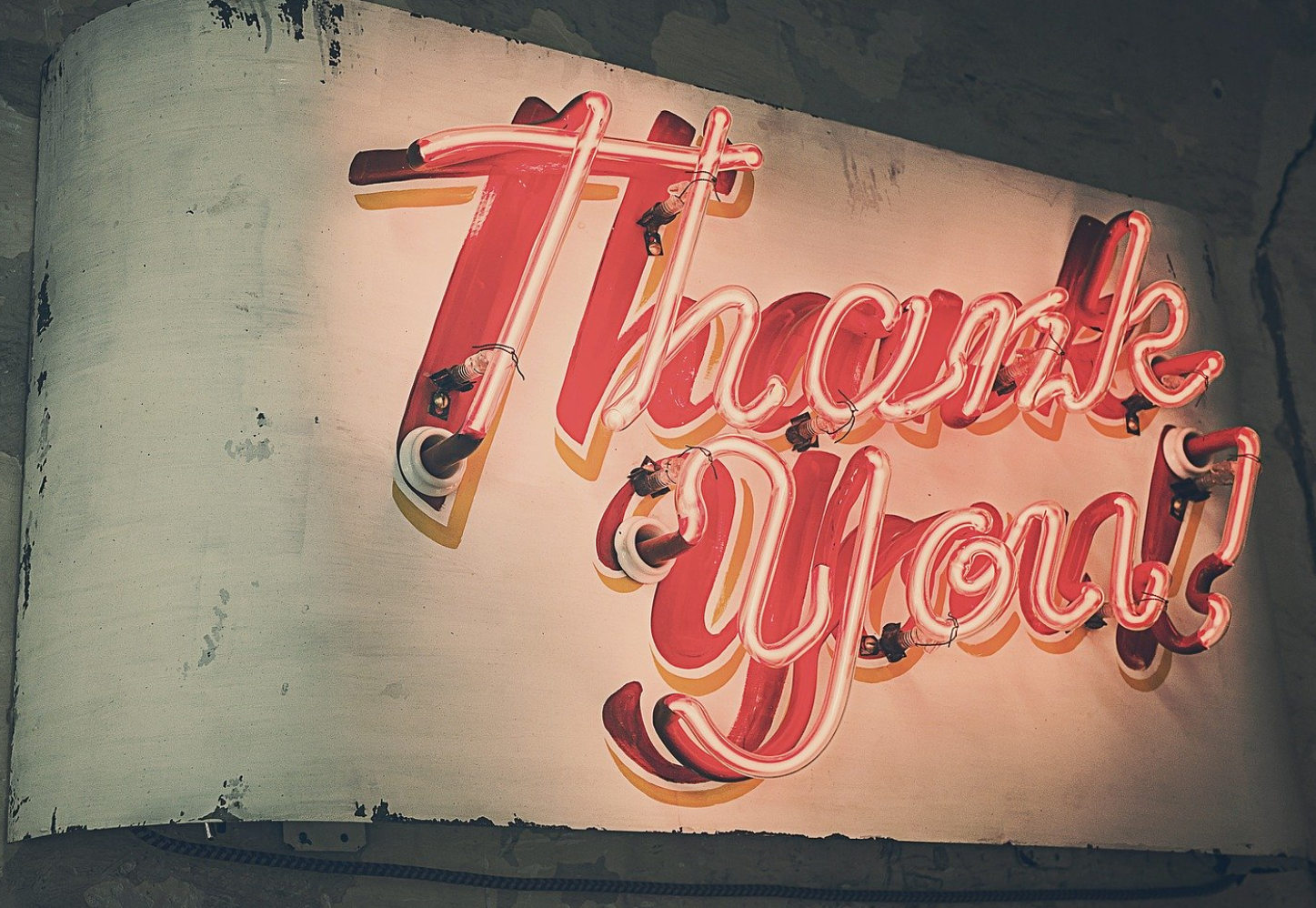 Thanks again, fellow Steemians, for following on with this series. Our next article will be on Solar Power Generation and covers similar topics as coal and nuclear.

Thank you for your consideration.

Thank you for the support and for the creation of the steemstem app. It was my first time using the app and I found it to be very convenient.