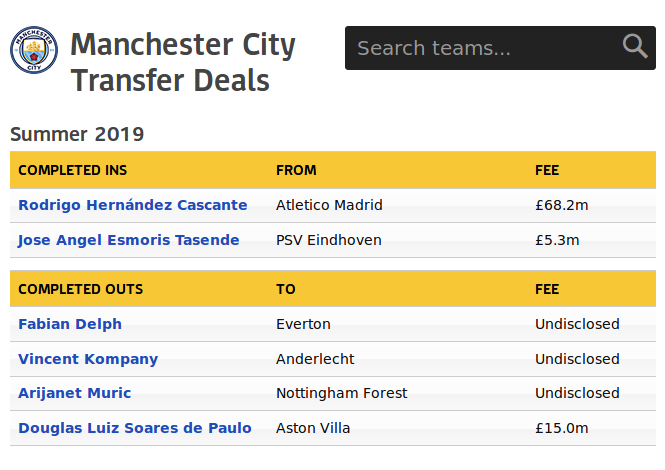 After winning two consecutive trophies, Pep Guardiola of Manchester city is ready to dominate the Primer League for the first time since Sir Alex Ferguson did in 1999 with Manchester United.

The Primer League champions are doing all the can not lose any of the key names in last year's square.

They have added two people to their squired just to but they're squared.

This is how they are doing in this end transfer season.

thanks for reading and voting