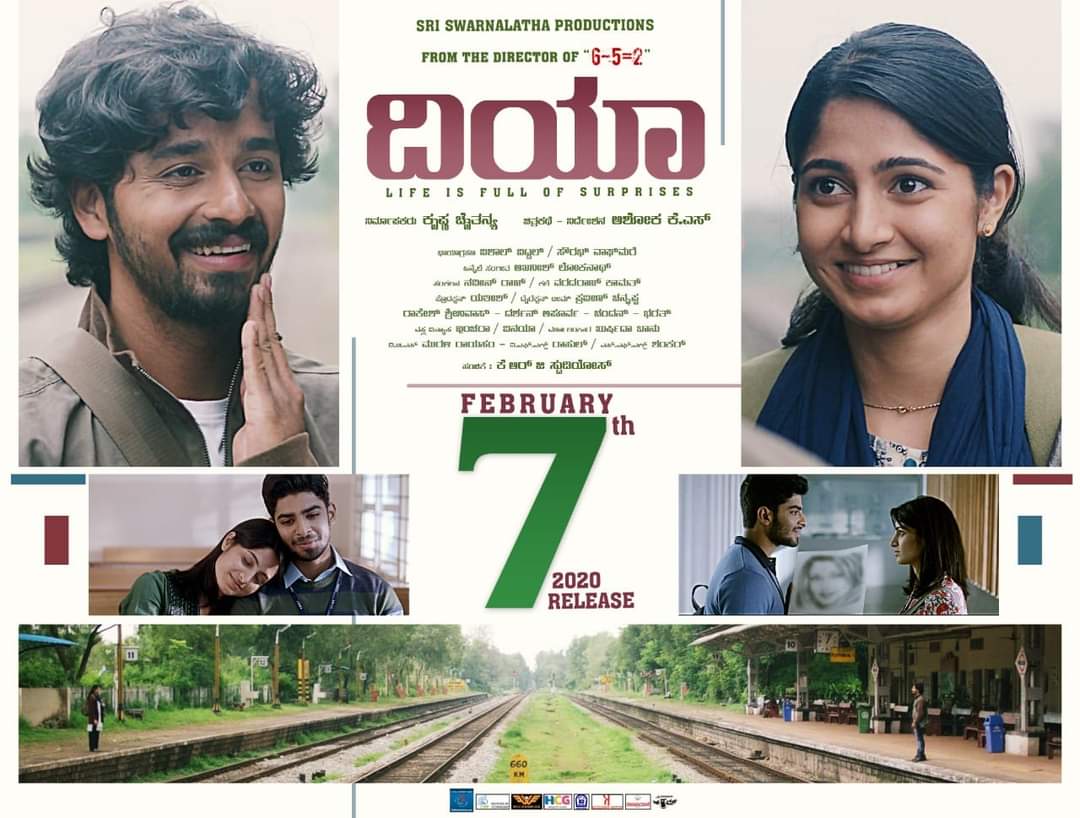 Although I did not have the opportunity to watch movies often, I decided to watch a movie with my work with a slight change. So when I asked my girlfriend about a movie, she said: " watch DIA".

DIA is the best romantic movie I have ever seen in my life. A masterpiece of Kannada cinema, it is a sensitive film full of true love, emotion and friendship.

The main characters here are Dia and Adi. For that, Kushi Ravi and Puthvi Ambar are contributing to the dramas the main actors. Their excellent acting contributions have done a lot of justice to those characters. Because of that natural acting, the film is very realistic and sensitive.

Excellent cinematography, excellent screenplay and direction can be seen here and this is why we can introduce this film as one of the most successful creations in Kannada cinema.

DIA is not just a movie that shows reality, it is a very practical movie.

Diya is a beautiful girl who can handle a lot of things. She is innocent and shy. A boy, who is studying at Dia's university is coming with new hope for the life of this little innocent girl. He is Rohit. She could not have imagined that this little girl's life would change so much because of Rohit. So the most beautiful love story that revolves around a girl named Dia is what we can watch in this movie.

The film begins with a girl committing suicide. Because of that vision, we have a lot of big questions.

After that, the second scene takes place with a love story from the university. Normally in cinema, the boy comes and asks for love from the girl, but in this creation, the creator has subtly created the love that a girl has for a boy in her heart. How does this love feel in her heart? The Creator shows us through the most beautiful scenes.
From time to time I wondered if this would happen in our real life.😬

This girl starts thinking about love with Rohit very beautifully. I saw it wonderfully in this movie. I thought again that in real life girls might be like this.

How does a person feel when the person he loves in his heart comes and asks for love from him? In that scene, the producer shows the situation we do not see in the real world. Also, the creator has subtly shown us how to win the first love of Rohit and Diya over time and how to build a life with dreams.

This story that flows like this changes at one point. That was with Rohit's motorbike accident. The love story of Dia and Rohit is beautifully woven by the creator who brings us unknowingly to the moment when our hearts feel very sad. Undoubtedly tears come to the eyes of anyone who watches those scenes. The Creator has beautifully taught us that unexpected things can happen at any time in life.

Is death the only solution to life's when you lose the strength to stand up mentally? If so, how comforting is that? These practical questions arise in her mind.

This time a boy named Adi joins her to renew her new life. When Dia wakes up with new hopes, Adi falls in love with her. Adi is a very broad-minded, optimistic person. What he says makes a lot of sense in our lives.

But he never imagined how much his life would change because of Dia, and that he would lose his beloved mother. I felt a lot of pain when I saw these events. The film begins romantically, but it ends up not as beautiful as we thought.
So try to watch this film because it's really interesting .

This film is directed by KS Ashoka. The film does not include any songs like other films and was released on February 7, 2020. Although the film aired for more than 2 minutes, I did not feel that way.

This is a movie that I am wanting to watch for a long time.

One day I started watching this and felt some fear to watch this so I stopped. Hope to watch it soon😊

Yes it is really a very sensitive film. But I noticed a lot of hidden things in our lives.

I watched this and I was shocked! I'm frustrated with the end. I stared at the end of it with my mouth open!😒 Why did it have such an ending? 😑

That is the nature of life. Things we think do not happen in this life. The best example is given by this film.

Thank you for donating 5% of your post rewards to the @sl-charity project.

Please enjoy this extra upvote for your generosity.

Thank you so much for your immense support.

Thank u so much

Most shocking end I experienced so far..
I really don't have words to explain my view on this movie

How about my selection 😋

Thank you so much for your immense support.