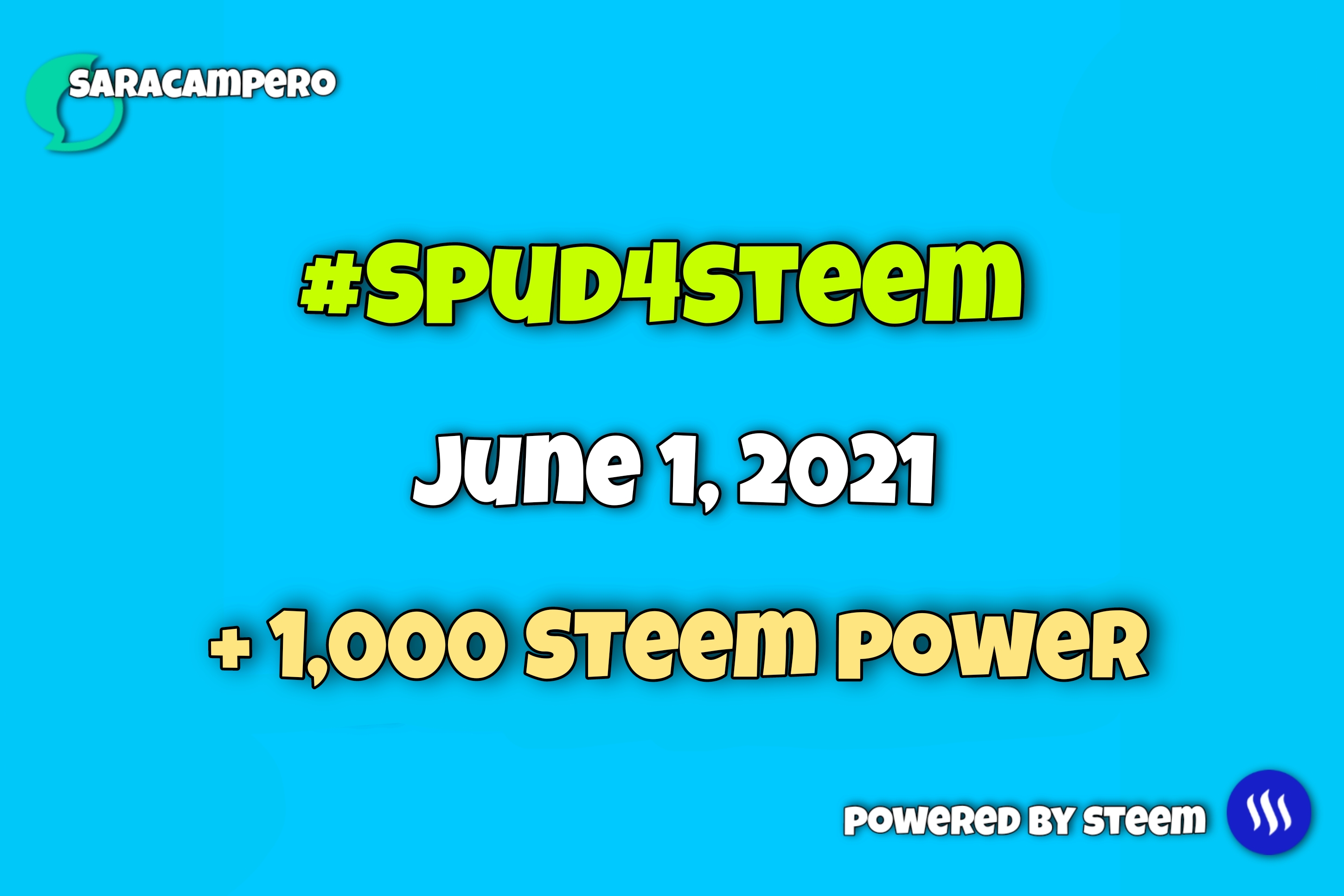 What is promised is a debt, today I make an appearance in this wonderful contest that is held every month, my country being Venezuela 01.06.21 at 16:00. In this first opportunity, I want to add to the growth of my account with 1,000 Steem Power. I hope to meet again next month.

I want to extend the invitation to this valuable initiative so that all users participate every first of each month, taking into account some rules written by our colleague kiwiscnafly, by the way, your username is very striking.

Now as I am part of the group of representatives of the countries, it is my moral obligation to do so, in order to motivate my followers to carry out this act, I always recommend them, so it is time to put it into practice of the better way. I hope to be able to Power UP with at least the same amount of steem for the next several months. I also want to make it clear that if I win a prize, the configuration of my rewards will remain 50% - 50%, since, I have a strategy and in this way, I can get more STEEM, and thus build more Steem. Energy, then use the 100% setting. So "if I win the prize", I promise to allocate all the rewards obtained in the next 21 days, "hopefully there are enough" to be able to grow faster.

I also want you to identify some of the winners from the previous months, in the following image. Surely you know some of them.

And you? Are you ready to participate? Would you like to be one of the winners?

Next I will leave captures of my accounts before and after doing the Power UP:

I do not know if the capture can be well observed from my mobile, I had at least 1000 Accumulated Steem Power from the beginning of this year until now, which are delegates to my favorite communities. As of today, I will have 2,000 with a 100% increase in my Steem power. I want to mention that it remains as part of my STEEM 2000 savings that I use as a strategy to trade and multiply my steem doing trading in the domestic market, in the medium term I hope to be able to make a great Power UP of at least 5 figures or why not 6 figures to long term, we just have to fight for our dreams to achieve it. It is worth mentioning again, that they spent many weeks saving my rewards and trades in the domestic market.

That's all for now, I hope my participation is welcome, I think I made an effort to win. And I'll keep trying for the next few months. "Power UP": D

Thank you very much for coming to enjoy my blog, I hope you liked it and that you come back soon. Until next time ❤️

WOW what an impressive Power up

I worked out you had a 99.40% increase, but the sound of 100% is far superior sounding
https://www.calculatorsoup.com/calculators/algebra/percentage-increase-calculator.php?v_1=1006&v_2=2006&action=solve

I am satisfied with what I did. I sincerely hope to continue participating in the following months. Thanks friend, I also admire your work. You are a very valuable person to our blockchain. When I grow up I want to be like you. 🤭

I never knew you can still trade with steem power until I saw this article.