My experience as Community Curators from February to March, 2022 | Curation Report - Steemcurator08. By CR Venezuela @saracampero 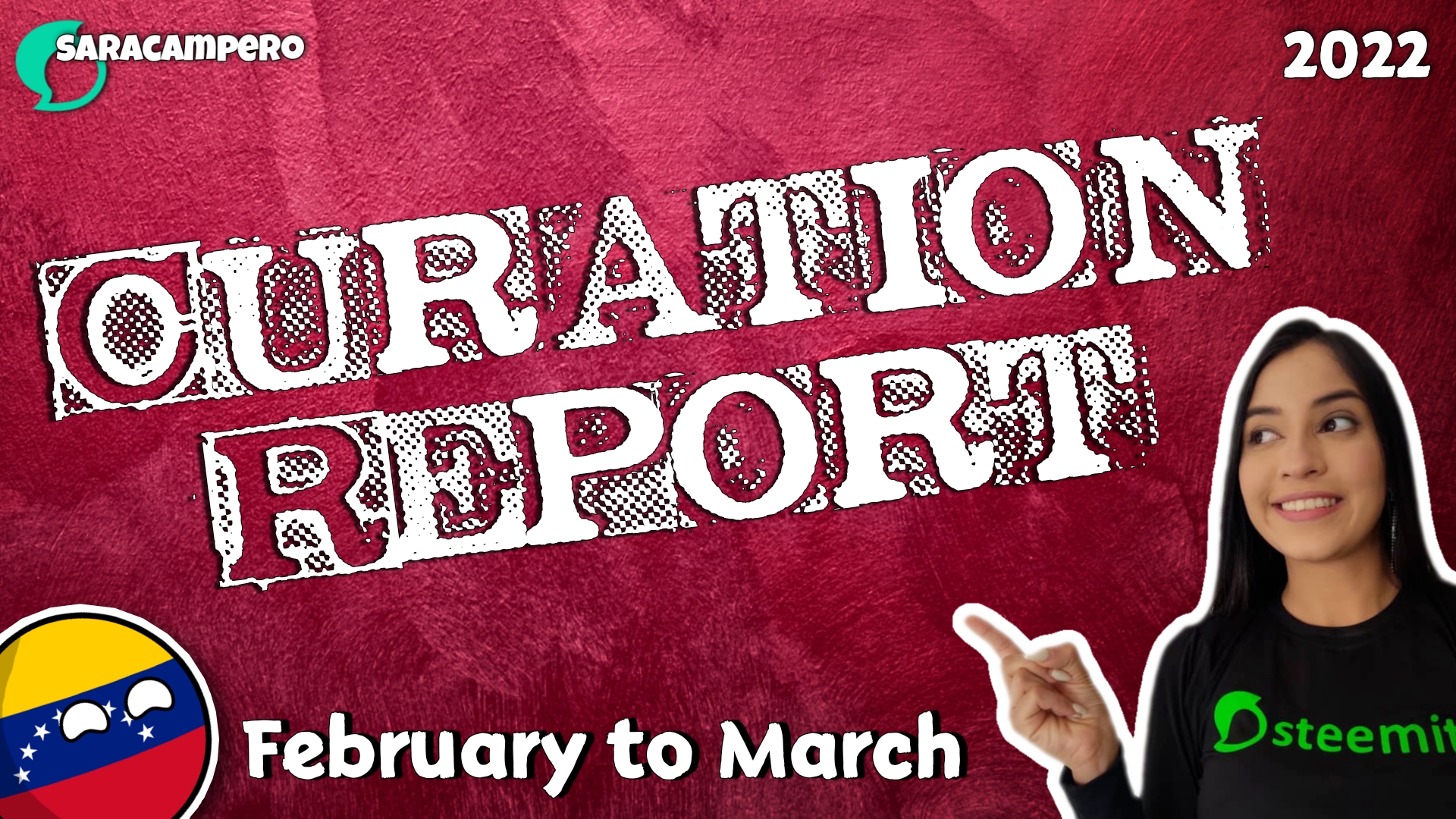 This is a post to tell my experience being part of the Community Curators for February to March team in the life and humanity category, during this time we used support account @steemcurator08, which counted 250,000 SP during the first week, but then it was recharged up to 500,000 SP by the Steemit Team, with the goal of supporting more people and with more rewards to the Steem community.

It was a nice experience, in this category I was able to read many authors from another country, because as a country representative I was only focused on authors of my language, but for this responsibility I had to go outside and read publications from different languages.

To my surprise I found that the Indonesian community is very large as well, and most of them are strongly involved with #thediarygame, especially in the correct use of the tag, as the first weeks I could notice that users from some countries were not using correctly the #thediarygame tag being impossible to find their post during the tag tracking.

We had two months of responsibility, because more than a prize or honor, it is a responsibility that needs time and disposition to select the right publications, and for the account to work and generate rewards for curation in the best possible way. Just one hour for one of these accounts to rest at 100% is detrimental to everyone, plus a certain amount of users are no longer supported, not to mention the curation revenue that is lost. Another responsibility was to select the best post of our turn to share in the weekly report and hopefully be supported by @steemcurator01.
#

Best posts selected during my 7 shifts

During these two months I had the opportunity to have 7 curation shifts, normally each week I had a shift of one day, where I had to verify and support the posts created during 24 hours, neither before nor after, for example the posts that were created during the day Wednesday at 12pm until Thursday 12pm, as well as the rest of the members (7 members, 7 days) during the other days. I was very happy with this team because everyone was very responsible and I recommend each member for any team they wish to put together.

We also try as much as possible due to the category to support no more than twice users per week, so we can support more users.

Part of the rewards was to be able to receive a 100% vote from @steemcurator08, which reward I decided to decline, after seeing the rewards I accumulated from the first report. **You may wonder what I did with this 100% vote?

A personal decision, believing to do the fair thing for the community, I decided to choose any good post created during my turn and give this 100% vote, which should have been for me, but I did it this way, as a way to give a better reward to a better post of this day, and it is something that many people should do, but we see that most people are only for rewards. And it's something that I will certainly do if it were my turn to be part of a new team.

Honestly, what I did was to exchange the vote, that is, to the second best publication of the day I gave the vote to 100%, while I gave me the vote with the % designated for users 40%.

These were the 6 publications that I decided to support with this 100% vote, which was to be for me:

Performance during my shifts

Now, I will show you my account delivery by using @steemcurator08, where you will see the amounts of times I supported different users, communities, nationalities, etc.
#

Upvotes distributed by users during my 7 shifts

Upvotes distributed by countries and communities during my 7 turns

This kind of report was made as a personal idea, so that all new curators can be guided and learn from my mistakes as well. I hope you find it useful

Finally I thank @steemitblog for the great opportunity to fulfill this responsibility, and the Steemit team (@steemcurator01 and @steemcurator02) for supporting the selected posts in our reports, and also for rewarding our 7 reports during these two months. Next month I hope to apply for the category I like the most, in an interesting team.