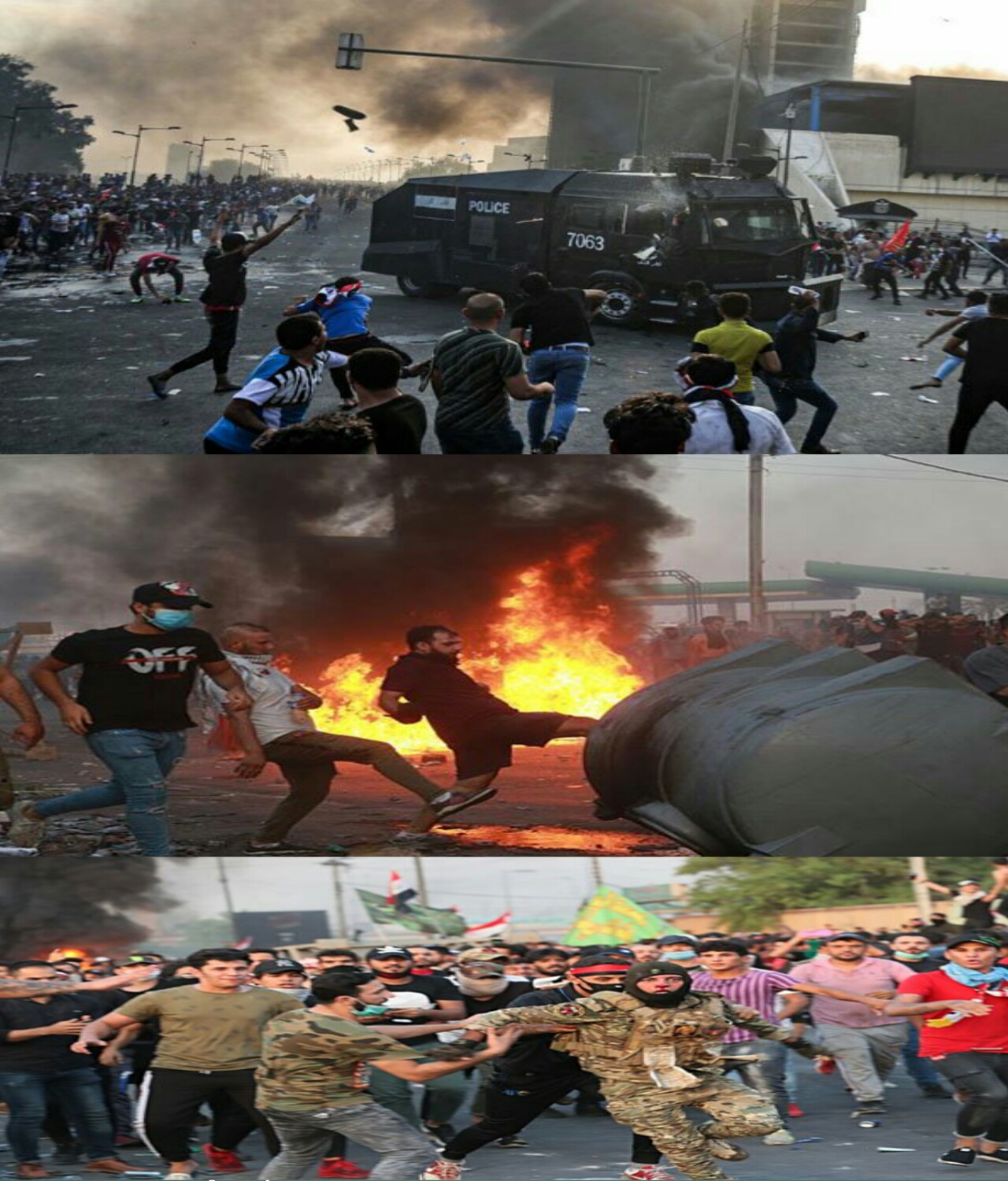 Baghdad: Forty-four people were killed in clashes between police and protesters in anti-government protests in Iraq.

According to the International News Agency, anti-government protests in Iraq continued to intensify despite curfew enforcement, forty-four people were killed and dozens were injured in clashes with police during the three-day protests. Protesters have demanded the Prime Minister to resign.

Thousands of protesters took to the streets a week ago to protest against corruption, unemployment and mismanagement, but protests intensified when Iraqi Prime Minister Adel Abdulhadi al-Mantefki tried to crush the protesters on the brink of power. Security forces also used tear gas to disperse the protesters.

Meanwhile, Prime Minister Adil Abdul Mahdi has told protesters that his demands have been heard and now he should return to his house. Difficult and stringent decisions, such as curfew enforcement, were made in the context of security for the country, which was never intended to draw political opposition from the protesters.

On the other hand, the protesters have refused to end the protests till the end of corruption, the provision of jobs and the removal of corrupt ministers, saying that it is not enough to hear the demands, the street protests will continue till the demands are approved.

It should be noted that by profession, economist Prime Minister Adel Abdul Mahdi took office in October last year, also served as finance minister in the interim government and vice president of Iraq from 2005 to 2011 and oil minister from 2014 to 2016. There are