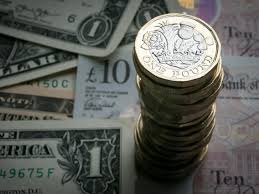 Money plays a crucial role in facilitating economic exchange. Before its advent
millennia ago, goods were primarily exchanged for the promise to return the favour
in the future (ie trading of IOUs).
However, as societies grew larger and economic
activity expanded, it became harder to keep a record of ever more complex IOUs,
and default and settlement risks became concerns. Money and the institutions
issuing it came into existence to address this growing complexity and the associated
difficulty in maintaining trust.
Money has three fundamental and complementary roles.

It is: (i) a unit of
account – a yardstick that eases comparison of prices across the things we buy, as
well as the value of promises we make; (ii) a medium of exchange: a seller accepts it
as a means of payment, in the expectation that somebody else will do the same;
and (iii) a store of value, enabling users to transfer purchasing power over time.4
To fulfil these functions, money needs to have the same value in different
places and to keep a stable value over time: assessing whether to sell a certain
good or service is much easier if one is certain that the received currency has a
guaranteed value in terms of both current and future purchasing power. One way
to achieve this is by pure commodity moneys with intrinsic value, such as salt or
grain. But commodity money by itself does not effectively support exchange: it
may not always be available, is costly to produce and cumbersome in exchange,
and may be perishable.5
The expansion of economic activity required more convenient moneys that
could respond to increasing demand, be efficiently used in trade and have a stable
value. However, maintaining trust in the institutional arrangements through which
money is supplied has been the biggest challenge. Around the world, in different
settings and at different times, money started to rely on issuance by centralised
authorities. From ancient times, the stamp of a sovereign certified a coin’s value in
transactions. Later, bills of exchange intermediated by banks developed as a way for
merchants to limit the costs and risks of travelling with large quantities of coinage.6
However, historical experience also made clear an underlying trade-off, for
currencies that are supplied flexibly can also be debased easily.7
Sustained episodes
of stable money are historically much more of an exception than the norm. In fact,
trust has failed so frequently that history is a graveyard of currencies. Museums
around the world devote entire sections to this graveyard – for example, room 68
of the British Museum displays stones, shells, tobacco, countless coins and pieces of
paper, along with many other objects that lost their acceptability as exchange and
found their way to this room. Some fell victim to the expansion of trade and
economic activity, as they were rendered inconvenient with a larger scale of use.
Some were discarded when the political order that supported them weakened or
fell. And many others fell victim to the erosion of trust in the stability of their value.
History proves that money can be fragile whether it is supplied through private
means, in a competitive manner, or by a sovereign, as a monopolist supplier. Bank￾issued money is only as good as the assets that back it. Banks are meant to
transform risks, and therefore, under certain extreme scenarios, confidence in
privately issued money can vanish overnight. Government-backed arrangements,
where assuring trust in the instrument is a centralised task, have not always worked
well either

. Far from it: a well known example of abuse is the competitive
debasement of coins issued by German princes in the early 17th century, known as
the Kipper- und Wipperzeit (clipping and culling times).8
And there have been
many others, up to the present-day cases of Venezuela and Zimbabwe. Avoiding
abuse by the sovereign has thus been a key consideration in the design of monetary
arrangements.
The quest for solid institutional underpinning for trust in money eventually
culminated in the emergence of today’s central banks. An early step was the
establishment of chartered public banks in European city-states during the period
1400–1600. These emerged to improve trading by providing a high-quality, efficient
means of payment and centralising a number of clearing and settlement operations.
Such banks, set up in trading hubs such as Amsterdam, Barcelona, Genoa, Hamburg
and Venice, were instrumental in stimulating international trade and economic
activity more generally.9
Over time, many of these chartered banks functioned in
ways similar to current central banks. Formal central banks, as we know them today,
also often emerged in direct response to poor experiences with decentralised
money. For example, the failures of wildcat banking in the United States eventually
led to the creation of the Federal Reserve System.