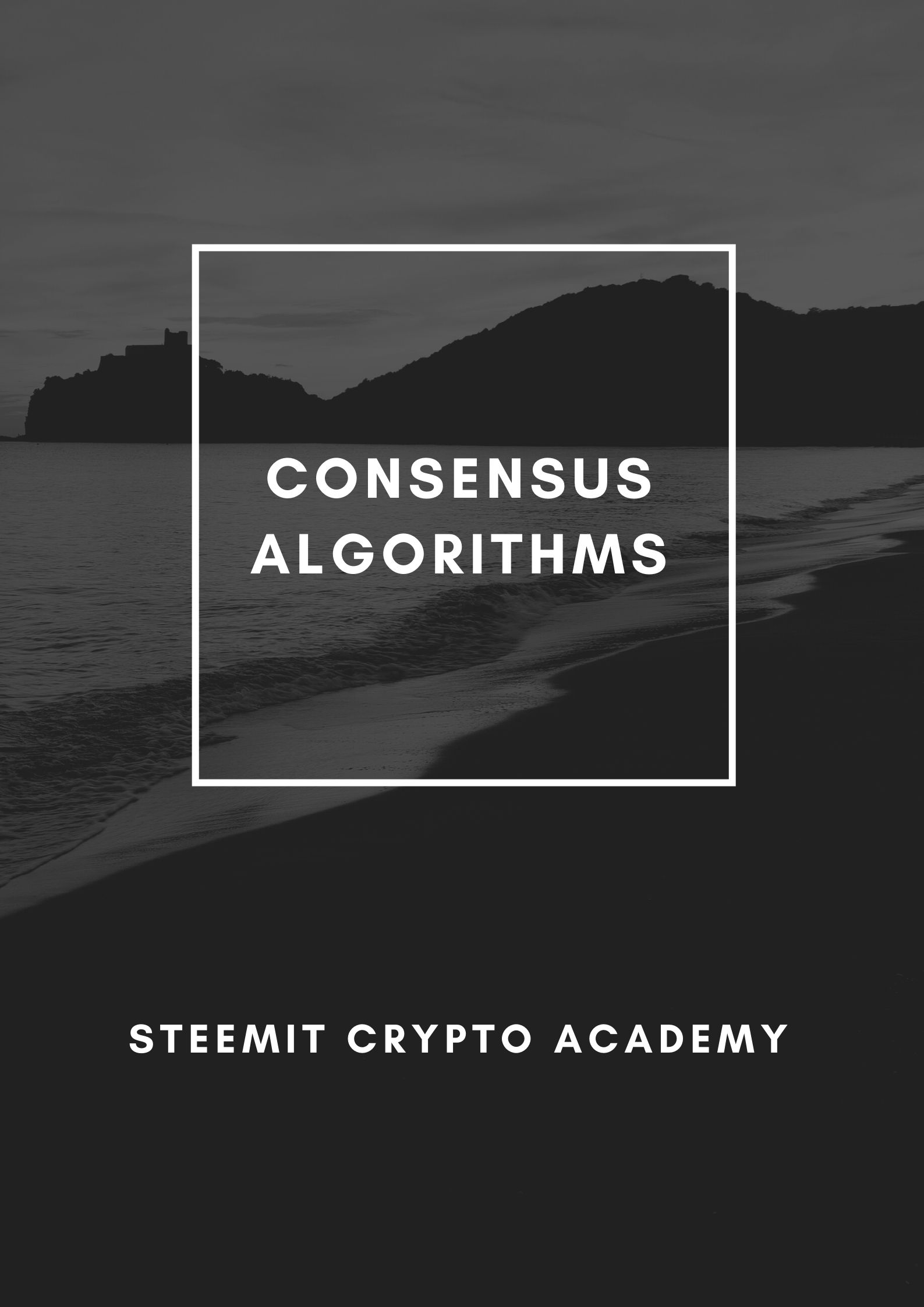 This is Sami Zuberi , hope you all are well. I am exceptionally hope set aside a few minutes for perusing my homework post for @alphafx and valued it. Here i am going to impart my views on Consensus Algorithms. So how about we begin

What are Consensus Algorithm.

Consensus algorithms are a method for a group of computers or central servers to come to an agreement on what is valid. People have used various types and flavors of consensus algorithms, each with its own set of properties or tradeoffs in terms of how stable the arrangement is and who gets to vote on what. However, the purpose of a consensus algorithm is to control which network participants get to set the state of truth that everybody else supports and decides on in general.

I choose Proof Of Capacity.

What is Proof Of Capacity?

Proof of capacity is a fascinating process in which you must prove that you have more storage capacity on your hard drive in order to mine a stack. Until mining, the machine produces plots, which are massive data sets. Plots should be saved to a hard disc. The more plots you have, the more likely you are to find a block to mine. Evidence of capability comes in a variety of forms, including proof of room and proof of storage. Instead of using the mining system processing power or the miners stake in the crypto coins as in the proof of stake algorithms, proof of ability requires the mining device in the network to use their limited hard drive space to determine the mining rights.

Meaning and Explanation of proof of Space:

Proof of space post framework, also known as proof of storage park, is a method of demonstrating a genuine interest in a facility, such as sending an email, by allocating a non-trivial volume of memory or disc space to address a problem posed by the service provider. Proofs of space are somewhat similar to proofs of work, with the exception that memory hard functions are used instead of CPU bound functions. Proof of storage is similar to proof of room, in which a verifier sends a file to a proffer, who must persuade the verifier that the file has been processed.

Emerging of proof of capacity.

Proof of capacity has emerged as one of the potential solutions to the issue of excessive energy use. The problem with proof of work is that it encourages crypto coin hoarding rather than investing, while proof of stake encourages spending.

Utilization Of Proof of Capacity Throughout:

Proof of capacity uses in following :

Since participants outsource file management to an external vendor, proof-of-capacity is subject to centralization. To address this problem, PermaCoin's proof of retrievability necessitates simultaneous easier to read to blocks in randomly generated order this explicitly enhances resource bandwidth in the situation of external provider storage, lowering the laborer's prospects of coming up with a solution.

Participants are expected to spend their hard disc space rather than engaging in costly computers or wasting coins in the Proof of Ability consensus. Validators with more disk space have a higher chance of being chosen to mine a next block and obtaining the block incentive.

Well organised work, but too scanty. Your work is missing explanations on plotting and mining, and a whole lot more.