A Warrior With Responsibility || Movie Review || The Gladiator !! || A Must Watch 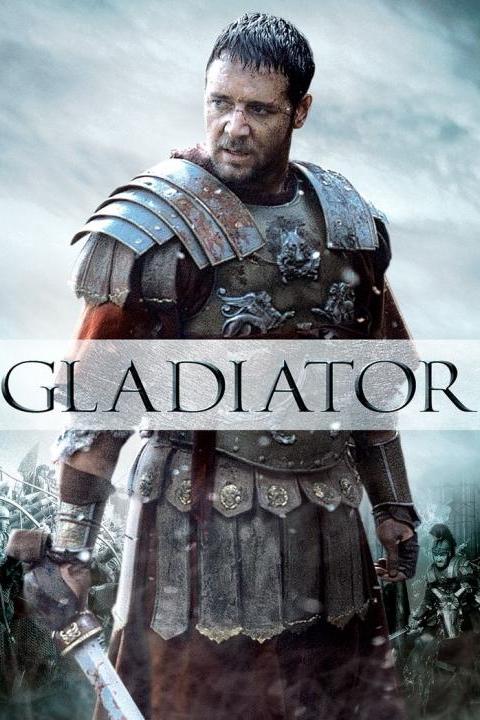 Hi guys this is Sameer its my first time on this beautiful community #WritingReview, but I am hopeful that it wont be my last this post is based on the review of a movie that I think has left its mark on the viewers for ages not only that it is considered to be one of the best #Historical Dramas of all time.

But most of you guys must be thinking what's new about my review hundred of people has given review about this movie before as it was released in the year 2000. But trust me this review is not going to be that same old review in which a person has just explained the movie, in this review I would also be sharing my view that what I felt.

So without wasting time the movie picks up from the event when Maximus our hero who is a general loved by his people win's the war at the start. Later the ageing King of Rome Marcus Aurelius after the war had finished came to meet Maximus and celebrate the victory among his men. Please note that Aurelius is an old man and on the verge of death it is expected that he is going to soon announce his successor who is most probably going to be his son Commodus, Here I would like to raise a point that Commodus is an greedy man who has always thought that his is going to be the successor of the thrown of Rome, Commodus and his sister Lucilla is also on there way to join there father with the thought that the old king is going to announce Commodus as his successor. But to there disappointment the old king who was fed-up of the wars that his tenure has witnessed has the dream that Rome which is on its decline could see its golden era again and he thinks that # democracy is the only way to save Rome and he knows that his son is not capable of the responsibility to make Rome a democratic state with the proper system development.

Here is the twist is the plot when Marcus Aurelius appoints Maximus as the worthy successor and gives him the sole responsibility to see through his tenure as a king in which he develops such a system of democracy where the rightful representative of the people are selected and they make decisions for the people's betterment(In my view he was a great man who had the vision for future). But this is not taken well by Commodus who kills his father and order's to kill Maximus too. But Maximus the brave general is able to escape and rushes back to his home village were his sees that his family and the people he loves are burned to ashes.

Maximus is broke( I think that it was not such a wise move from Commodus as we all know that a wounded lion is far more dangerous the Lion himself as the wounded Lion fights like there is no tomorrow). Maximus with the revenge on his mind seeks for the way to avenge himself and to fulfil the promise and responsibility given to him by the late Marcus Aurelius. Maximus who was injured while he attempted the escape from the execution that Commodus ordered, he buries his son and wife and collapses due to injuries were he is picked by the slaves and taken to the city of Zucchabar were he is sold to a man who trains people to be a gladiator by the name Proximo.

Maximus who is a man on a mission starts fighting in local tournaments and gain popularity son as his military skills help him to get recognition among people as a great fighter, Proximo who sees the potential in Maximus to become the greatest gladiator that the world has ever scene opens up to Maximus about his past that once Proximo used to be a gladiator himself and tells him that he was freed by the great man Marcus Aurelius himself( Here I who was totally in the movie and had been making my assumption about the characters came to the conclusion that Marcus Aurelius was a kind hearted ruler who always though about peace and wished to attain the peace for his people.). Proximo advises Maximus that the love of people or the love of common people is the source to achieve greatness for a gladiator.

Shifting the focus towards Commodus who in Rome is struggling to rule and bring his vision and his court's vision on the same page announces the Games that would be to honor his late father these games would run through the period of 150 days. This mean that Maximus is going to Rome where he would see his arch nemesis Commodus again...
Now to know what happened further u guys are advised to watch the movie.

MY VIEW ABOUT THE MOVIE:

The movie is great and has the best depiction of revenge, honor, responsibility and promise #RussellCrowe has done justice to the role of the great general turned gladiator Maximus.... The story line is gripping and the always has the something to offer to it audience, the cast for me is the perfect one selected by the casting team so a huge kudos to them for such a fine work. Every member has done justice to the script and the screenplay will leave u shocked !! I would give it a solid 9 on the scale of 10 for the rating...

I would like my readers to please watch this historical drama as the fine piece of cinema is hard to come your way in this day and age.

This was all from my side today I hope you guys like my work and appreciate me !! Looking forward to the future and share more review and piece of writings in this community with you guys.