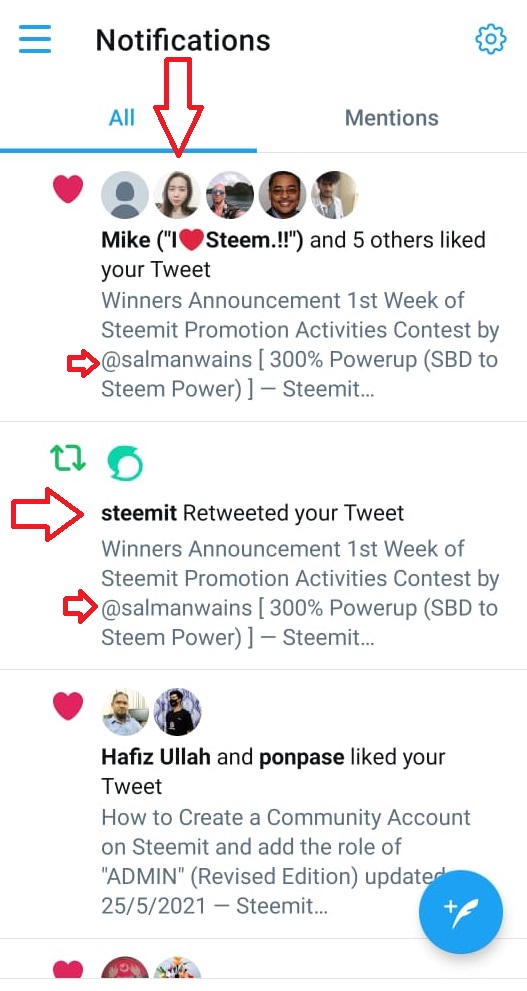 This is salmanwains, Punjab Police Officer of PSCA. I hope that you all are fine, healthy and doing great.

Today, I am very much excited and happy. Because this is the First time my Tweet has been Re-Tweeted by @steemit team on Twitter. (screenshot is below in the post)

Last week, Steemit Pakistan team has started a great initiative of Powering Steem 300% this week and I think we must all participate in this to power up 300% to increase our Steem power so that we can influence our fellow Steemains with our upvotes.

That's the reason I am powering up this post to 300%. I will convert all the SBD's to Steem which I will get from this post.

So, I am promoting Steemit on Twitter and other social media channels and getting good response from Twitter. Most of my followers regularly asks me about it and I guide them how they can start working on Steemit.

Yesterday, I did a Tweet about the Winners announcement of my Contest which was also about Steemit Promotion Activities. That Post liked by many Steemains on Twitter including @cryptokannon , @stephenkendal and Re-Tweeted by Steemit team.

Here are the stats of my Tweets on Twitter

For the betterment of Steemit as well as for the better future of your family members and friends. I suggest all of you to promote Steemit on other Centralized Social media platforms like Twitter, Facebook and Instagram, WhatsApp. So that more people get benefit from Steemit.