What I've learned from 40 Half Marathons 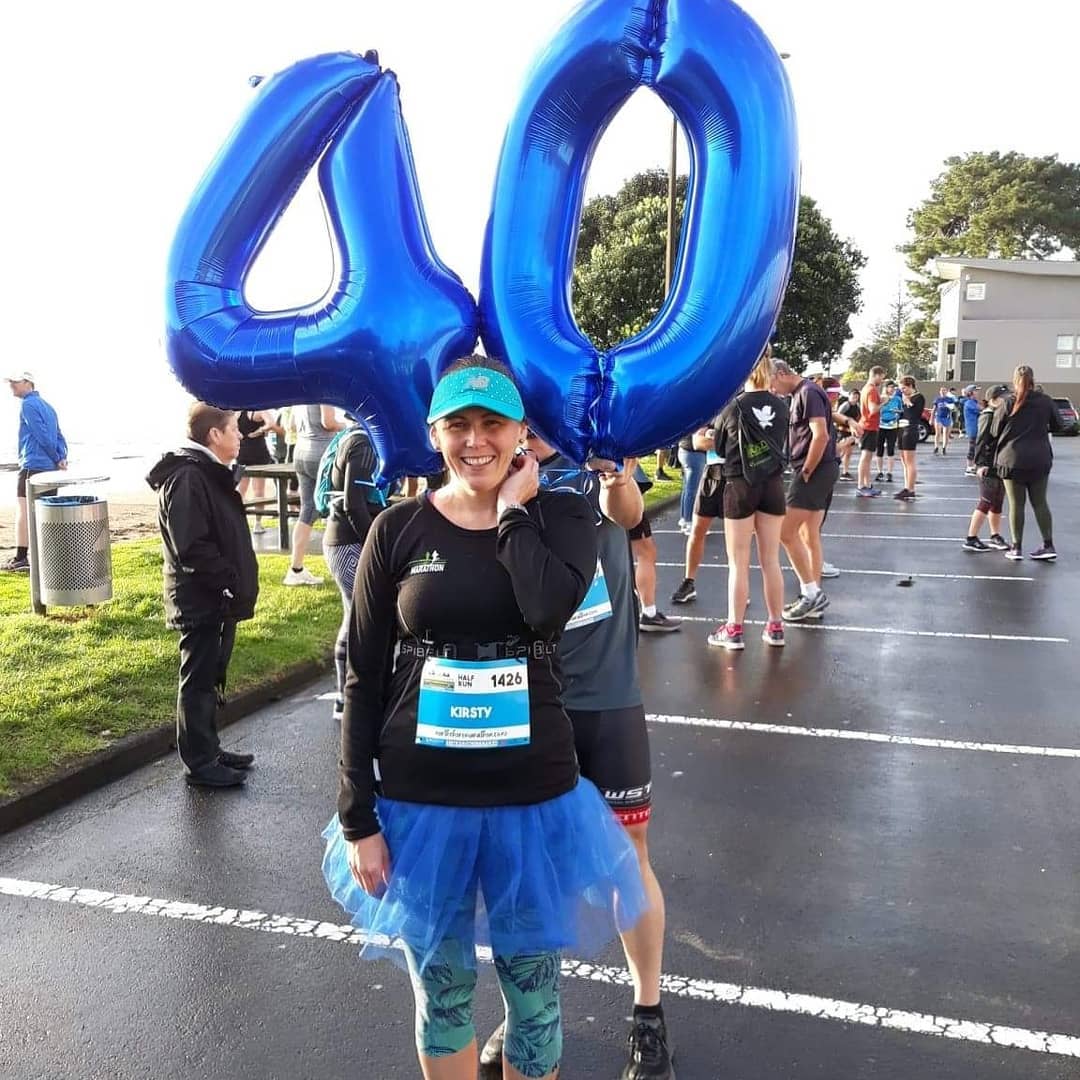 My 40th half marathon on my 40th birthday.

On Sunday I completed my 40th half marathon on my 40th birthday. I had aimed to run with 40 friends and although I do have a lot of active friends I don’t quite have 40 who’d be keen to run a half marathon with me!

My first half marathon was in 2004 in Dunedin. I expected that I would run around 2:06 to 2:10 for it. I ran the first 14 kilometres with a friend who later dropped out and surprised not only myself but everyone else by finishing in 1:59. My parents missed seeing me finish by a few minutes.
It took a few years for me to run my next half marathon but then I began to run a string of them when I first moved to Auckland. I won’t write about all 40 of them but some of the ones that have stood out over the last 15 years.

The award for my toughest half marathon goes to the Hamilton Island Hilly Half. It was two laps around the golf course at Hamilton Island in the Whitsundays, Australia. While the venue and course were stunning there didn’t seem to be a flat bit at all. I took the first lap quite conservatively and tried to run as much of the uphills as I could (although at stages they were so steep that you had your hands on your knees). Because I took the first lap conservatively I managed to pass lots of people on the second lap (which is always fun) and ended up coming away with 4th place. My slowest half marathon (to date) but I would highly recommend for the challenge and location.

Before the Hamilton Island Half Marathon- on Whitehaven Beach, Australia.

In just over a month I will be toeing the line for my 6th Auckland Half marathon (and my third year as a pacer for 2:10). Why do I love the Auckland half marathon? Nothing beats running over the Auckland Harbour Bridge, knowing there is about 7k to go and you can hear the finish line. Don’t get me wrong, running up and over the bridge is hard but going down the other side and the views from the top of the Auckland CBD makes it worth it. I am privileged enough to pace the 2:10 half marathon and that has also been so rewarding, I have made new friends each time and love that I am supporting them to their time goal.

My Personal Best (PB) for the half marathon (of 1:43) was set over 5 years ago in Christchurch. Christchurch boasts a flat course. That year it was still being run out at the airport since the CBD was impacted by the 2011 earthquake. The airport course, in my opinion, was better than the city course, it had less turns and the road surface was a lot better, but I can understand the significance for Cantaburians of running through the “red zones” of the city. In 2013, the temperatures were icy but there was no wind or rain (and there was even ice on the road at one place) so I wasn’t as affected by the temperature.

With my glass of wine after the Hawkes Bay Half Marathon.

Both of these half marathons I did this year and I have gotten some of the best times recently (1:46 and 1:45 respectively). They both have very different scenery too. Hawkes Bay started by running through an orchard in Hastings and then finished along the waterfront at a winery (and with a free glass of wine!). It was mostly off road but on hard packed trails. Southern Lakes half marathon began 21k out of Wanaka and ran into the town finishing along the lakeside. It was a mostly downhill gradient, and the view of the lake is breathtaking (although that might not be a good thing in the last 2k of a race when you need all the oxygen you can get).

Standing in the very cool waters of Lake Wanaka after the run.

What have I learned?

The easy answer to this is so much! I have gained so much from running: friends, fitness, good health and I have learned a lot about myself; my strengths, my weaknesses.
Even though I have done 40 half marathons now I still respect the distance. I still need to train for it, and can definitely feel the effects of the race afterwards (two days after my last race and my legs are still a bit stiff but that may have been the hills on the course!). I am guilty of saying “oh it’s just a half” and I try and stop myself from saying that because I realise that for some that is a really long way (actually it’s a long way for all of us). However, I do believe that everyone is capable of completing one- and walking is just as valid as running. A 2 hour half marathon is the same distance as a 3:30 half marathon!

Amazing accomplishment, 40 half marathons is quite the achievement. Especially because you do it for the love of the sport and the love for your body and mind! Kudoos!

Nice accomplishment! I could barely run couple of miles. :)

I did my first half at 52, but hope to run a few more and maybe even a full marathon.

That's the plan. It's around 6 half marathons a year. I'm doing 9 in total this year!

Good to see your post did so well. Have a !BEER

To view or trade BEER go to steem-engine.

Hey @run.kirsty.run, here is your BEER token. Enjoy it!

Be careful, there is a weird guy lurking behind you in the top image.

Happy belated birthday and congrats on completing your 40th half marathon!

RUN RUN RUN
and have a !COFFEEA

What an impressive achievement! Congratulations on both your birthday and the half!

Congratulations, your post was discovered and featured by @OCD in its daily compilation #406!

With this nomination you will be able to use @ocdb - a non-profit distribution bot for whitelisted Steemians. We usually add everyone nominated at the end of the week. :) Check our website for the whitelist, queue and delegation info. Join our Discord channel for more information