Where Do We Go From Here Price Wise - Price Predition Time 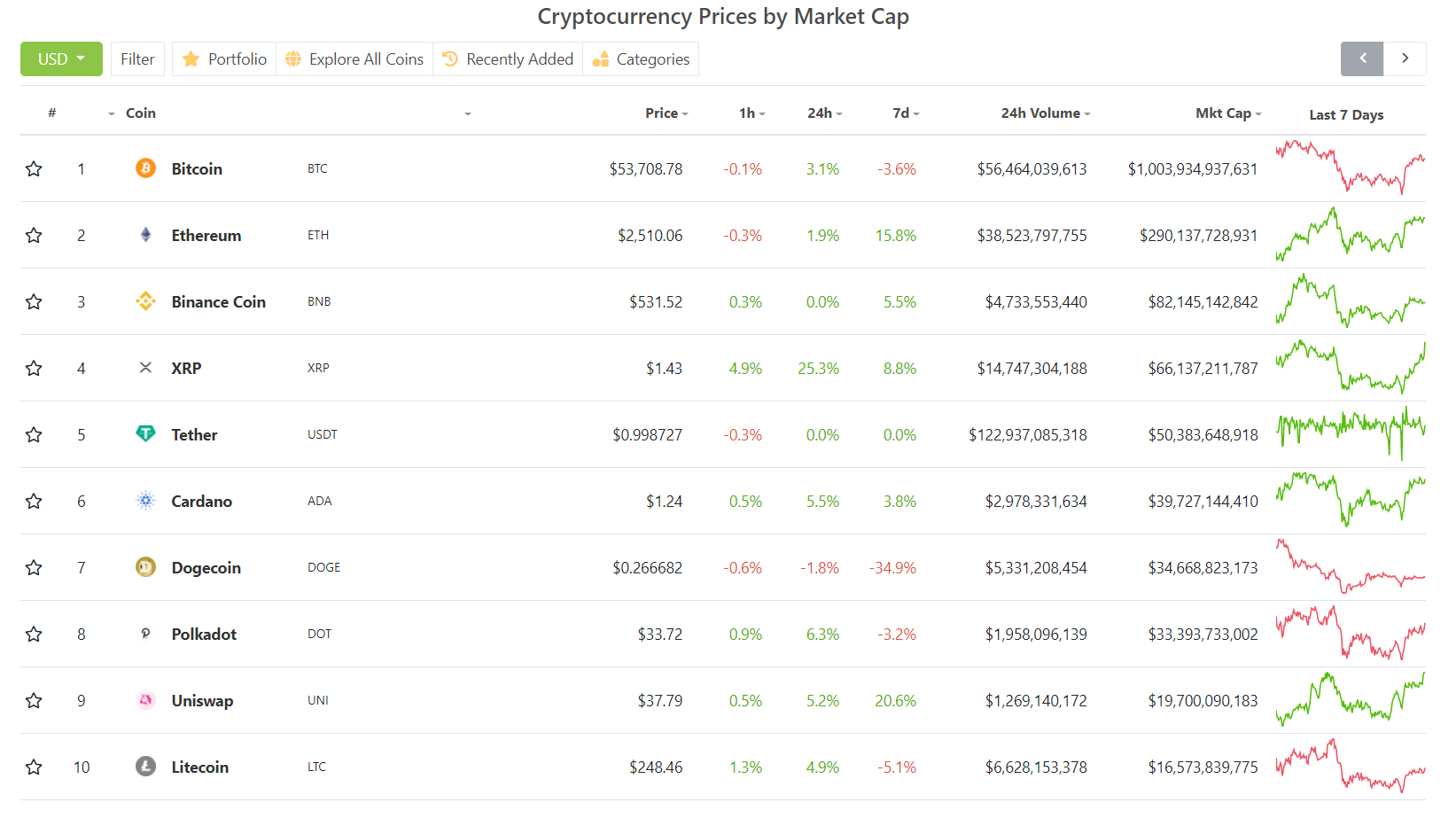 So after a rocky past couple days the market as a whole seems to be recovering pretty quickly and very well. Those who had some dry powder on the sidelines and some guts were able to see some pretty nice returns today and in the last 48 hours.

A lot of alts seem to be separating from Bitcoin and seeing higher gains. Bitcoin is up 3.1% on the day where as we have XRP up over 25%, Stellar 12%, Monero 9.7%, Avax 14.1%, ENJ 16.5%. Pancake Swap is down 0.7% on the day but is still sitting near all time highs and has rode these bumps out very well. It's also climbing its way up the coin rankings to under the top 30 sitting at $32.72 at the time of this writing. Goes to show a coin that pays to be held isn't going to be sold of as quickly. It's for this reason I really like CAKE token from Pancake Swap and CUB Token from Cub Finance aka CubDefi.Com.

Not to get off topic but when people say "this time is different" regarding a potential pullback or crash, others will say quit saying that, it's not different. This is one main difference today versus 2017 at the height of things. Back then there were very few staking opportunities or opportunities to earn interest that were easy to access for your average user. There was no incentive to hold onto something. Today that is different. Exchanges like Coinbase, Binance, Voyager and Kraken allow even noobs to easily stake and earn nice interest as well as platforms like BlockFI. With there being a financial benefit to hold and even moreso to stack when prices are down these types of coins seem less likely to take a hit, or at least as severe of a hit.

Thoughts for the next week and the next month. ETH could go absolutely parabolic any day now and shoot to 5K, it could also trade sideways or even retrace back to $2,100 levels. Doesn't look like ADA is going to be doing anything super exciting in the near future so likely some sideways trading there, though you can earn 5.5% staking on your own or even 5.25% APR by letting your ADA sit on an exchange like Voyager.

Dogecoin likely will trade sideways or maybe fall to $1.10, although Elon could Tweet some crazy shit and drive prices up to a buck, anything is possible. Litecoin will likely continue it's run back up to $300, Solana will top $60.

Pancake Swap will continue to surge in price nearing $50. I see Pancake Swap blowing up and gaining attention over even Binance Coin, though use of Binance Coin also spurs use of BNB but I see people getting more excited about CAKE than BNB.

I'm a lover of CUB Finance and don't plan on moving anything off the platform however I'm a little less bullish on CUB Token and really just see it trading sideways, possibly nearing $4 though I still hold out hope that the platform will gain the attention it deserves and the CUB Token should be trading around $10. Unfortunately adoption has been a little slower and the longer it takes the less likely it is. The Kingdoms should be cool but the Bridge seems expensive and a bit underwhelming, though it was something I was initially very excited about.

Well that's it for the predictions, we'll see what happens.