Cub Finance is Holding Up Nicely 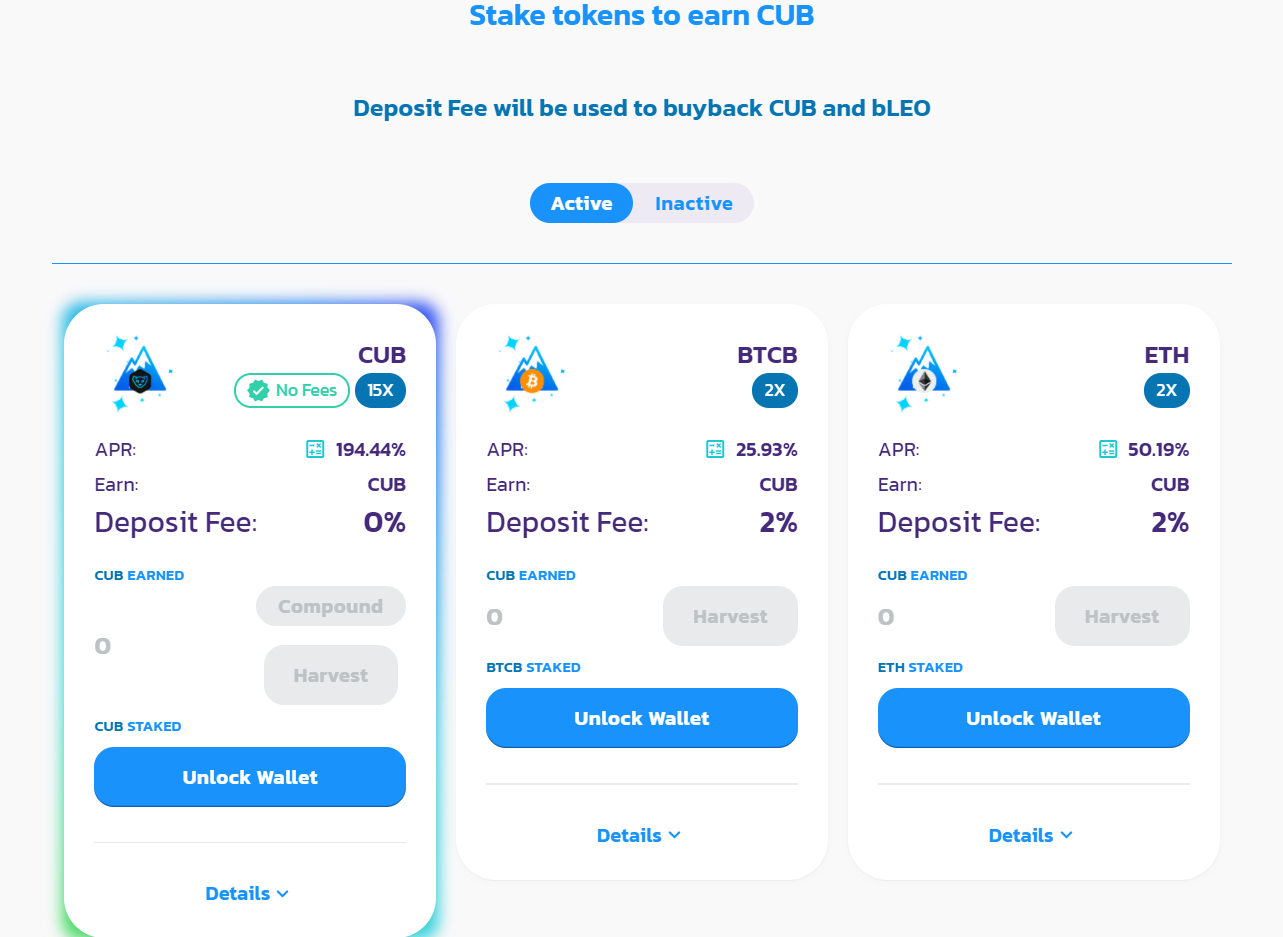 I got into Cub Finance probably a little over a month ago. I don't think I paid super close attention to the price as I just wanted to get involved with a small amount and learn how these Binance "Defi" Platforms worked, though I guess I probably got in somewhere near $3.50.

We saw Cub Token drop down below $2, but held that $1.90 or so level and fairly quickly began a steady uptick hitting a high of around $4.72. Cub has come down a bit recently, but then again all alts are down right now for the most part.

It looks to me like Cub is going to hold this $3 mark, and depending on what BTC, ETH, and alts do it will likely move accordingly.

I do think the platform needs some further growth. Coin Market Cap doesn't show the market cap so I'm not sure how much that has grown or remained the same, but I don't hear as much buzz outside of Steemit/Hive/Leo or sites like Reddit or Twitter which leads me to believe there's a lot more out there to dive into this platform once it gets on more people's radars.

I'm expecting to see a $10 Cub by the end of the year and am enjoying the daily passive income. I think a solid strategy is compounding when Cub prices are low and selling off and DCA'ing into other coins when Cub surges.